I haven’t cranked out pictures as much lately. My intent was to work on my writing this month, but life and work intruded. Uninspired to write last night, I searched for something new to render. This cute little LEGO creature offered me a nice diversion. 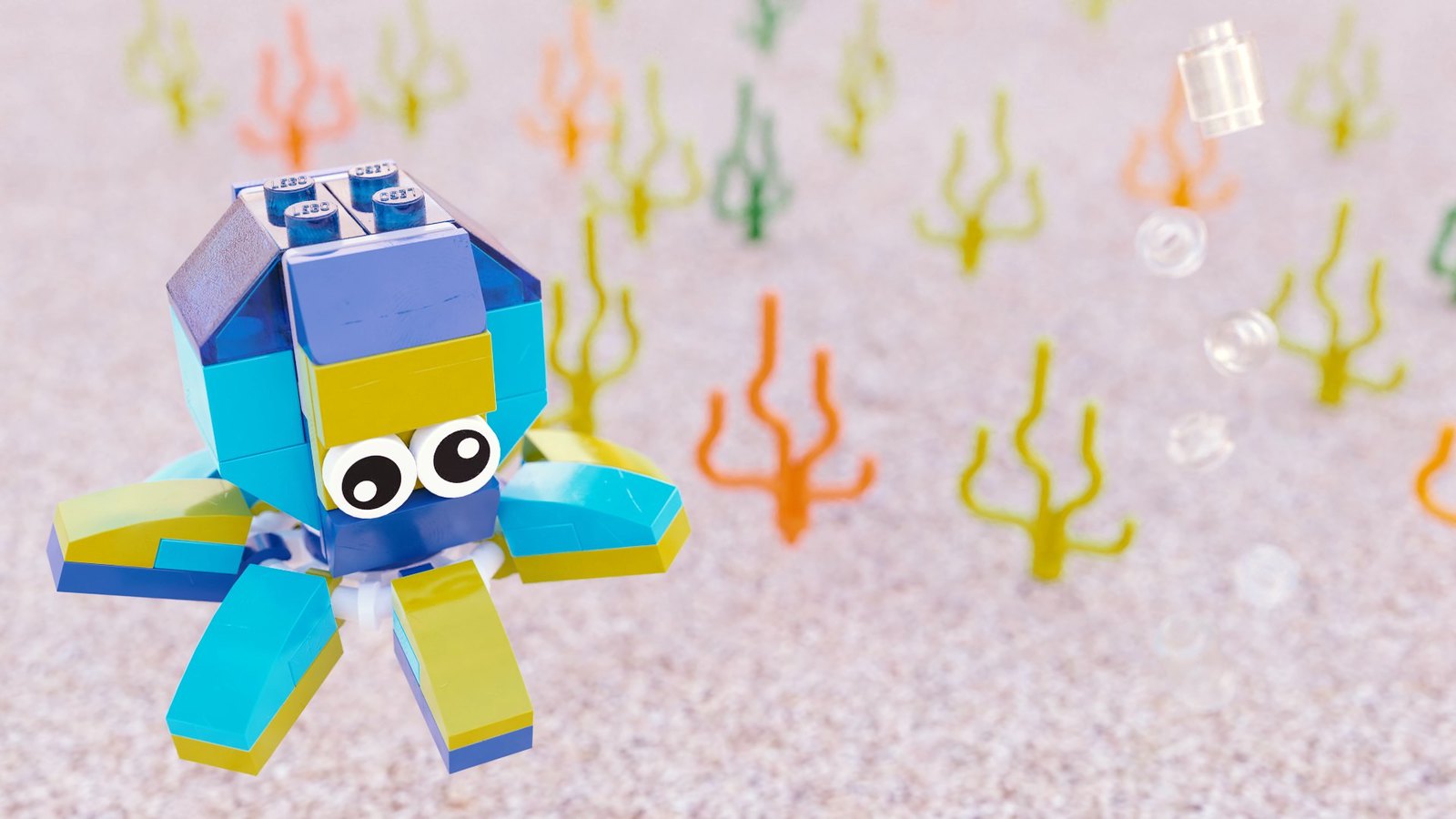 Floating by.
LEGO has had some pretty great mini builds lately, and July’s set looks pretty good. Like June’s it includes eyes and a nice of use of transparent and different colored pieces. Props to LEGO for using those vibrant colors that they released with the Creator sets.

Since Kamteey had already built the model, I grabbed a copy to adjust for my scene. I wanted some bubbles and a few other background items to add interest. Once done, I exported the scene to pull into Blender.

Since I now use the Mecabricks add-on, I decided to put a little effort into creating a better template. I liked having the ground and model placeholder from the original template. So, I spent some time importing it into the default denoising template. I then adjusted the windows for how I like to work—something I actually care about now.

Talent without discipline is like an octopus on roller skates. There's plenty of movement, but you never know if it's going to be forward, backwards, or sideways.
– H. Jackson Brown, Jr.

Render me, not!
Yet, I had a few problems when I tried to render. The eyes and some of the materials weren’t showing up. Confused, I thought I’d exported it wrong. Nope, that wasn’t it. Then, after a few moments of confusion, I wondered if Stubs had updated the add-on. Apparently so.

Once grabbed, I completely forgot how to import it—guess a few weeks away will do that. After a short struggle, the brain kicked back in and I was off and working once more. Yet, by then I’d imported and recreated the scene a few times more than I should have.

Once rendered, though, I didn’t like it. It looked too flat without depth, so I added some focal blur this morning and rendered it again while at work. The added blur corrected the depth problem and focused the eye on the little octopus. Joy!