With my Advanced Blender script buy, I decided to revisit my Waterfall model. Created using various LEGO CAD software, it is a study in tools as much as rendering. As such, I thought it would be fun to compare its evolution to date, and review how it has improved over time.

Adventures in lighting—9/4/2010.
My first attempt at a waterfall scene, created using LEOCad, is the most different. Different design aside, I rendered it using POV-Ray’s radiosity setting. The scene is too dark and lacks volume. 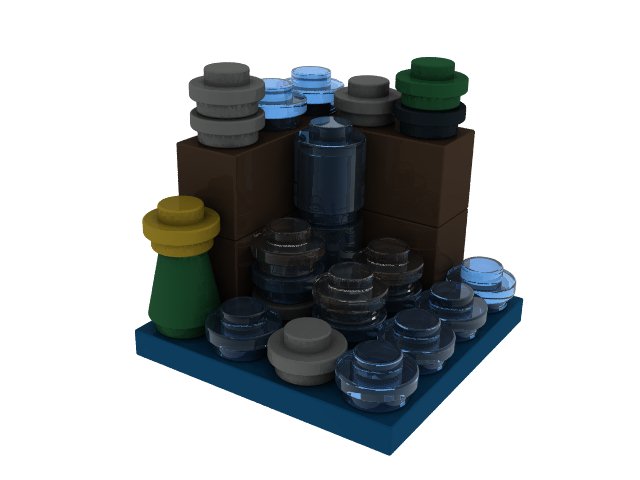 Waterfall—9/6/2010.
A few days later, I built a new version using LDD. Through a convoluted process, I moved it into POV-Ray. Once there, I rendered again with better radiosity settings. Not bad, but I can do better. 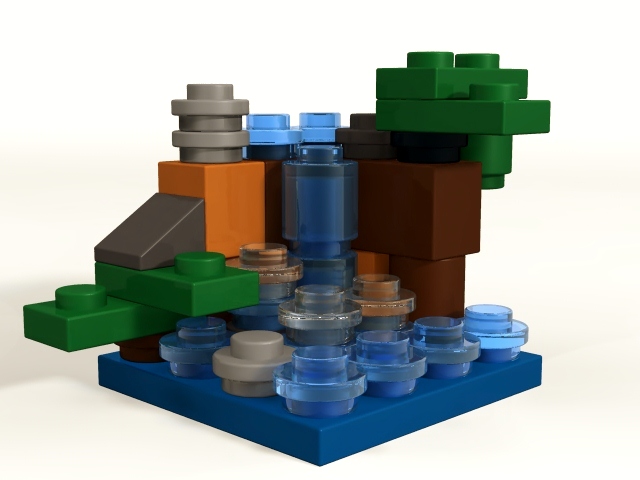 Waterfall v2 (Updated)—9/16/2010.
Still not content, I fiddled around with the process and created this final render for 2010. Besides using more accurate colors and bricks, I made minor orientation changes. My goal was to make it look less like a render with some success. 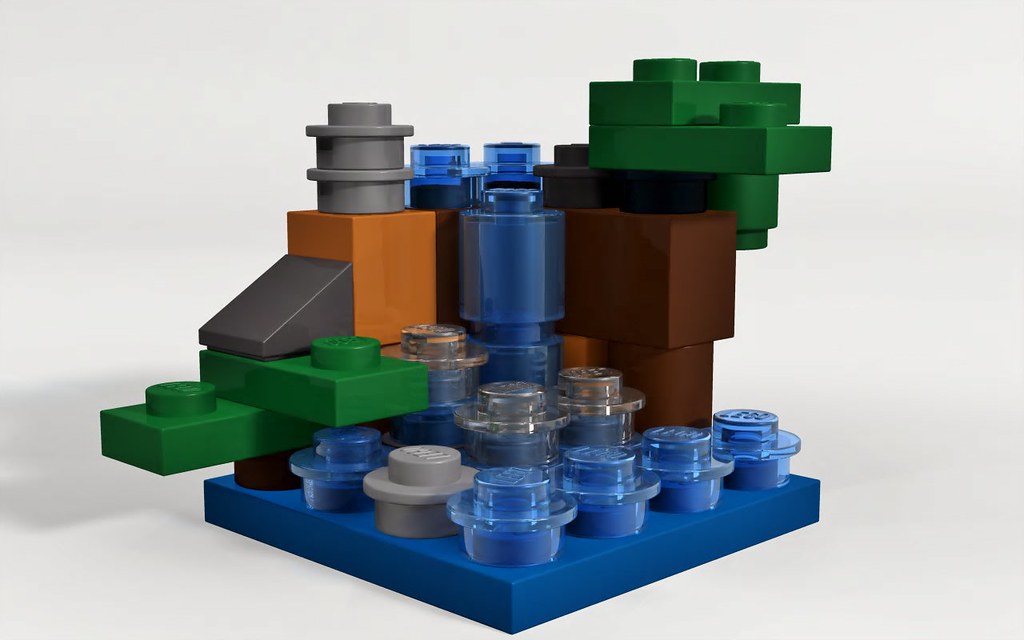 Waterfall 4⨉4 (MB/Blender)—6/8/2016
Skipping forward six years, I grabbed my old LDD model and imported it into Mecabricks. My first render Blender, is is an improvement over my POV-Ray versions. The studio HDRI provides better and more realistic lighting to the scene. Although, it suffers from being too dark. 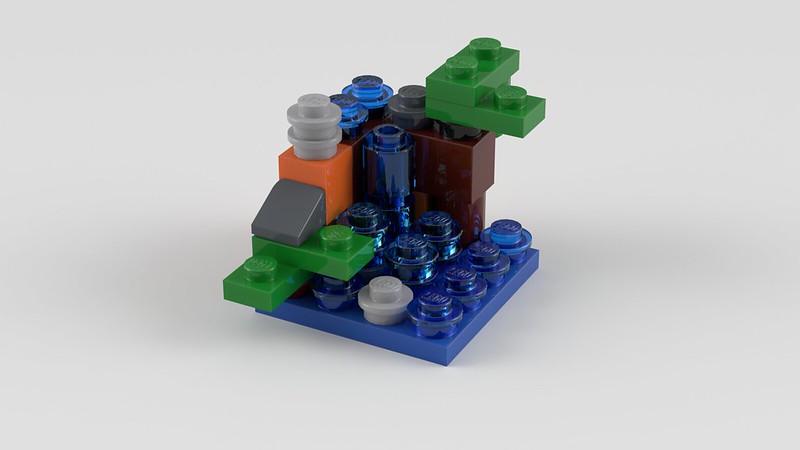 LEGO Waterfall 2017—3/24/2017.
Nine months a year later, I thought it would be nice to render it once more with Scrubs’ Advanced Blender script. It amps up the realisim by adding fingerprints, scratches and non-flat bricks. The latest version improved the transparent materials, which should help this model.

Rendered with filmic blender, the studio lighting looks better. Color corrected, the lighting is better than before. Like my last POV-Ray version, I modified the brick orientations to be more random. I also subdivided the round surfaces. As a final fix, I reduced the fingerprints a bit. They are still there, but not as obvious. 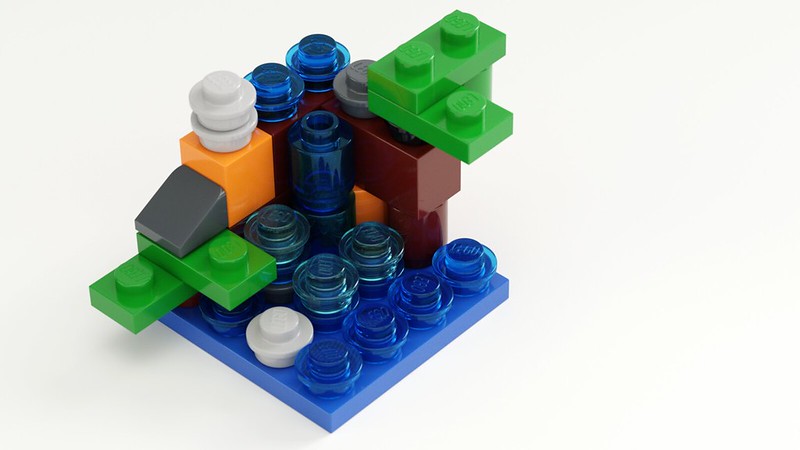 Not a bad journey for a six year old design. Through various tools, techniques and engines, the model continues to improve. Pretty soon, you might not be able to tell it apart from the real thing.