This month’s program is a super simple graphic program I created in 1984 called The Monster. Probably developed as a title screen, the graphic looks like some swamp creature with seaweed hanging off it. I’m not positive what I was going for, but it does look rather imposing.

When choosing the program, I first checked that I hadn’t already typed it in. Searching my published programs, I did find another one titled The Monster. In that game, I made up a backstory about a submarine being disabled by an attacking monster. I now wonder if this monster was related.

This monster matches a bit given I themed the first program in water. It’s possible that it rose from the deep and attached our sub. But, I’m not sure it fits. This monster doesn’t feel big enough to do that sort of damage. I mean, it does feel larger than a human, but not much so. But, hey, maybe you're in a one man sub and this thing is more imposing than I envision. 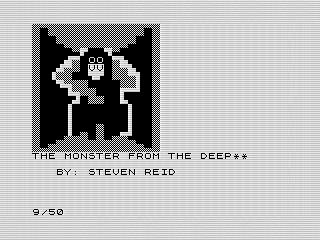 Feeling it is covered in seaweed, that does fit the theme with your sub slowing through it. Now that was a made up backstory, but is starting to align. The shambling monster probably is more aligned to a swamp than the open sea. But hey, it is from the deep. Maybe I shouldn’t question too much.

One of the cool things about ZX81 BASIC is that you can create entire screens out of a single print statement. As such, the listing for The Monster is a mere five lines. Two of those do nothing. The first is the REM statement at line 10. It is just ignored.

The second is the STOP command at line 50. Given the ZX81 will just halt when it runs out of lines, it isn’t needed. Now, to make things easier for non-ZX81 users I added two additional lines to auto-run the program. Those lines, at 60 and 70 aren’t part of the original program. But the STOP is useful in this modified version to avoid running them. 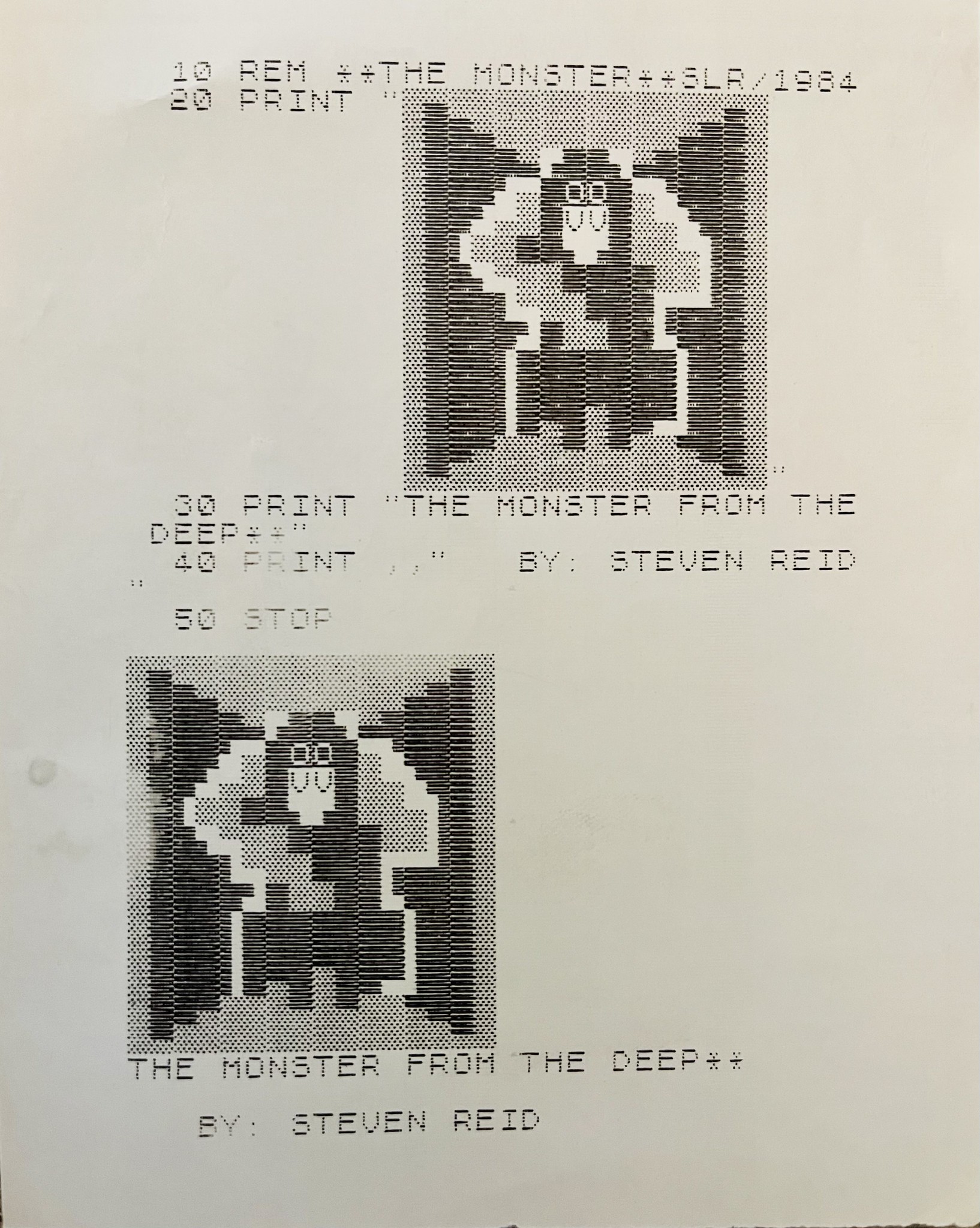 In all, the program just prints a nice title screen. Now, I could have used some tricks within the ZX81 to display just that title screen with no code. This is done by populating the display memory which is saved with he program. Many games do this to maximize code memory to display a full screen title that doesn’t take away from the program.

My programs never did this. Although aware of the display file, I never tried this trick myself. Partly, this is due to wanting to display the title screen between games in the few programs I used them with. The title screen is destroyed once you use the display file unless you do something to preserve it. Also, a lot of my titles were dynamic.

This title could easily be combined with my other program to add a bit more story to that game. Maybe scrolling some text to set up the game would be a nice addition. Given I didn’t remember that other game much, the new program would feel more complete.

Beyond the two titles, though, the graphic often made me think of another use. Nicely framed, the monster could have been used in some sort of dungeon crawler as a monster to fight. I did that with some other programs, and I could easily see myself doing the same with this one. I really like the picture. Creating more in that style would be quite fun and make for a great turn based RPG. The ideas are endless.