Sometimes inspiration arrives from odd places. For years, I have subscribed to BrinkSet’s newsfeed which serves up a random set of the day. A recent airplane set got me interested in playing with Mecabricks again. Plus Scrubs had released an update for his Advanced Blender Script. How exciting is it to flip through your feeds and end the day creating something. Even better, it sparked more renders that allowed me to escape pandemic news, if only for a bit.

1611 Martinair (Holland)
The first set that sparked my interest was a promotional airplane set for Martinair. Although a simple model, it was the tail wing that caught my eye. Built of bricks instead of a single piece, it looked like it would be an easy build in Mecabricks. It had been awhile since my last model and Scrubs had recently updated the Workshop. It felt like a good time to give it a try.

The build was smooth, with only a few pieces missing. The windows look to be printed on a 2x4 brick. In my first version of the model, I used a single white brick instead. Mecabricks didn’t have that piece, and I wasn’t in the mood to create a sticker. Sadly, I did have to use an alternative wheel base. The old style single wheel base I wanted is still missing—something I could use for other sets. I then ran a test render in Mecabricks proper to see how it would look.

Feeling good about the build, it was now time to update my render stack. I grabbed the latest version of the Mecabricks’ Advanced Script (2.1.5) and installed it. Then I got distraced. While setting up the scene, I changed my mind about that white brick. I decided that I’d rather have the red stripe down side of the plane, even if I was missing the windows. I went back and broke the 2x4 brick into three 2x4 flats, two of which were red. This looked pretty good and I exported and readied my render.

Funny enough, inspiration struck again while positioning the plane. While messing with the camera, I caught a nice underside view. It reminded me of old movies that got shots of planes taking off. Although not the scene I planned—more on that in a bit, it was the image I would render in Blender first. The effect came out quite close what was in my mind. Clean and simple works so well. 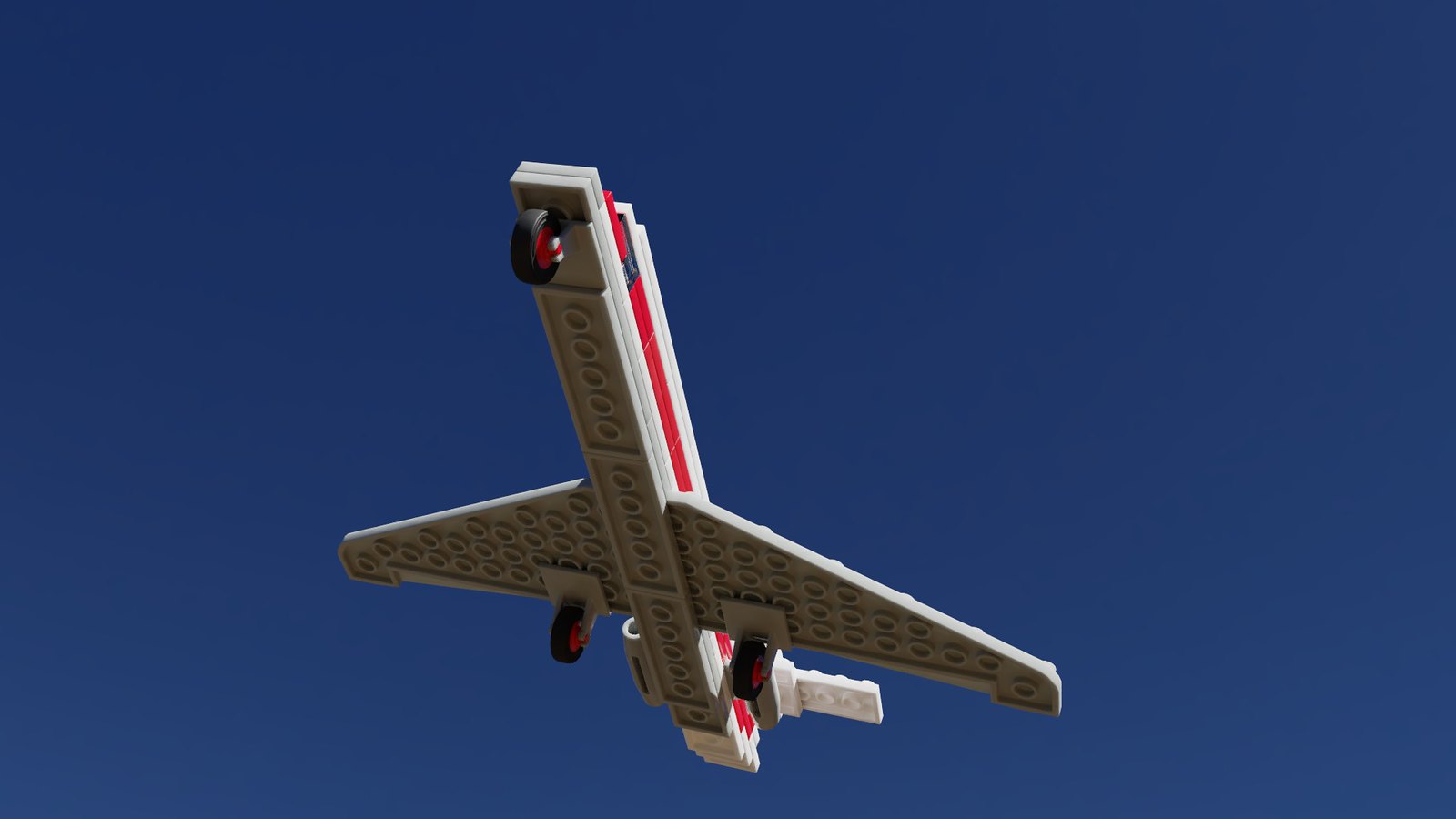 Done with that render, I went back to working on recreating the scene I built in Mecabricks. This was more traditional render using a cloudy sky picture I took a few years ago. My first test image looked fine, but the LEGO logo’s felt wrong. Thinking it might be because I was using an older 2.80 build, I spent some time updating Blender to the latest (2.82a). Once done, I was ready to render the final scene.

Although it matched my previous test render, it didn’t fix my perceived issue. The logos looked like they were glowing a bit. As a guess, it might be my lighting, where subsurface scattering is causing them to be a bit brighter. The effect was subtle so I decided to leave it. The rest of the scene looked good and matched my test image. The clouds added ambiance to the scene, although it feels a bit dark still 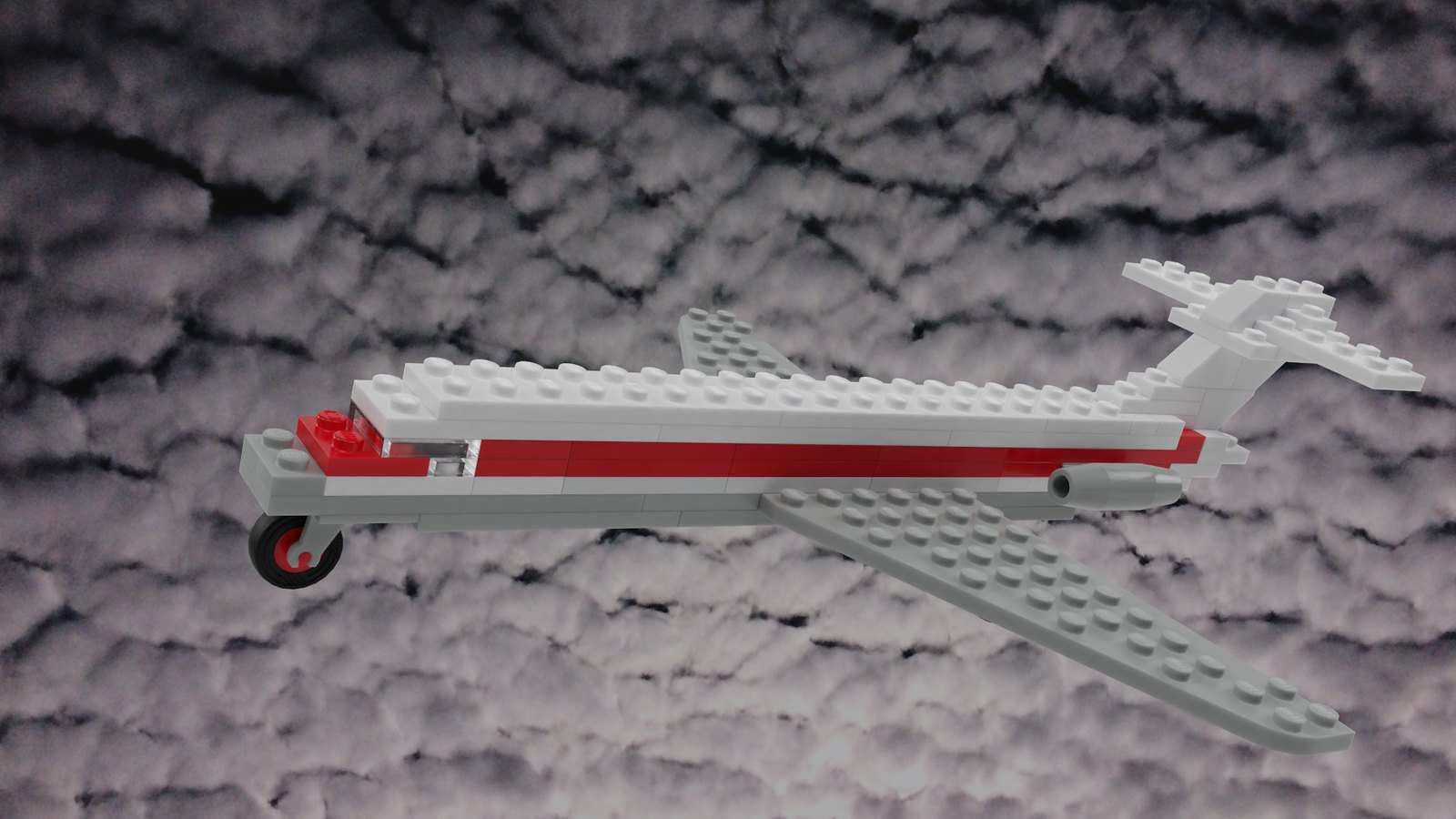 687 Caravelle Aeroplane
Although not a random set, that window brick from the previous build acted as my inspiration. Another promotional set, 687 also had an interesting built element. In this case, the two engines. Instead of using the engine brick, each one is built from a bunch of flat elements. Here is the model in Mecabricks for reference. They are supposed to have stickers affixed to them. Yet, as before, I wasn’t in the mood to add them. Funny enough, this design is five years earlier than previous set (1611), yet it uses a custom tail piece. Good design dictates the build.

In rendering the image, I decided I wanted to see the plane flying up as if taking off. My plan was to have a control tower in the background, but my search for decent HDRIs came up empty. I landed instead on an empty field—let’s pretend it’s the end of a runway. After some lighting and positing, the scene was set and ready to render. I quite like the way it turned out. 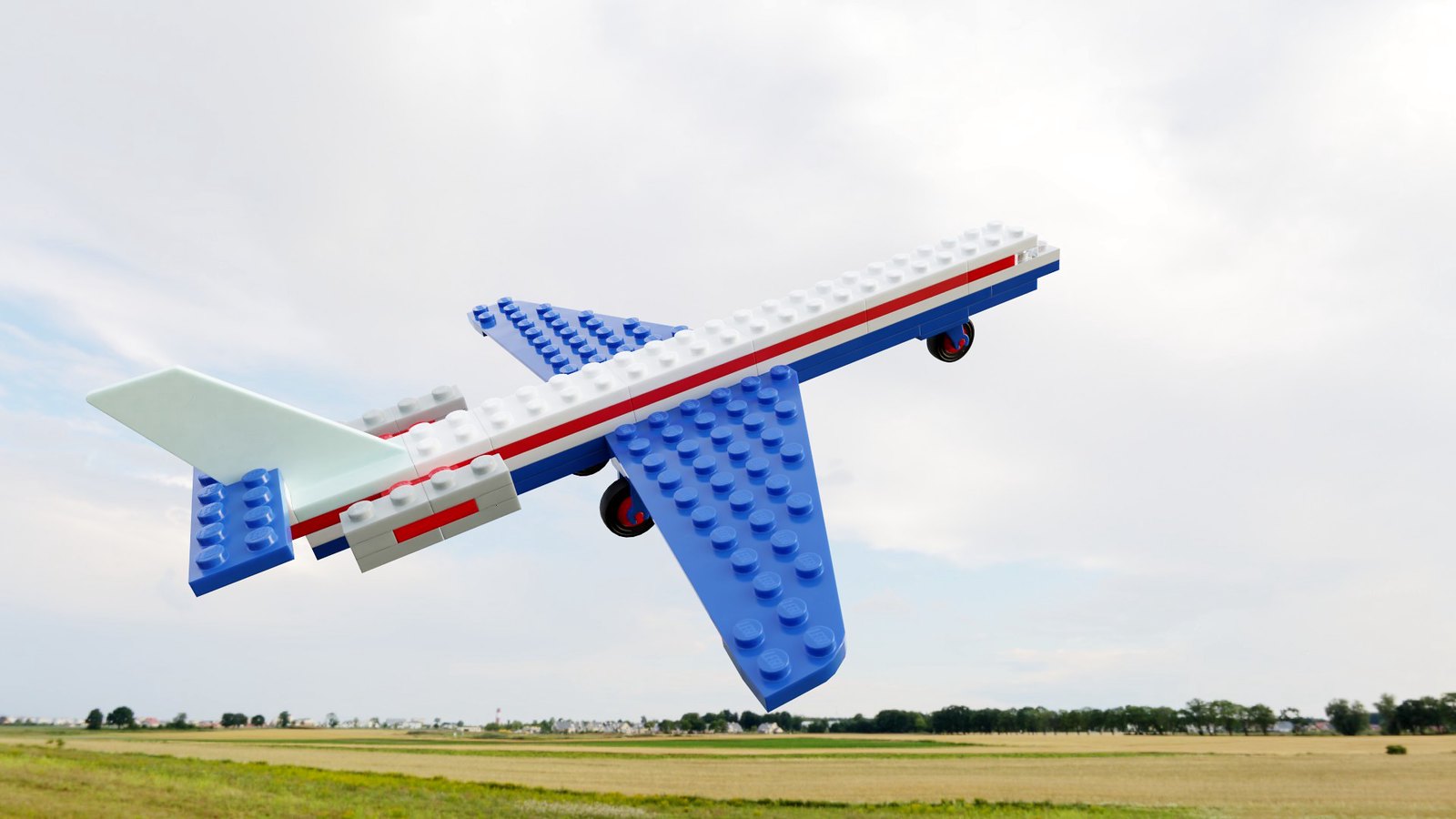 6666 Ambulance
My final render in March was a dynamic little ambulance set. No surprise, it also was a random set of the day on Brickset. The build went fast, even if a few pieces were missing. Positioning a few pieces, such as the back hinge and window, proved tricky. After swapping out a few parts, I found the process straightforward.

The render went equally as fast. I kept it simple and reused a background I created for a different render. I tried to keep the figures tight so I could fill the scene. The lighting I used is fine, but could be brighter. Even after some post processing, it feels a too gray. That aside, it looks realistic and interesting. 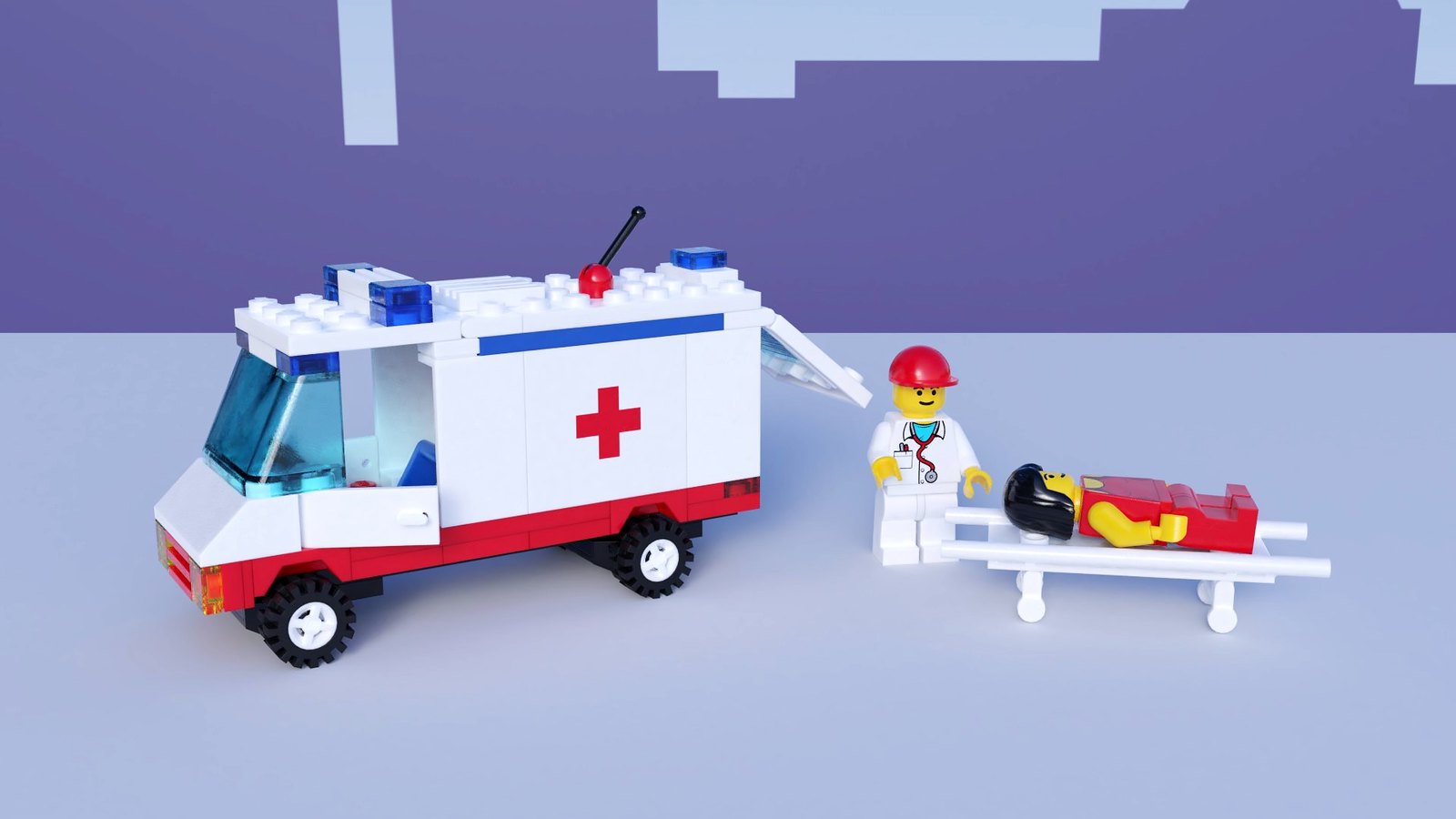 Locked in blues.
As so closed March. I spent the latter half of the month working from home as the COVID-19 pandemic spread across the US. Although happy to keep the family safe, it helps to have hobbies to stay sane. This appears to be the new norm. That’s okay, even if I miss meeting up with my running group, eating with my friends at our hangout, and generally be out. I’d rather the world be safe and, with it, my family and social circle.