Wandering through Mecabricks the other day, I ran across a fun pair of Mini-Katana’s by Shipmaster. Digging deeper, I also discovered his excellent Katana. Both models really appealed to me. Given my recent binge watching of Forged in Fire, both made for excellent subjects to render. As is usual for me, I promptly saved the models and fired up Blender.

Although the Mini-Katan’s were what caught my eye, it wasn’t my first render. Instead, my interest gravitated towards Shipmaster’s Katana creation. It is a great model, and I was impressed by the subtle curve and design.

My first render, below, was done using a darker light. I used a more overcast, reddish HDRI sky that I hoped would enhance the render. I liked the chocolate cast of of the lighting that set an evening mood. 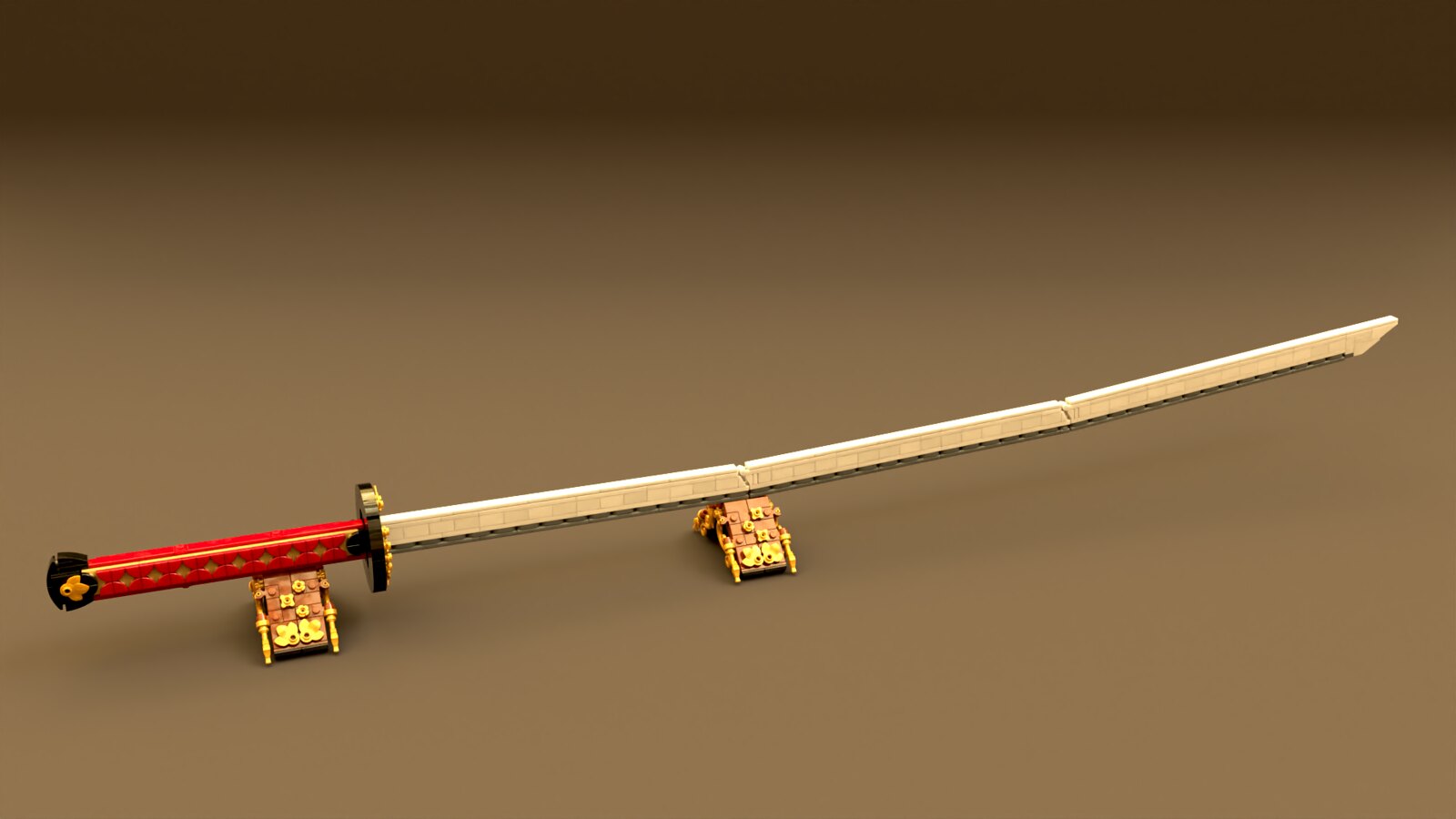 The lighting did trouble me a bit. Although I liked the darker browns, it felt too dark. I initially tried to adjust in post processing, but found the details lacking. I amped up the lighting a bit for the final version. After some minor color corrections, this version is still my favorite.

Even so, I also made a more traditional render with a studio light. I made a few renders from this image trying to find a nice balance of position and scale. Finding the detail lacking in some places, I decided to scale up the render. It still looks great at any scale, but the details are more obvious in its original size. 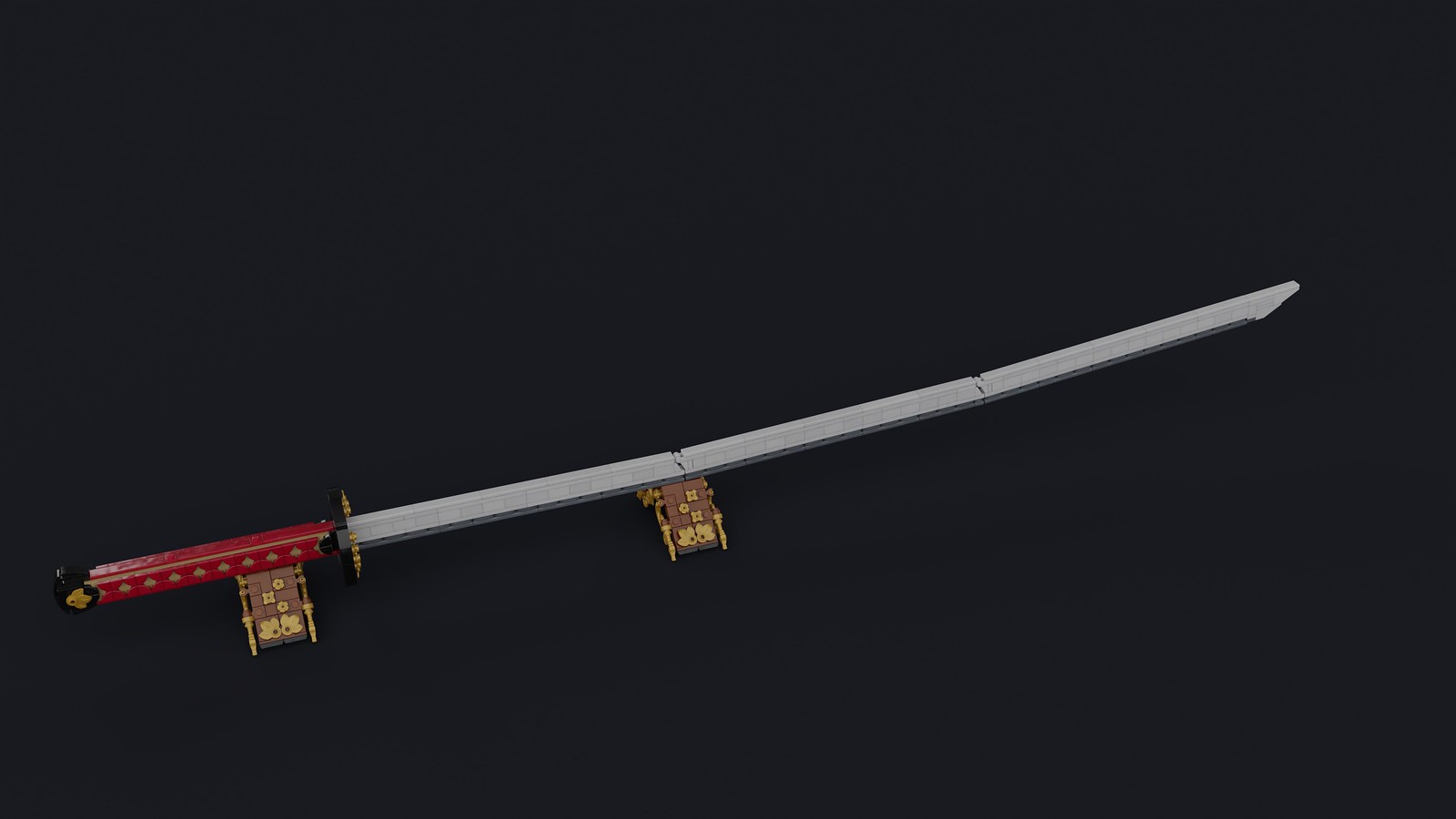 Returning back to that earlier model from Shipmaster, I began working on a new render.. The [https://www.mecabricks.com/en/models/qxv4X7plvdJ#jMomxb]Mini Katanas[/url] by Shipmaster have very interesting handle designs. As with Katana, I enjoyed the subtle curve of the shorter blades.

For this render, I attempted to make the scene a bit more interesting. I searched for some forge images that fit the mood of the blades that I could add as a backdrop for the render. I like that the backdrop reflects in the handles, adding a depth to the image. 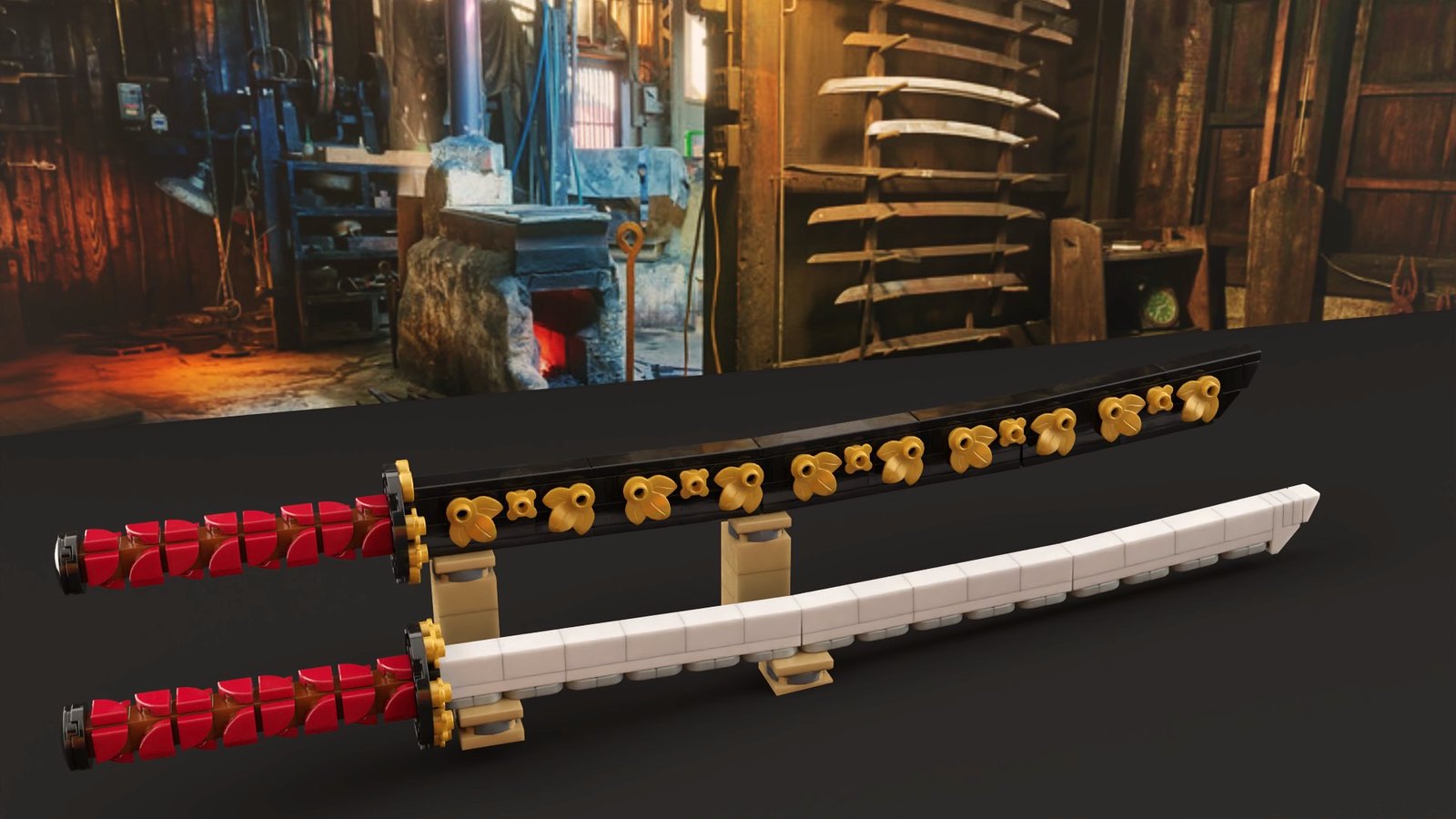 Mini Katana by Shipmaster by Steven Reid, on Flickr

I also had a fire image in the foreground, but I don't think it added much to the image. I was hoping you would see some orange or red reflections, but the LEGO parts just aren’t shiny enough for that. Dialing down the lighting might have helped.

Although I like the composition of the model, the edge of the table feels too flat. It isn’t unrealistic, edges can be sharp in real life. But the black felt a bit too clean against the more rustic back drop. Something to work on in future models.