Having spent spent my time with physical LEGO builds lately, my render output has dropped quite a bit. Getting around to visiting Mecabricks again, I ran across a nicely designed model by Furbysims of a Chalet. Since it lacked a render, I thought to myself, “I can add one!” So I did.

Furbysims did a great job taking the LEGO 349 Swiss Chalet from 1971 and modernizing it. The color shift to brown from the original white really looks great. Plus all that snow amped the overall ambience of the scene.

As usually, I did some quick edits in Mecabricks to position the figure then exported it. I was still using the 1.93 LTS from last July. For some reason I had to reload the Mecabricks add-in, but once I did it was easy to load and position the model. I struggled a bit with the HDRI, being a bit dark on the initial renders. After some tweaking, the final image feels cold and sufficiently bright for the snow. 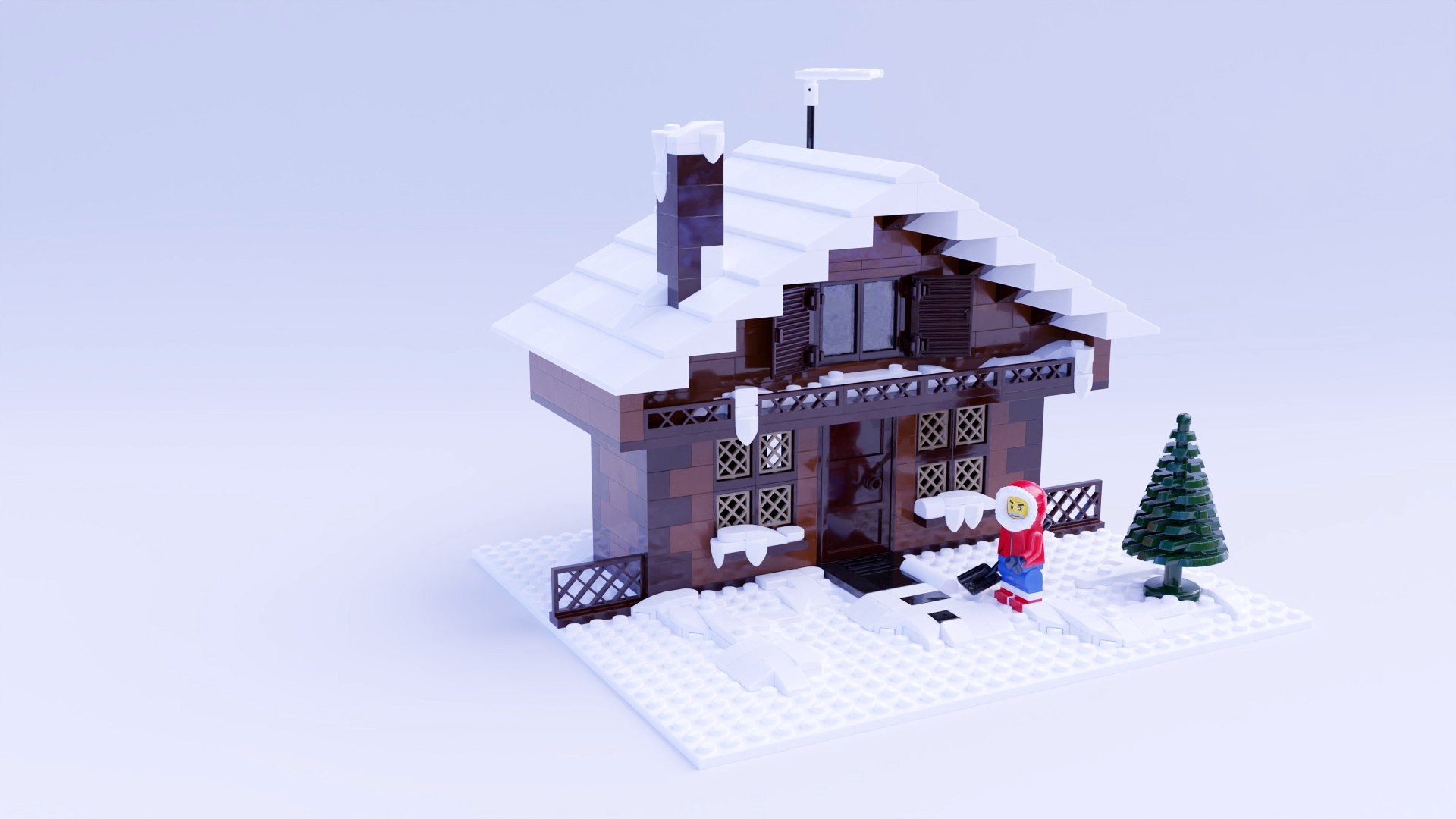 Chalet (349 rebuild) by Furbysims by Steven Reid, on Flickr

It was nice working with the Apple Silicon version of Blender again. The preview render is so much faster on my M1. My previous 2013 MacBook Pro required patience using preview to fine tune my image. Even the Intel version wasn’t much faster on my M1. I had none of those issues this time around.

Given how much time had passed, I expected I would struggle setting up the image. To my surprise, I picked things up quickly. Funny enough, my biggest struggle was remembering the shortcut key to position objects. Once I overcame that memory lapse, it took me no time to get everything setup.

# Taking a look back.

Having finished this, I decided I’d go back and see if I can render the original Swiss Chalet as a comparison. I thought I might have already rendered it, but a quick search proved otherwise. There are some older parts I will need to import that will make it a more difficult build. 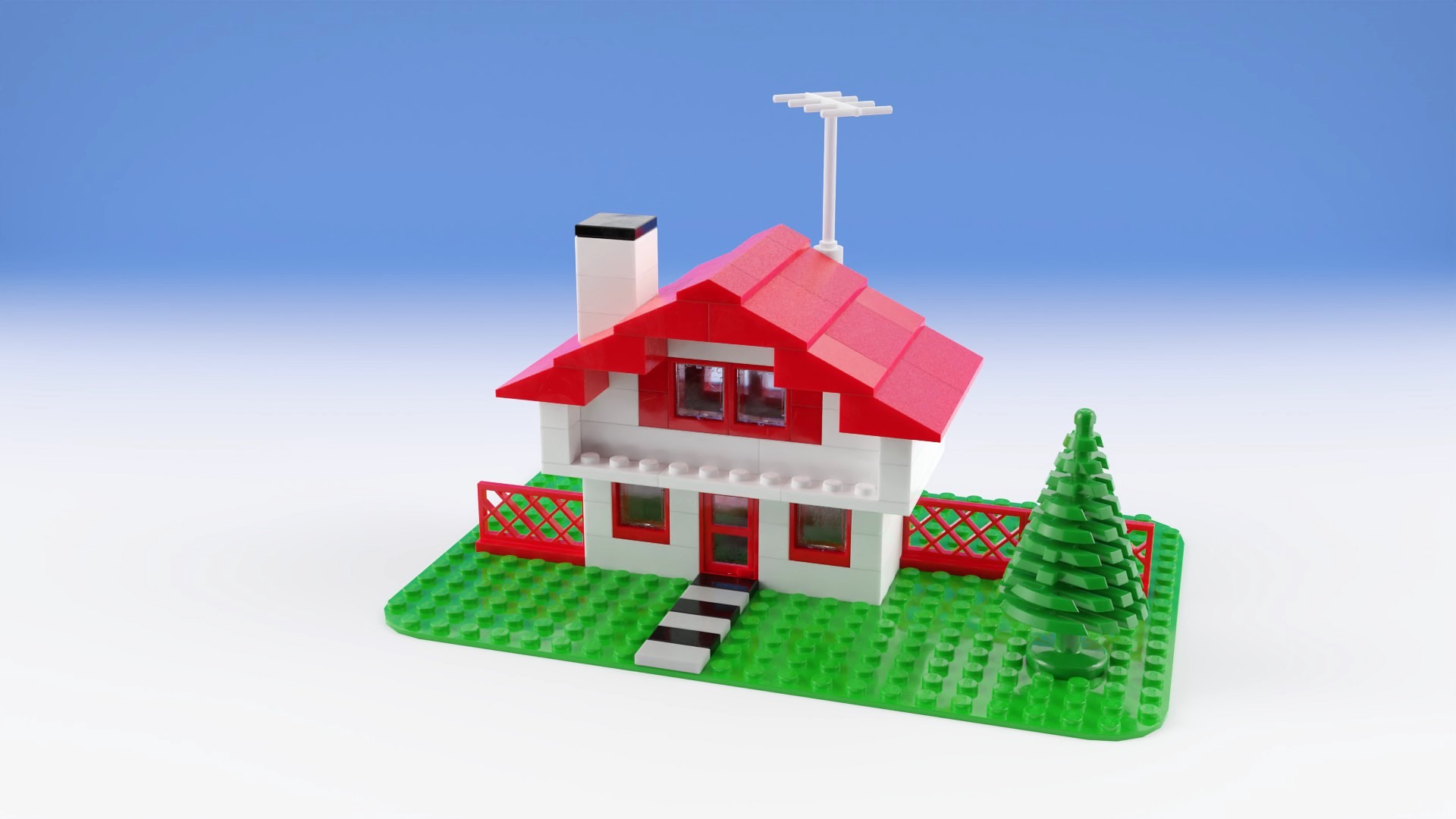 For this one, I decided to install Blender v3.01. One nice feature is that it imported my v1.93 settings. That made things a bit easier as all my folders were there. It even enabled the the Mecabricks add-in.

Because a couple of the parts just looked wrong, even with my fixes, I decided to import the LDraw parts. I was able to grab the antenna from another model. I then installed the LDraw add-in again and used it to import the correct base plate. I had problems with the scale and getting the colors right. But, as you can see, it looks decent enough.

I did leave in the new tree—I really didn’t want to deal with that old tree design. I could have updated the door, but it was already getting late. There wasn’t enough of a difference to matter for the render. I would have liked to cleaned up a few of the rounded edges, but things look good enough.

Although I like the simplicity of the original, it isn’t quite doing it for me. The aerial feels too big and could have been a bit bigger. I still like the model, but it lacks charm. Furbysims' improves upon the original design in just the right ways. I do wonder what color that roof will be when the snow melts.