Awhile back, I had an idea on a run for a little LEGO vignette. My vision included a small tree on a hill. Most often, my mind refocuses on my workout the vision fades. This time, the idea stuck and became reality as Tree Fall.

From idea to render.

Using a simple 4x4 pattern, I started to build my idea into a model on Mecabricks. It was an iterative process, starting with the sloping hills. I searched for a tree shape and landed on a carrot top that represented bare tree.

After adding gray for rocks, I grabbed some blue plates for a creek. The water ended up spilling over the sides in a waterfall. My simple scene with a tree on a hill had morphed into a more interesting rocky waterfall.

At this point, I would have exported my new creation to render. But lately I’ve been making sure my colors were accurate. Digital creations can use any colors, but I didn’t want to use one that didn’t exist in real life. Although I’ve done that on purpose in the past, I wanted this build to be true to life.

Although I could have looked up each part, I thought it would be easier to upload as a list. I remember that I could export the inventory from Mecabricks in Bricklink’s XML format. Creating a new list, I went through the process of checking each part.

Although the colors I chose existed, some were rare or older parts. This prompted a few corrections. Most of bright green slopes I had chosen became green I adjusted a few rocks and other elements. A this point, I exported my model and rendered Tree Fall. 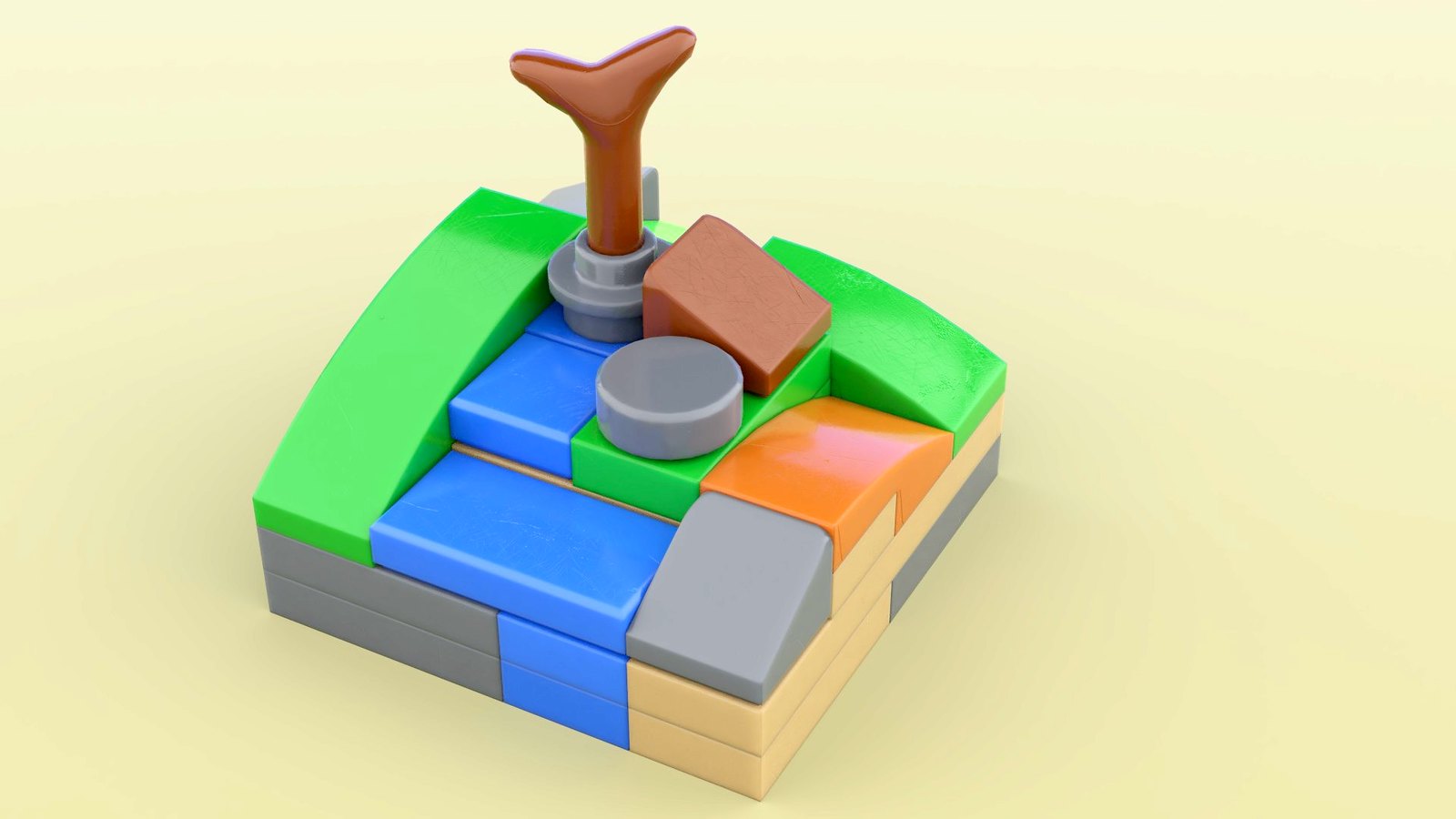 This usually is where the story ends, but I had recently joined Rebrickable. It is a site I’d often visited for parts pictures. Yet, for whatever reason, I had missed the community aspect of the site. Interested in the MOC section of the site, I decided I wanted to turn Tree Fall into a real set.

I had the inventory, but to share my MOC on Rebrickable I needed instructions. Being a potential future feature, Mecabricks doesn’t yet have the ability to create instructions. Not to be stymied, I started researching other ways to build instructions.

I’d used LDD in the past, but that program isn’t supported by LEGO anymore. LEOCAD is a valid option, but I find it difficult to build in. I’d ruled pictures out, too much work trying to find and draw elements. In the end, I went with what others had done and downloaded Stud.io.

Getting to work, I recreated Tree Fall in the editor. I was glad the model was small. It felt a lot like LDD, but was restrictive next to Mecabricks. In contrast, the instruction builder was a breeze. It was easy moving parts to different steps, and the results were very close to what you’d see in official LEGO sets.

Once complete, I uploaded what I needed to rebrickable and waited. Unfortunately, I screwed up the submission part and didn’t realize it until a couple of weeks later. I had published my first MOC.

I wish this had existed when I was younger. I created so many builds that I wish I could revisit. They live on in my mind and a few pictures, but are otherwise lost to time. Alas, I’m a kid at heart. I’ve since built other MOC’s off of rebrickable, including my own Tree Fall.

From digital to reality.

Having rendered and shared instructions, I could have stopped here. A natural place to end, especially given that most of my building these days is with official LEGO sets. For some reason, I wanted to do more. I wanted to see my MOC built in real bricks.

It wasn’t the first time I’d placed an order from Bricklink, but it was the first time ordering parts for my own MOC. Since I wanted to build a couple other MOCs I'd found, I spent more time learning the different features of the site. My first order included parts from four different MOCs, including mine.

After placing my order off of Bricklink, I waited in eager for the parts to arrive. A week later, all three packages had arrived. After inventorying the parts, I got to work building Tree Fall using my instructions. I learned a few things, adjusting my instructions to make them easier to follow.

A couple weeks later, I got around to taking pictures of Tree Fall, updating my MOC in the process. Although I took a few photos, I ended up sharing the one below. 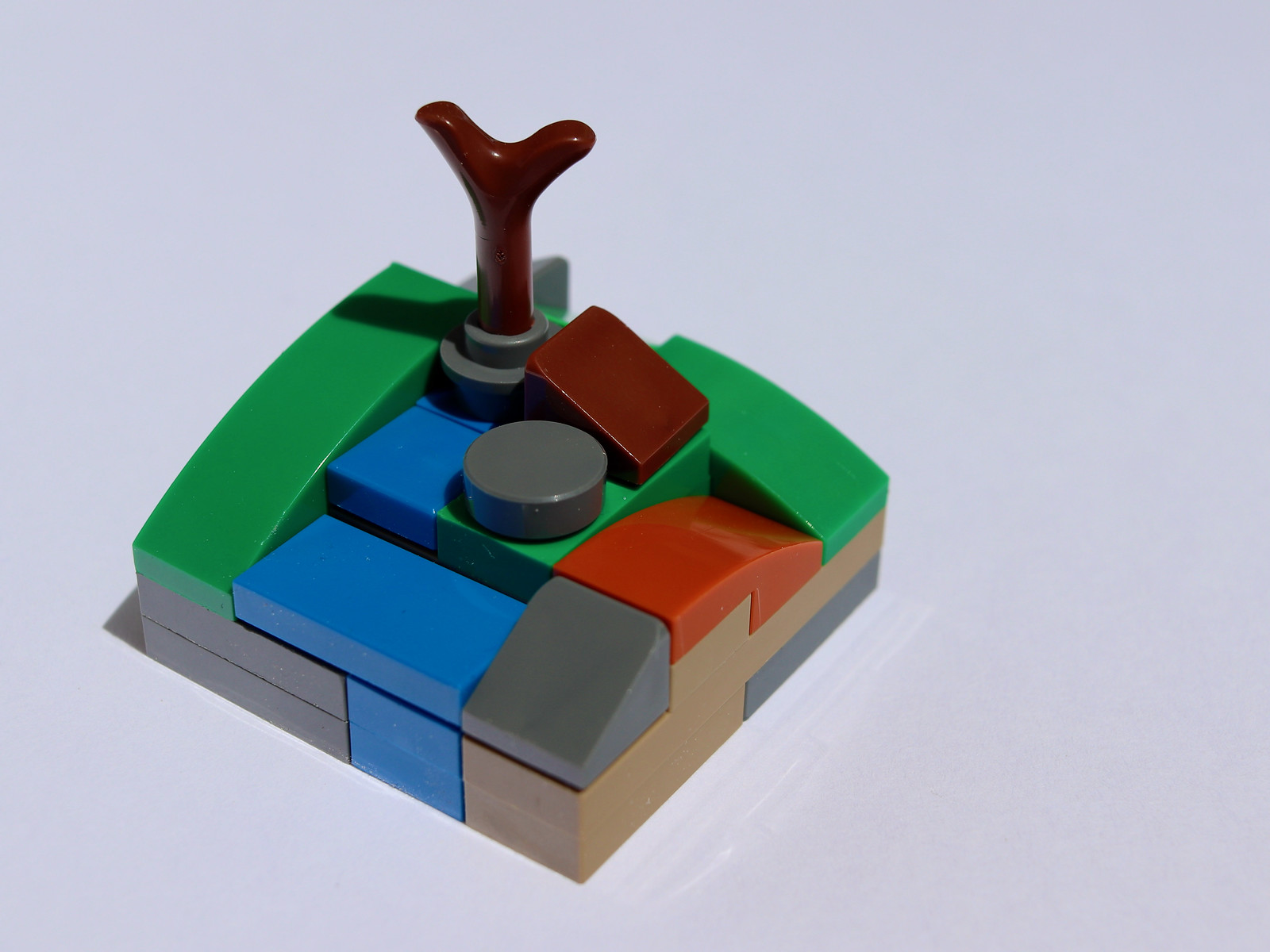 I’ve enjoyed the process of moving from digital to reality. So much, in fact, that I’ve already shared another MOC called Tree Winter. I’ll dig more into that build in future articles.