As May kicked off, I got to work finishing the decorations for set 6444 Outback Airstrip. Because I had a few different decorations to finish, I got distracted. That distraction was with a much older LEGO Airplane. Both renders gave me a chance to revisit motion blur in Blender.

The first model for May, set 320 was another random find. The model is older than me, released in 1965, and I love the look. Blocky, yet recognizable, the airplane is full of nostalgia from that era. I love the old style wheels built with metal pins and a special 4x2 wheel brick. I may have a few of those in my collection still. 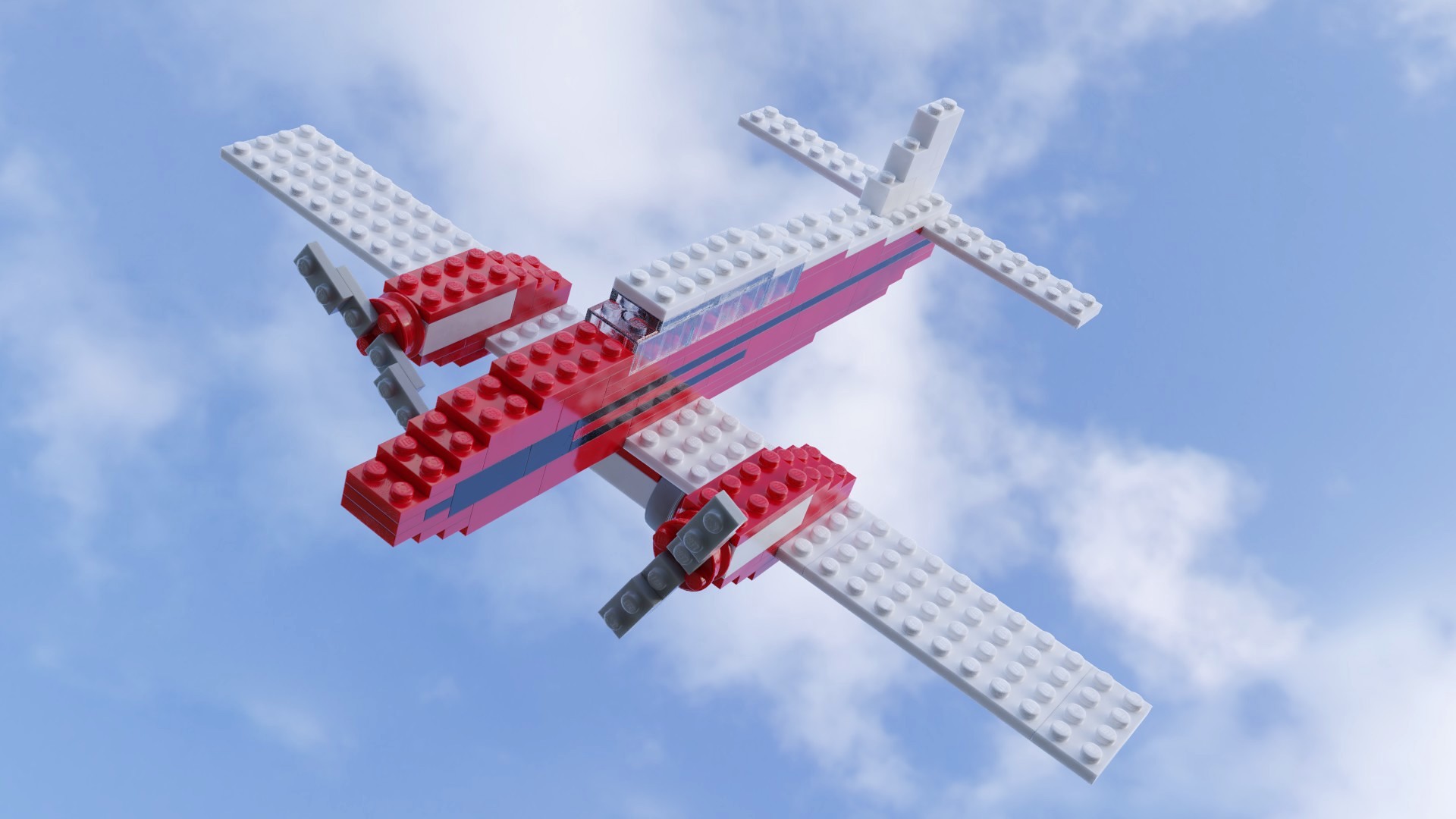 One of the nice features of these old models is they don’t have a lot of special bricks. The design of the wings and tail of this set use standard LEGO bricks you can still find today. But those wheels don’t exist in modern sets or in Mecabricks. Although it has a lot of LEGO parts, there are still a few old ones that are missing.

Mecabricks does have some older parts, including a larger train wheel and the rubber tires. This allowed me to build a similar look alike part that let me finish the build. At first glance, you probably wouldn’t notice. The missing hole in the wheel brick is the easiest sign that the brick isn’t quite right.

As usual, I imported the final model into Blender and got to work setting up the scene. I also swapped in a few missing parts, such as the large propellor and some windows. But the propellor had some defects. I spent a good amount of time smoothing it out, but the curves were noticeable. After a few unsatisfying renders, I decided to do something different. 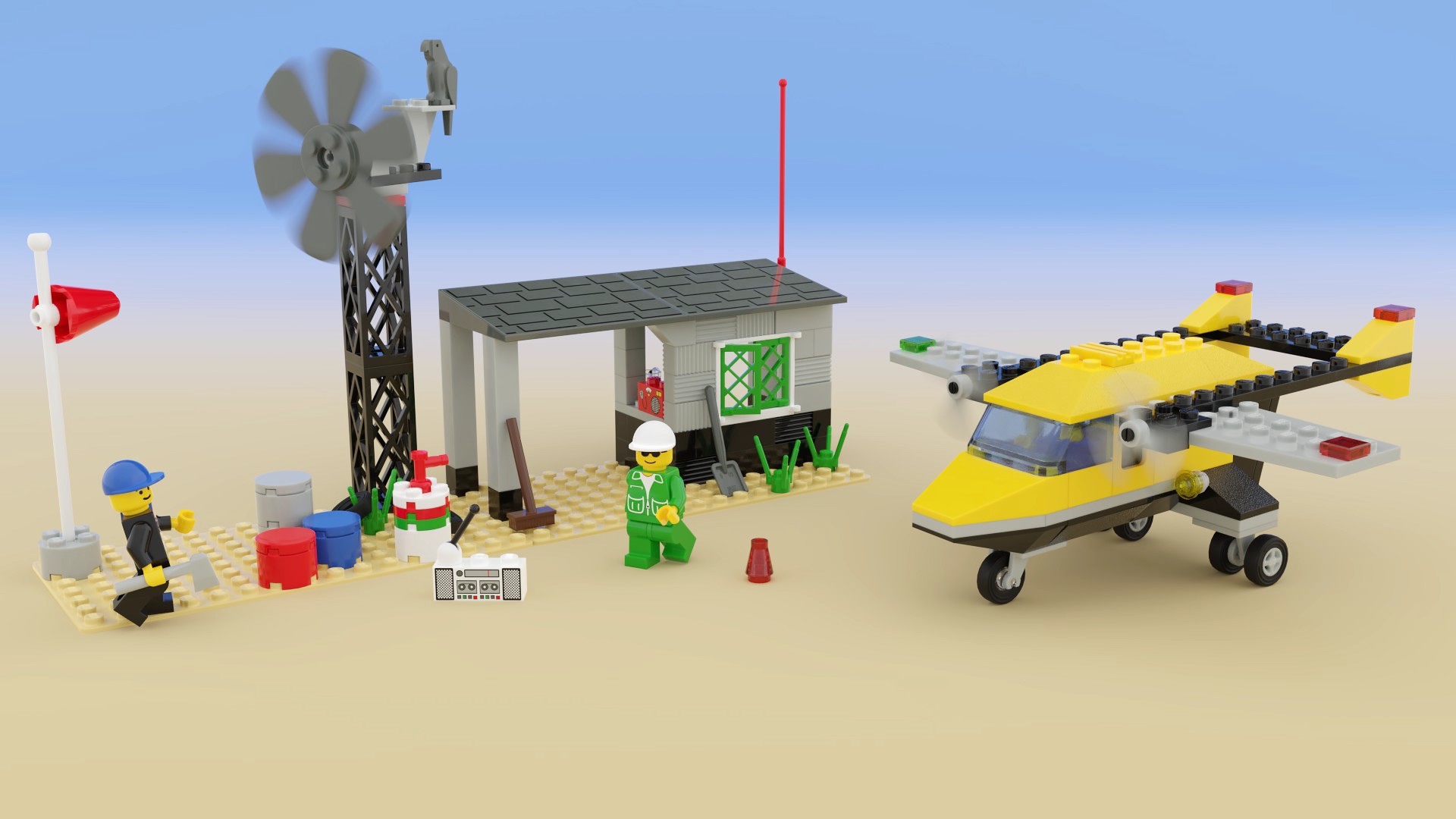 Digging through the forums and catching up on decoration and other techniques, I ran across a motion blur tutorial. I needed the refresher. It had been awhile since my last attempt. Everything came back quickly and I had the wind vane working in short order. Yet, the airplane propellors were a different story.

For some reason, the engine on the left didn’t want to rotate properly. After a numerous failed attempts, I ended up copying the working engine over. After tweaking the speed of each, I wanted the airplane props to spin faster than the wind vane, I rendered the final image.

Of course, once started it got me thinking about my previous render. What if I could make those propellors move? That question sent me on a quest to figure it out. It was actually a bit more work than I expected. 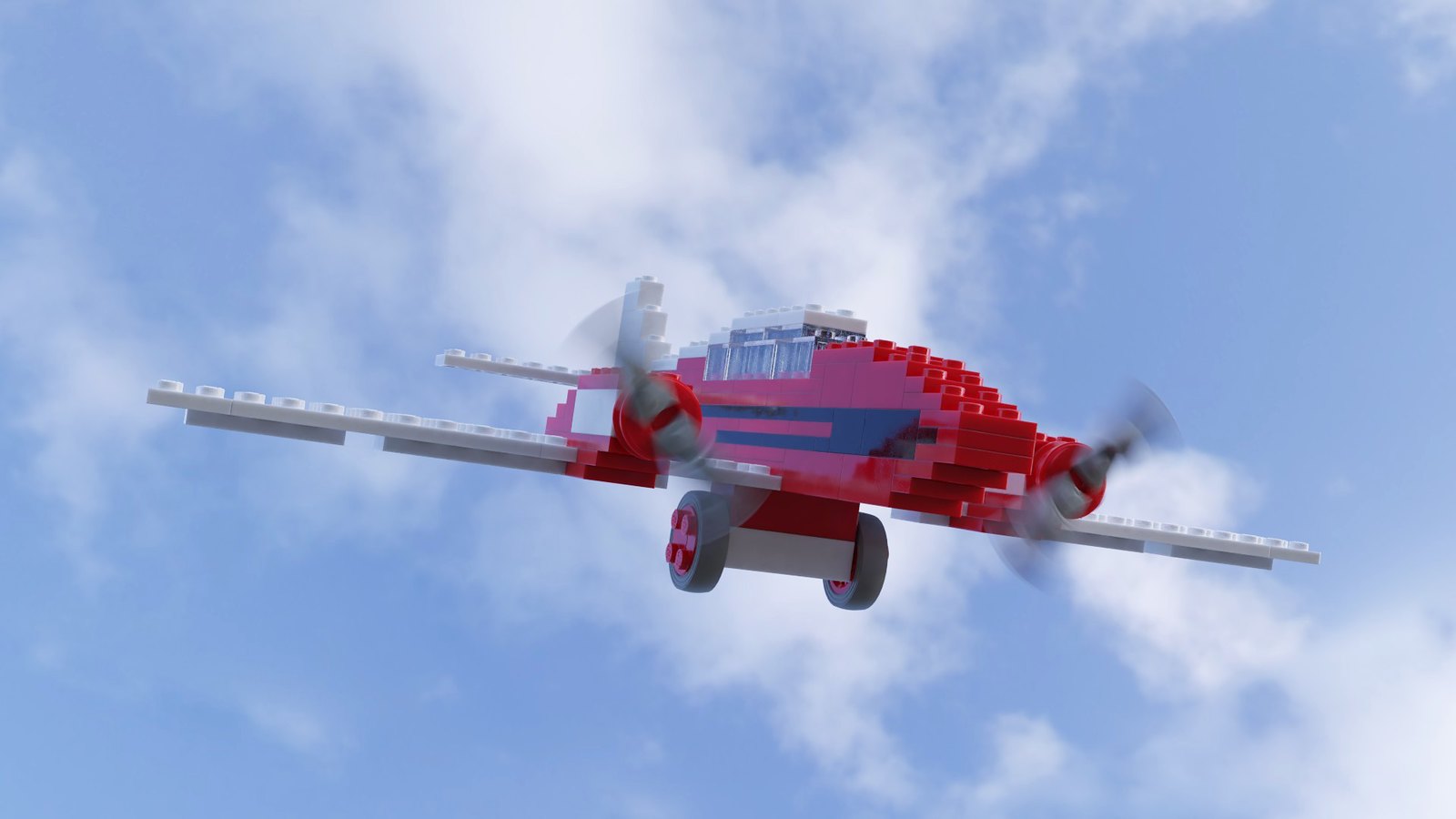 Unlike the single parts I was rotating before, this time I needed to rotate a group of parts. This required me to do a little work to merge the parts together and get them to rotate properly. It was a great opportunity to learn more of Blender. While I was at it, I made some additional tweaks to the wheels. You can’t really tell, but I like the final image.