After posting my artistic image of Custombricks’ Moai, I decided to share the models on Mecabricks. I probably should have checked first, as I found others had already shared. Oops. Nevertheless it was also an opportunity to download and render the models for a more realistic image. 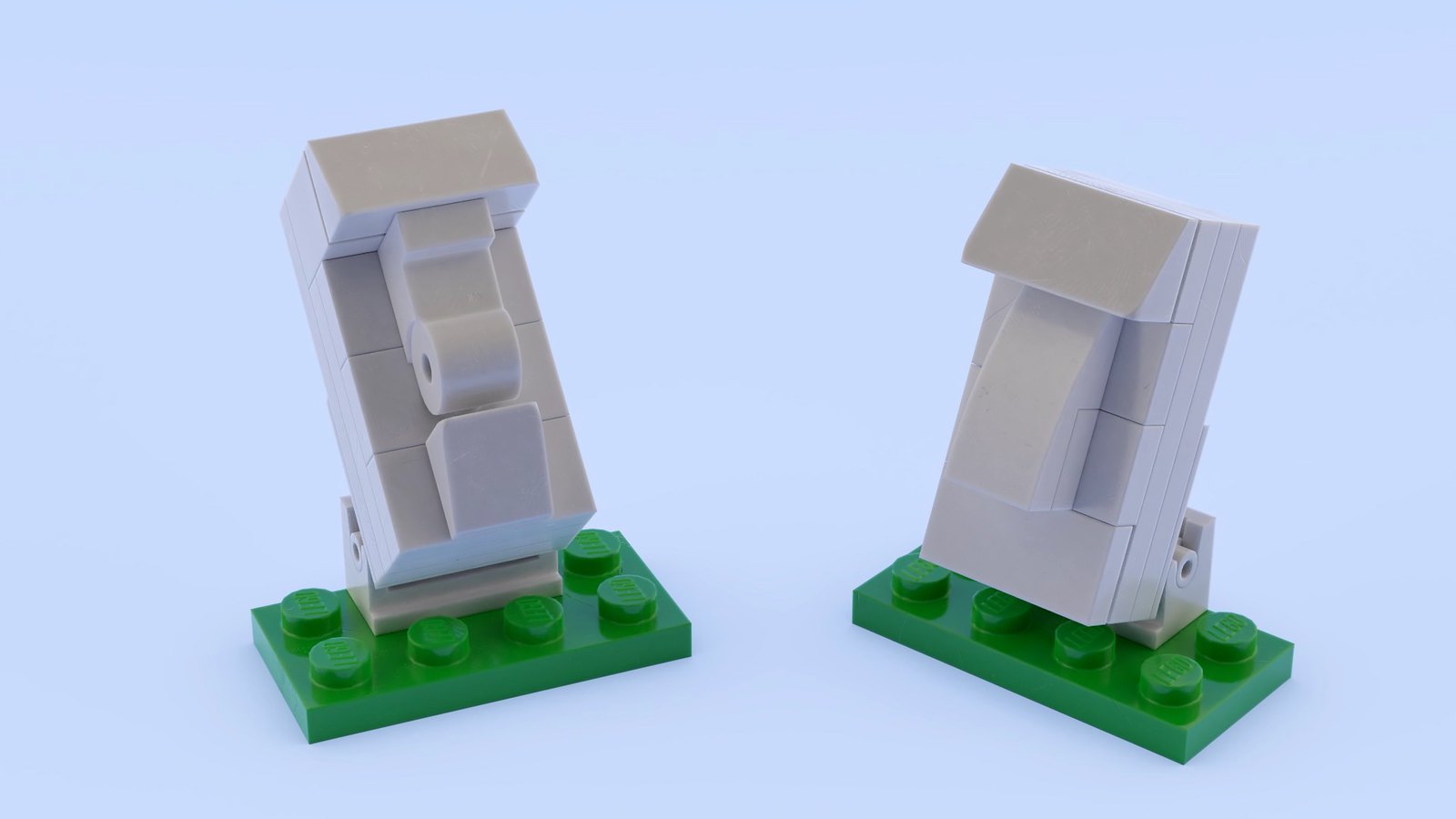 Moai on Rapa Nui by Steven Reid, on Flickr

Although my original intent was to render each model to post on Mecabricks, I thought it would be useful to compare the two. To facilitate that, I imported them into Blender as separate models. Besides allowing me to position them separately, I could also turn off one or the other for the Mecabricks posts.