As February closes, I thought it fitting to recap my renders this month. Four in total, although not quite one a week. Added to last month’s render, I’ve almost shared as many as last year. Hopefully this means a lot more LEGO fun is in store for the rest of year. Let’s walk back through them and see what I’ve been up to.

Mini build fun.
I kicked off February with January’s mini build. In an attempt to kick out the cobwebs, I was just grabbing something from Mecabricks and got to work. My intent was to create something dynamic. As such, I had a little fun rotating the background and adding a bit of blur. This would be my last Blender 2.79 render. 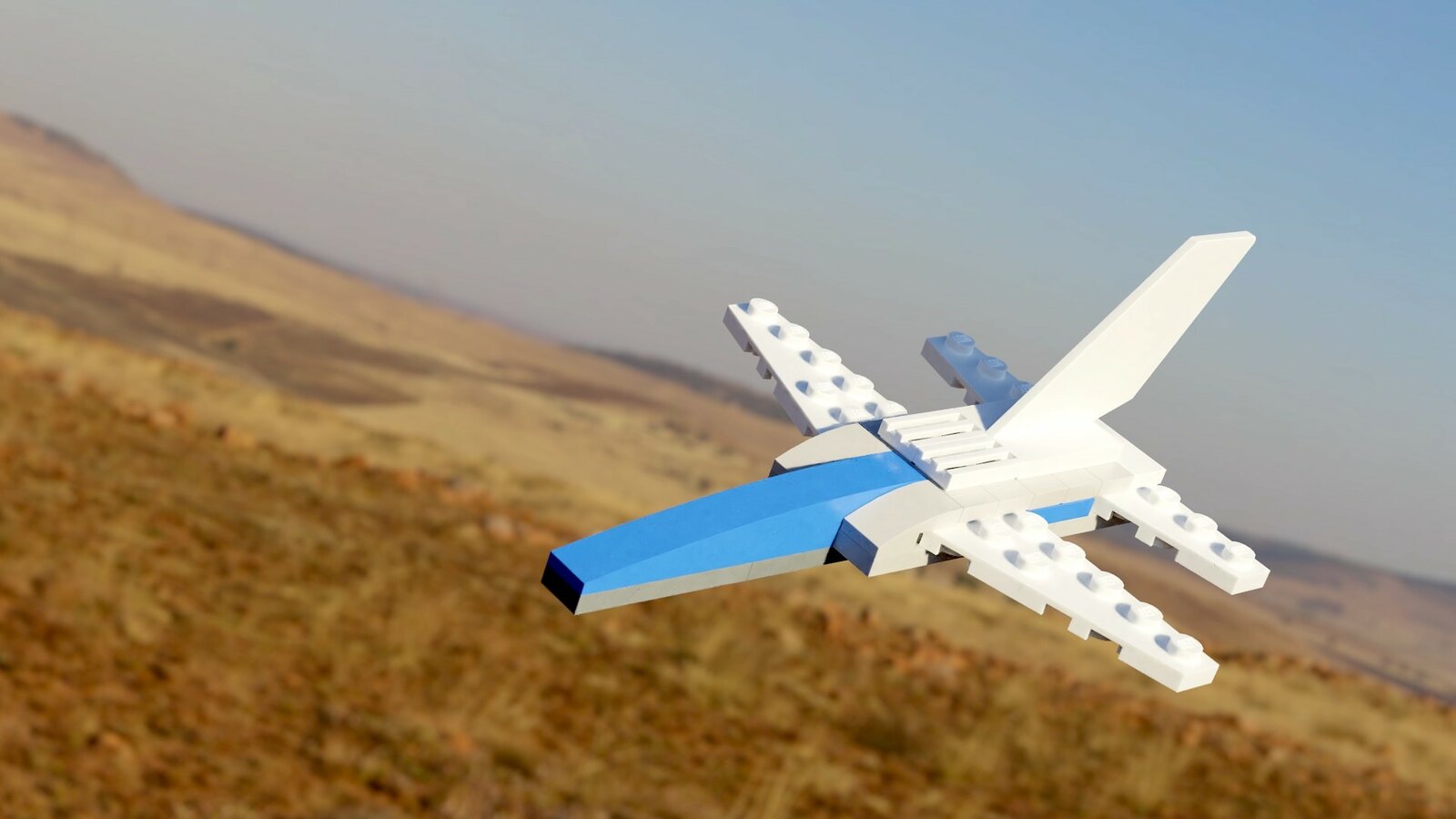 A downtown crash.
To my delight, Nicolas released a new Advance Blender script for Blender 2.80. I immediately downloaded it along with the latest stable Blender release. Needing a model, I noticed this massive model by bills21. To be honest, I’m a bit jealous as I’d stated something similar a few years back. His is model is quite ambitious, and would make for a great stress test.

Although I could have rendered the whole model, I decided a closeup within it would be a better test. The downtown crash was interesting, so I started there. The model, being as large as it is, took a lot of effort to move around within Blender. As I’m rendering on a 2013 MacBook, the lack of a dedicated GPU and older CPU is starting to be quite noticeable. In any case, I kicked off a render and the results are still quite good. 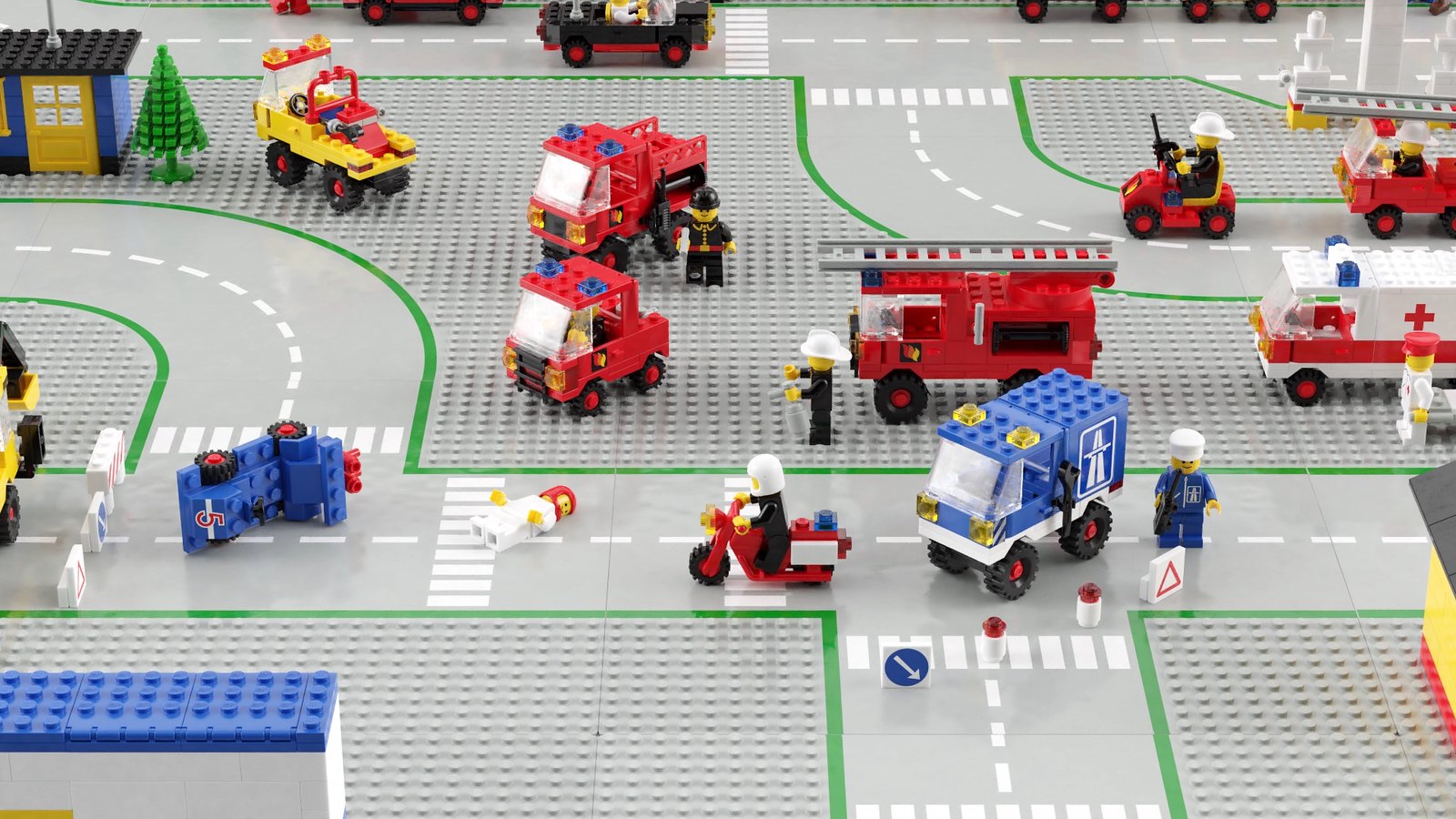 Dragonfly redux.
Before I rendered my next image, I pulled up an old one first. My intent was to peek at the settings. I’m still finding my way around Blender 2.80 and thought using an older model would help me get my bearings. In doing so, I decided to test how Cycles had changed. The original image had some artifacts that I struggled to clean up. To my surprise, the latest render cleaned up most of them. An effort worth sharing. 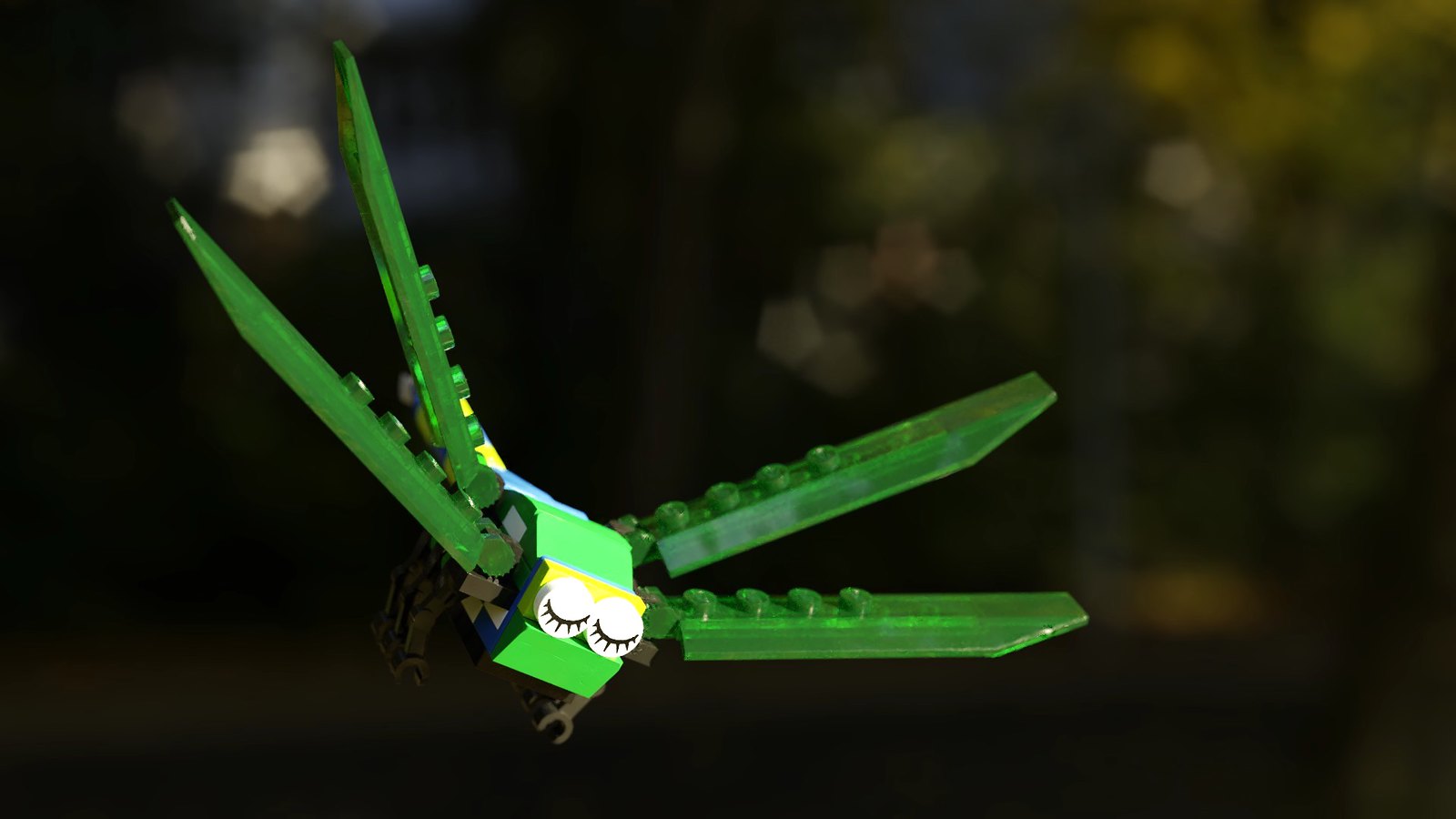 A sleepy caterpillar.
Which, of course, leads us to the final render. I thought it fitting to close out the month the way I started it—with a mini build. This one was way cute and reminded me a lot of the dragonfly render. To my surprise, and delight, Blender 2.79 templates loaded in 2.80. So, I grabbed some old textures, loaded up a new light probe, and set to work building an interesting scene.

To start, I modified the original build into a position that suited my vision. Exported in the new Mecabricks format, I brought the caterpillar into my modified template. I adjusted the focal length a bit to get the blur where I wanted it. The lighting required only some minor tweaking. After rotating the light probe, it created a nice effect across the caterpillar’s eyes. With these changes, I started my first test render.

And then, I stopped it. To my dismay, the fingerprint texture was way to prominent. The lighting was causing reflections that didn’t look natural. So, I removed them on the offending pieces. I also felt the dark areas were a bit too grainy, so I added in some extra samples. Rendering commenced, creating this cute little fellow. 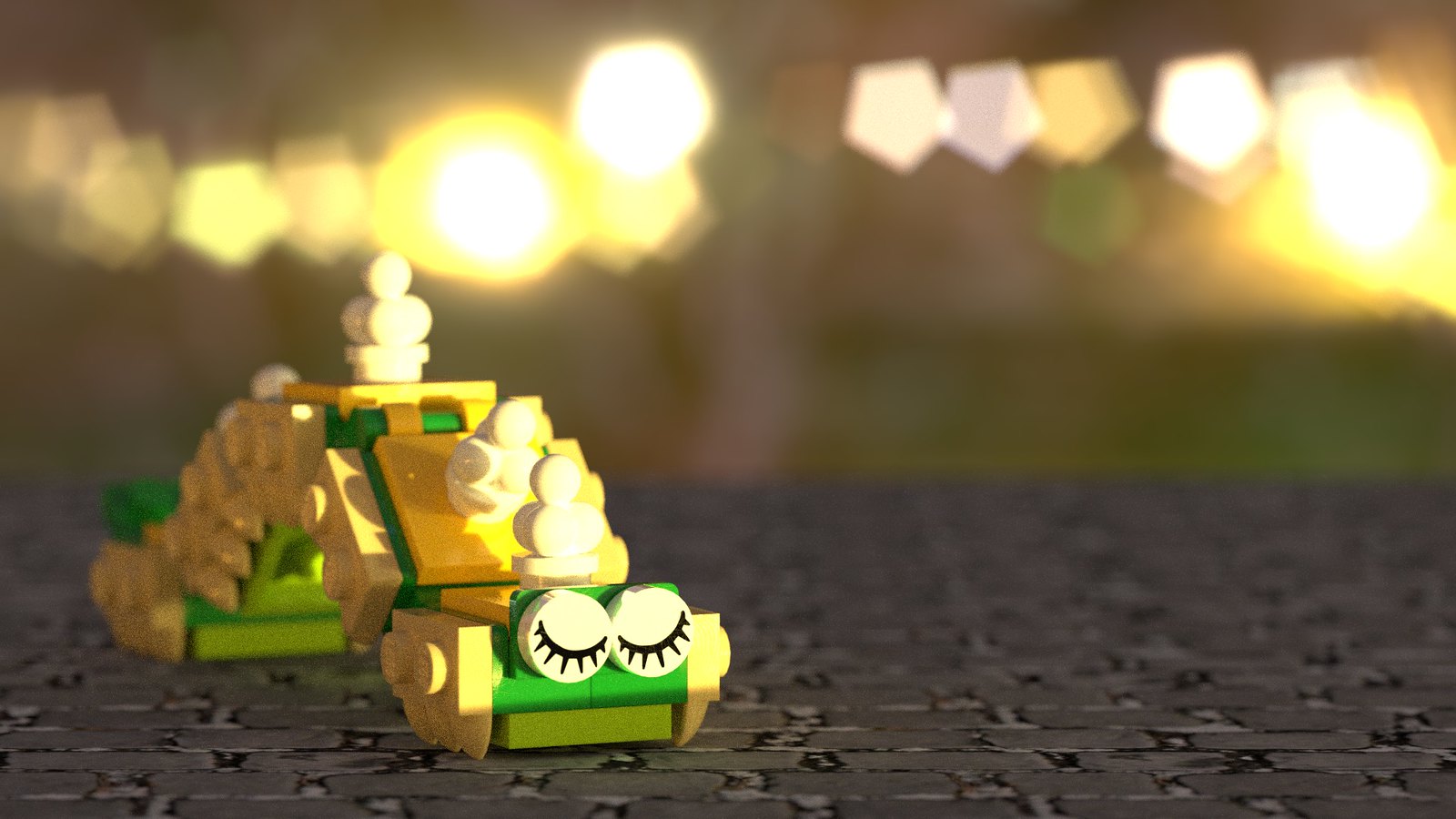 My wife enjoyed the build so much, she as for the real thing. As this is a mini build, usually only found in the LEGO store, I had to get creative. This is the first time I’d ordered bricks online. I’m excited to see how it goes. I’ll post a picture when I get it built.

In the meantime, I’m energized by these early renders. I’m looking forward to testing out more Mecabricks models with the latest version of Blender to see what it can do.