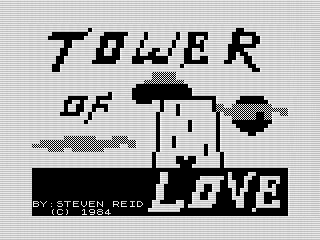 I had lots of ideas as a teenager. Many of them became actual programs, while others languish in my notebooks. Others made it a bit further, becoming programs on my ZX81, but never finished. A journey abandoned is still a journey. Let’s explore one such program this month: Tower of Love.

A quick introduction.
If you give the program a try, you’ll find it isn’t much more than a pretty shell. But man, isn’t that shell looking nice? I had a lot of fun creating the artwork for the game. Both in realistic pencil drawings and in ZX81 characters. For example, here is some of the artwork I produced. 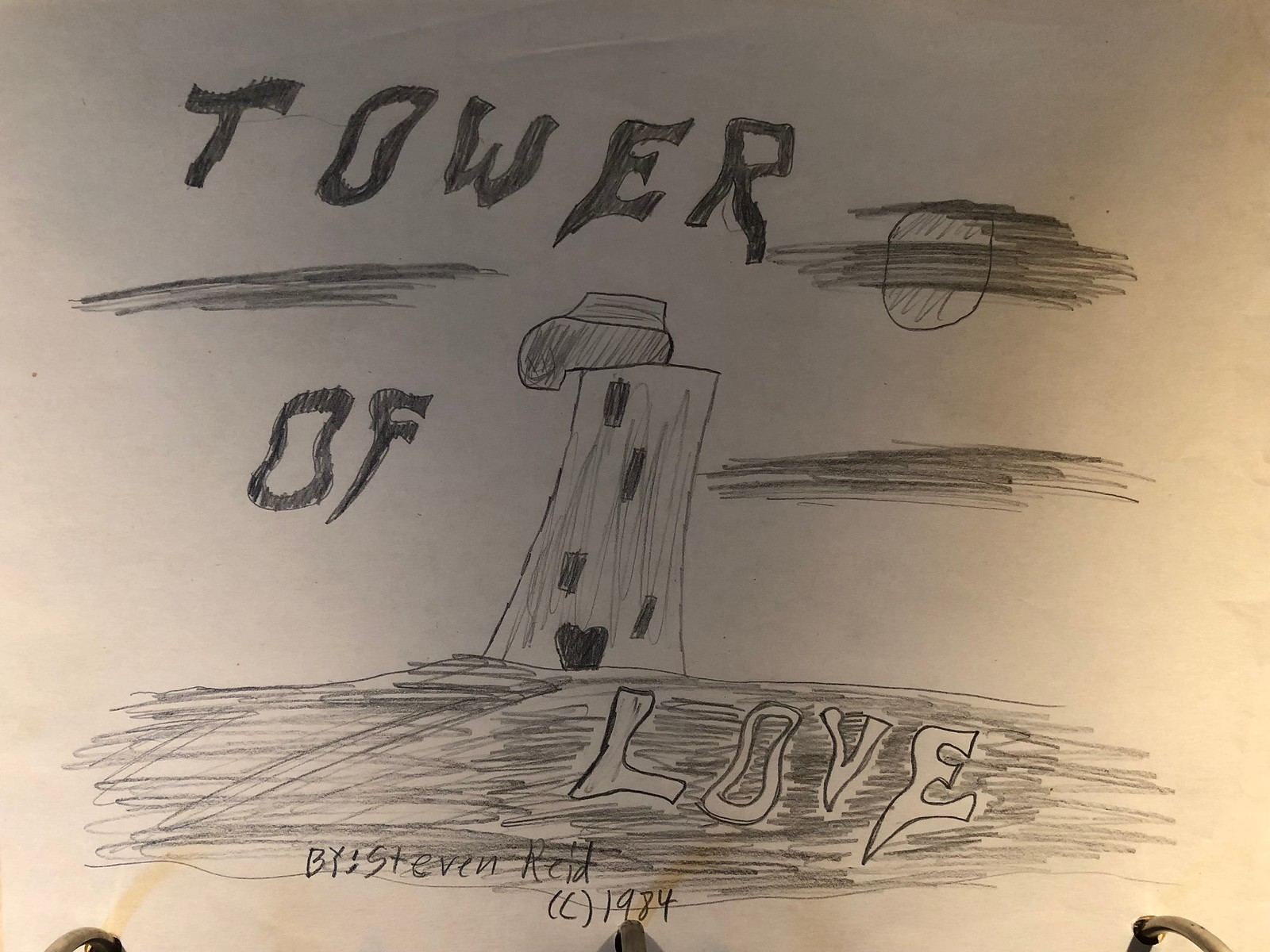 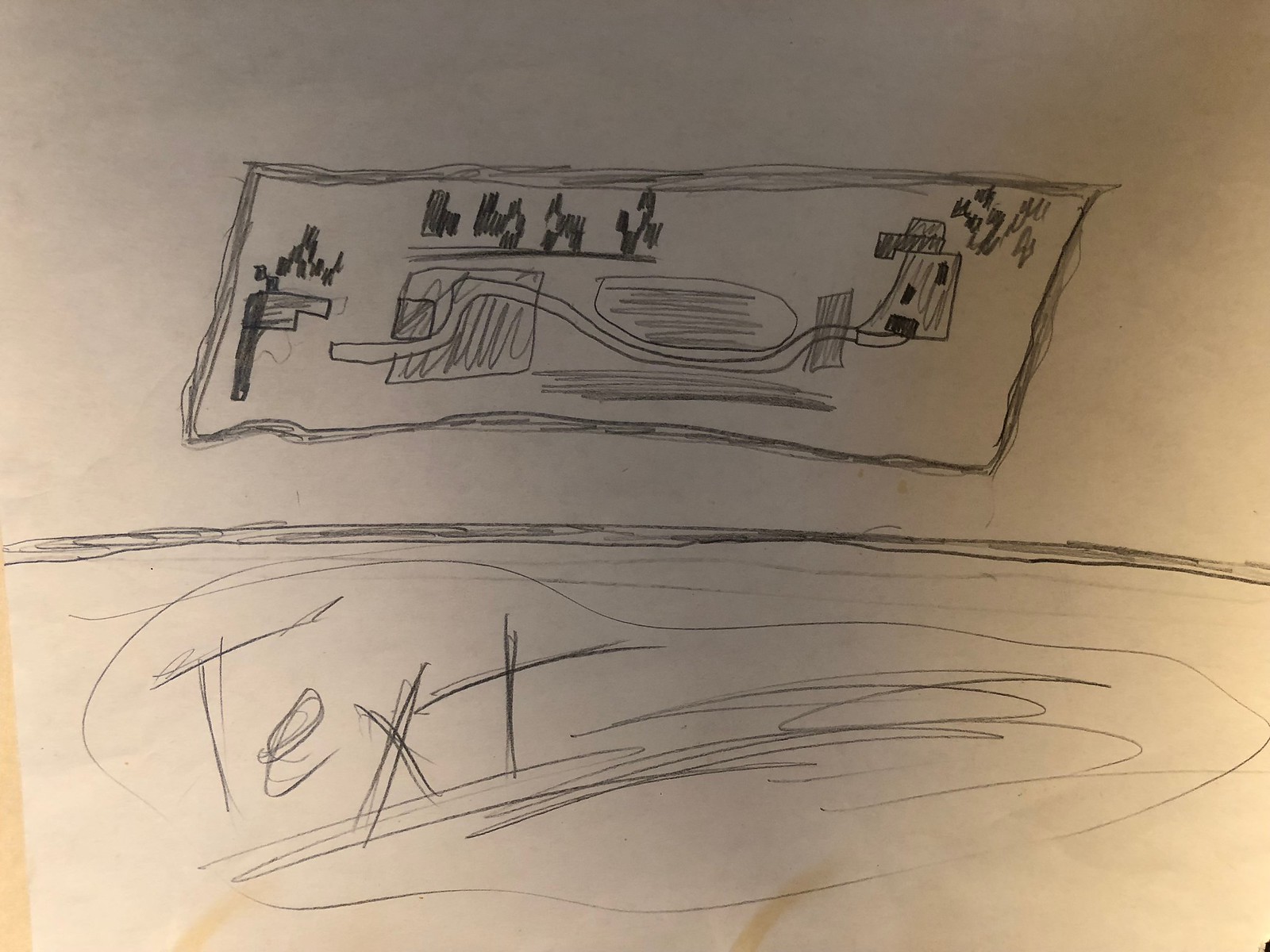 I’m not going to win any art contests with them, but they served as a the foundation for the game images themselves. Although one of these made it into the program, they do show you how I move from concept to implementation. 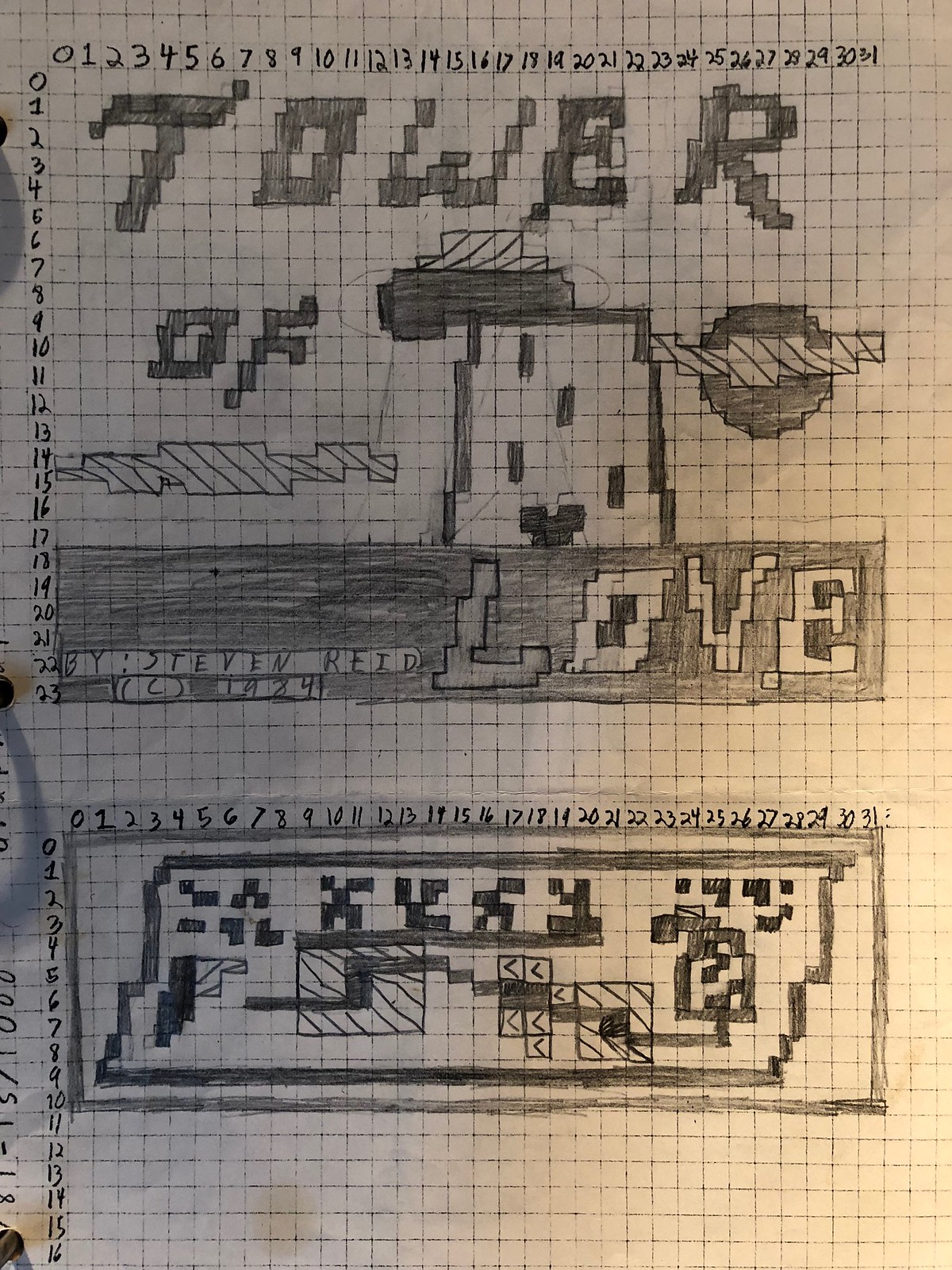 These full screen intros are pretty commonplace now, but were still gaining ground when I was kid. For one, they took up a lot of memory. Given the ZX81’s minuscule amount, most games focused on content rather than glamour. In many ways, I prefer that over today. Having good game mechanics should be first, with adding glossy images afterwards.

In my case, I focused more on the surface without digging into the depths of the game. If you read the text, I sure had some ambitious ideas for the game. Reading all that, I can’t see how I would have gotten one or two of those elements actually in a game. Which, to be honest, is most likely why I never finished it. 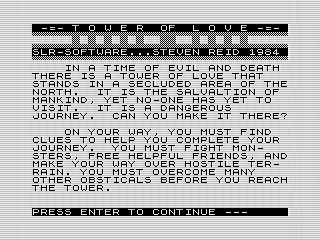 Which gets to my point. If you look at the code, you’ll find straight forward PRINT routines. Nothing you wouldn’t expect from any other program I’d written. But the meat isn’t there. Nothing. Nada. I dreamed up ideas, but this one never made the cut.

It’s too bad as the game actually looks interesting. The idea of saving mankind from evil by making your way to a tower has some merit. The map I created, but didn’t add, is intriguing if a bit vague. I never managed to add it, instead moving on to other programs. Which, is pretty much the norm. Not everything makes the cut. 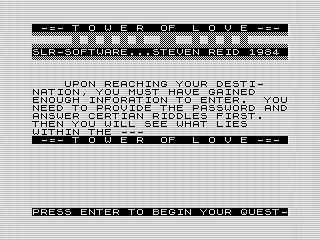 As I noted before, my notebook is full of ideas. Some made it into games. Others stayed on paper. As the title noted, ambition doesn’t always equate to execution. Tower of Love is one of many failed attempts. And, that is okay. Not everything was possible, or worth the effort.

And, if you think this is ambitious, you should see what I found when digging to find the design notes above. To my surprise, I had created a more graphic vision for the game. I have no clue what I would have done with that screen, gut it sure is nice to look at. 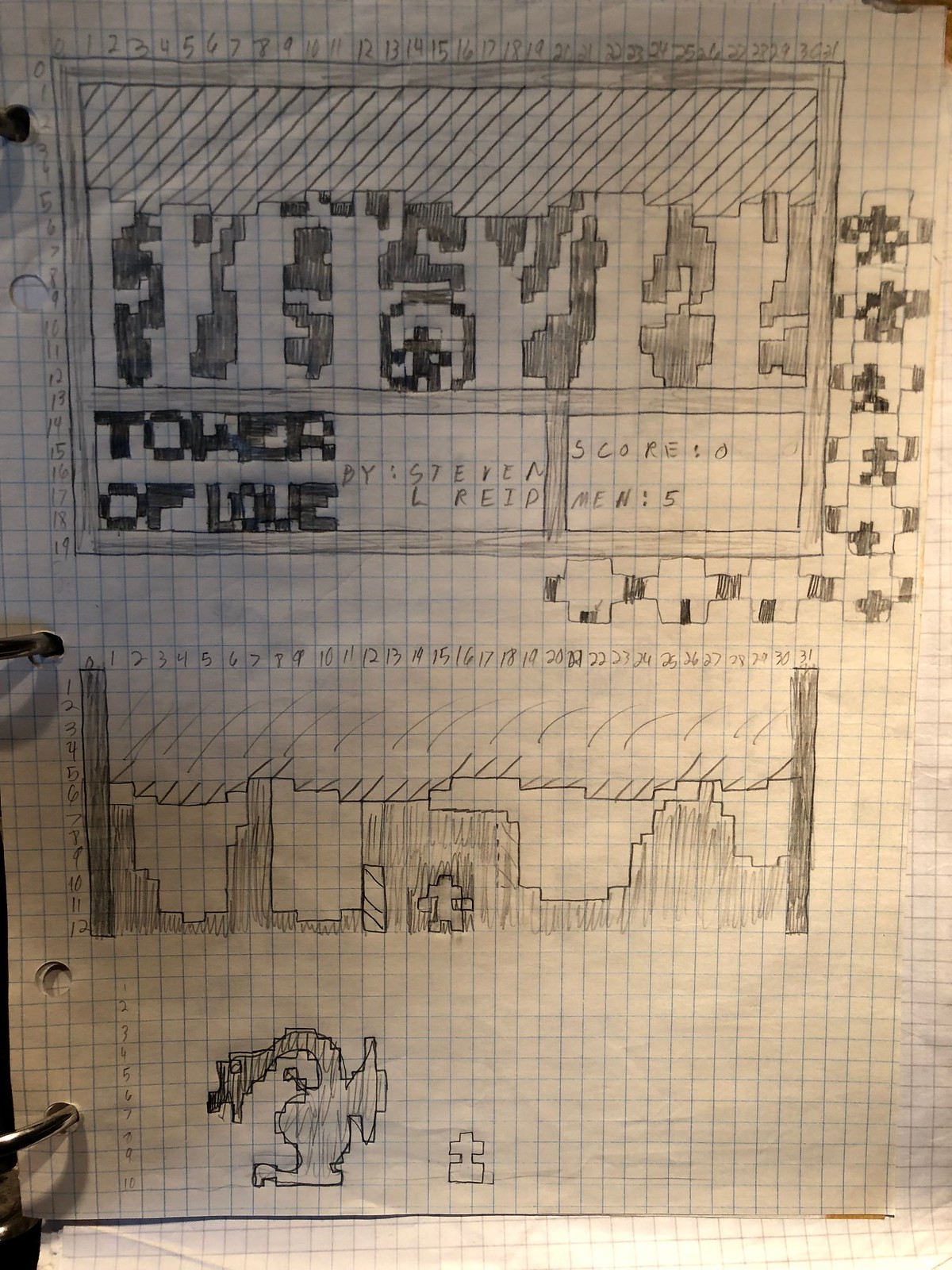 P.S. that dragon at the bottom is actually from another game of mine. My remake of Dragon’s Lair.

Reasons to move on.
It may surprise you, but many ideas weren’t abandoned because they were hard. In some cases, it was because they were too easy or plain dumb. Some games were doable, but at the time I wasn’t quite sure how to make them. For those reasons, they died the death of being too early.

In the case of Tower of Love, it wasn’t because it was too ambitious. Instead, it was most likely due to overthinking things. I had a clear idea in mind, but no real plan. The notes above show that I spent a lot of time on the presentation, but there isn’t much meat. I suspect that I gave up when I got to the point of building something.

I mean, I spent the time to build the introduction. I generally didn’t abandon games once they made it to that stage. Yet, without a good path forward development stalled. If I’d started with game play—a task to complete, things to do, etc.—I’d have kept going. But, I suspect the ideas I did have led to a not so fun game. Why spend time building something I didn’t want to play it myself. Worse, if I’d compromised from the original promise, the game would have fallen flat. Why bother.

So, in the end all I have are some sketches and an idea. Given my intervening experiences, I’m sure I could put something together now that would work. In fact, I’d start with that second screen and try to make an interesting graphic game. Of course, the ZX81’s limitations temper my ambitions, even today. Perhaps someone else will read this and find inspiration.