Browsing through my collection of ideas on Pinterest, I ran across a great vintage taxi set. At first glance, it seemed Mecabricks would have all the pieces needed. Yet, that wasn’t the case. A few key pieces were missing, which required some ingenuity on my part. 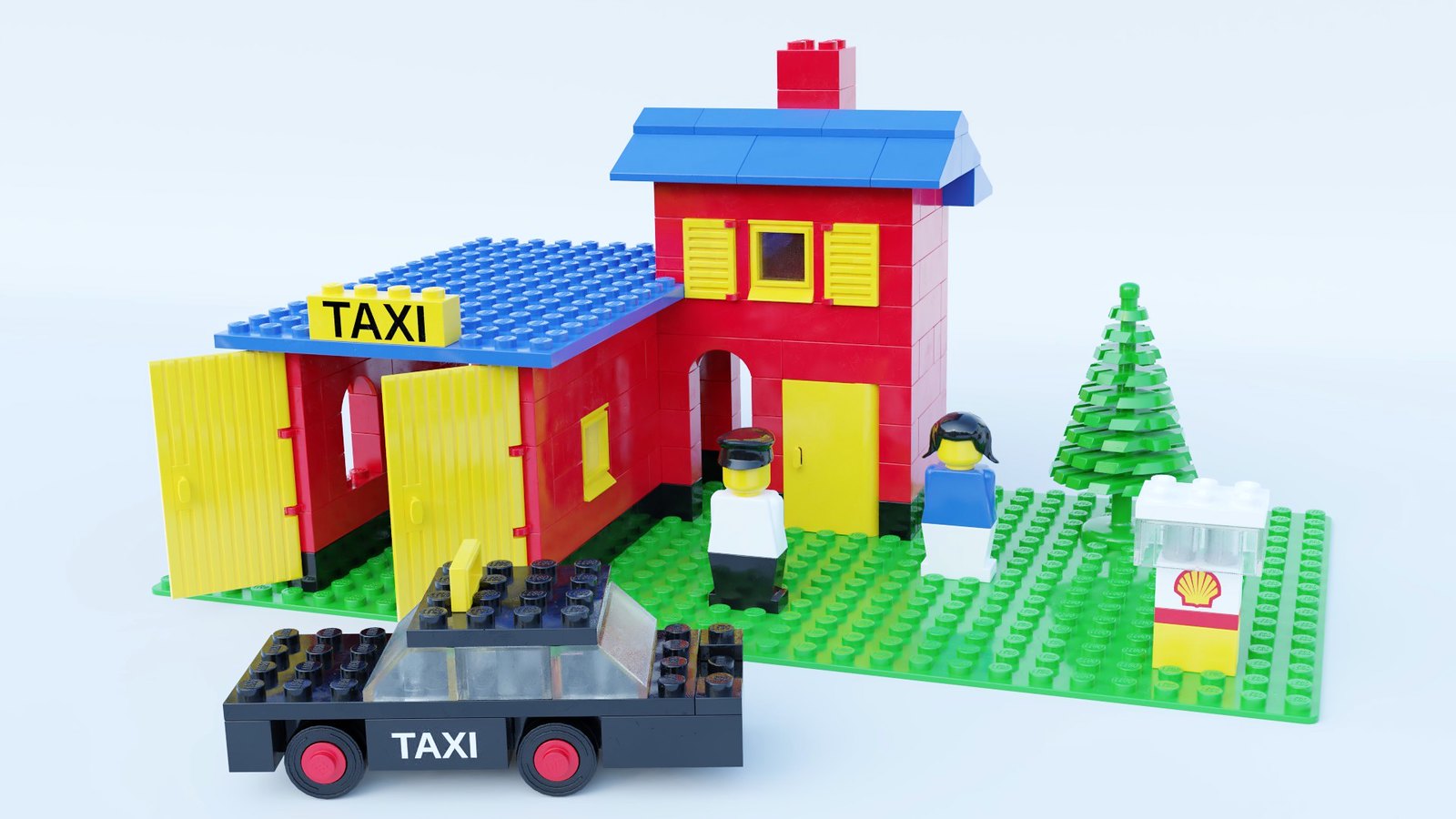 Substitution and recreation.
The model itself was pretty easy to build. There is a special place in my heart for the original mini figures. Plus, I love these old sets for their straight forward builds. The hardest part was counting studs to place the house pieces. Or, at least that’s what I thought.

Yet, I missed that the door and shingles were there. Neither of those parts exist in Mecabricks, even though I have both of them modeled in POV-Ray. I feel stupid not being able to model them in Blender. They should be pretty straight forward, but I keep avoiding it. Some day maybe, but until then

First trying to substitute them, they result looked horrible. They alternate parts looked wrong and clipped into the roof of the garage. So much so, that I gave up and modeled the shingles using other parts in Mecabricks. Although not perfect, they are good enough and at least look better than the alternatives. My attempt at recreating the door wasn’t as successful.

A few new stickers.
For the render, I updated the stickers. The existing 2x3 Taxi brick was using the wrong font, so I started by fixing that one. I’m not using the same font, but a bit closer. It also let me recreate the 1x4 Taxi brick that sits on top of the garage. The fonts match, tying them closer together for the final render.

And, with those few changes I had a complete model that I could now render in Blender. After a few final tweaks, the final results look good. Almost as if I’d built the real thing!