After upgrading to macOS High Sierra, I ran into a minor problem. Seems my WineSkin wrapper for EightyOne, my ZX81 emulator, stopped working. I have alternatives, but the screenshots I take from EightyOne are too nice to pass up. As luck would have it, there is a fix.

What’s this Wine you speak of?
For those not familiar with Wine, much less WineSkin, let me give you a quick recap. At its core, Wine provides a compatiblity layer for Windows programs. Although not an emulator, it does allow me to run Windows programs on my Mac.

To be honest, I’ve found alternatives for almost every Windows program I use. That includes a ZX81 emulator. But, I like the way EightyOne looks. In particular, I like the TV emulation it uses. Plus, I didn’t want to redo all my screenshots. Wine was my new best friend.

Yet, Wine isn’t the easiest program to pick up and use. There are a couple of different ways to deploy it, but none quite fit until I found Wineskin. What it does is provide a nice wrapper around Wine, plus a few other tricks. Not only easy to use, it integrates well with the macOS UI. Hooked, I soon had EightyOne running like a native macOS app. 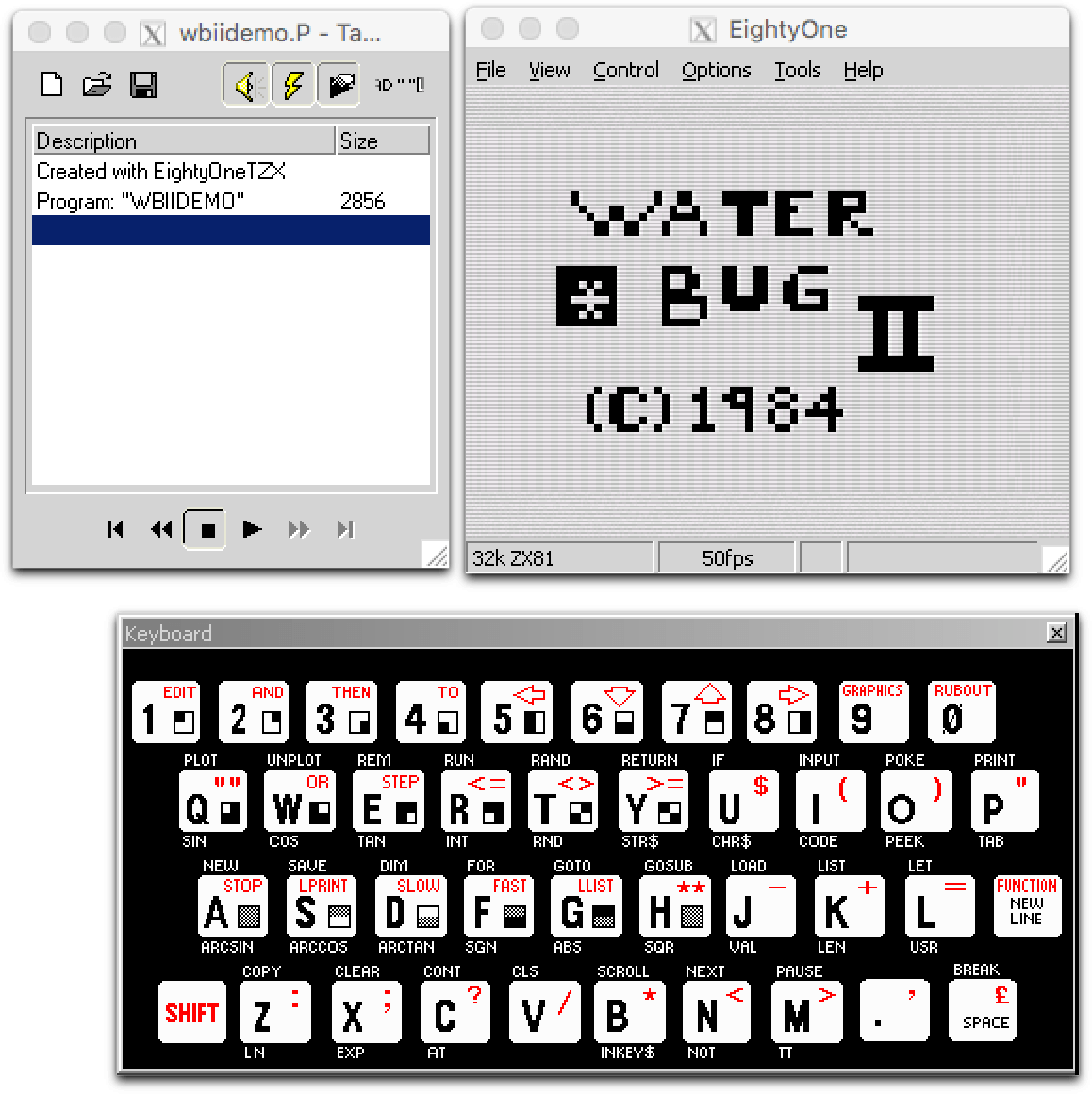 Failed attempts getting things working.
Although things worked for years, High Sierra seemed to be the version to break it. My first reaction was to update Wineskin. It isn’t hard, and it had been awhile since I bothered. Thinking it was a bug, I set about updating both the wrapper and the Wine engine. To my dismay, nothing worked. It seemed to run, but nothing happened. Not quite the experience I wanted.

For a couple of weekends, I searched without much success to find a solution. Some articles said it worked, others not—most were for the beta releases. I found I could run it from within within Wine, but not with the wrapper. I had a workaround but was otherwise frustrated. I gave up for awhile.

Success at last.
Tonight, I tried again. Searching around I found an article that confirmed it was broke. It had some screenshots that talked about the problem, but the fix didn’t click for me. I went off searching some more.

Another article confirmed what the first one stated. In High Sierra, the GPU detection didn’t work with Wineskin. Unlike the first article, it noted that the issue seemed to be how the GPU was being reported. To my surprise, it pointed back to the first as the fix. I was missing something.

Reading the first a bit more closer, I realized what they did. I first launched Wineskin’s configuration menu—hold the option key when opening. Going into the Wineskin screen options, I turned off “Auto Detect GPU.” Then, going into the advanced options, I drilled into tools and then Winetricks. There, you can set the video memory size (search for it).

From there, I tested everything. To my delight, it worked! EightyOne up and running again. I can now get back to working on my next program of the month. Now, if only I can figure out what program to work on next.