One of the first things I saw when I arrived in Idaho were colorful balloons floating across the brown desert and blue skies. A defining moment that I’ve carried with me for the almost 20 years I’ve lived here. So, when I came across Visionary Bricks’ hot air ballon I had the perfect picture in mind.

Running and balloons.
I’ve been an avid runner for the last year—something I’ll blog about later, and my friends convinced my wife and I to run trails in the foothills. On occasion, I take the opportunity on my runs to grab a photo of the scenery. It was one of those photos of a trail that became the backdrop for this render. 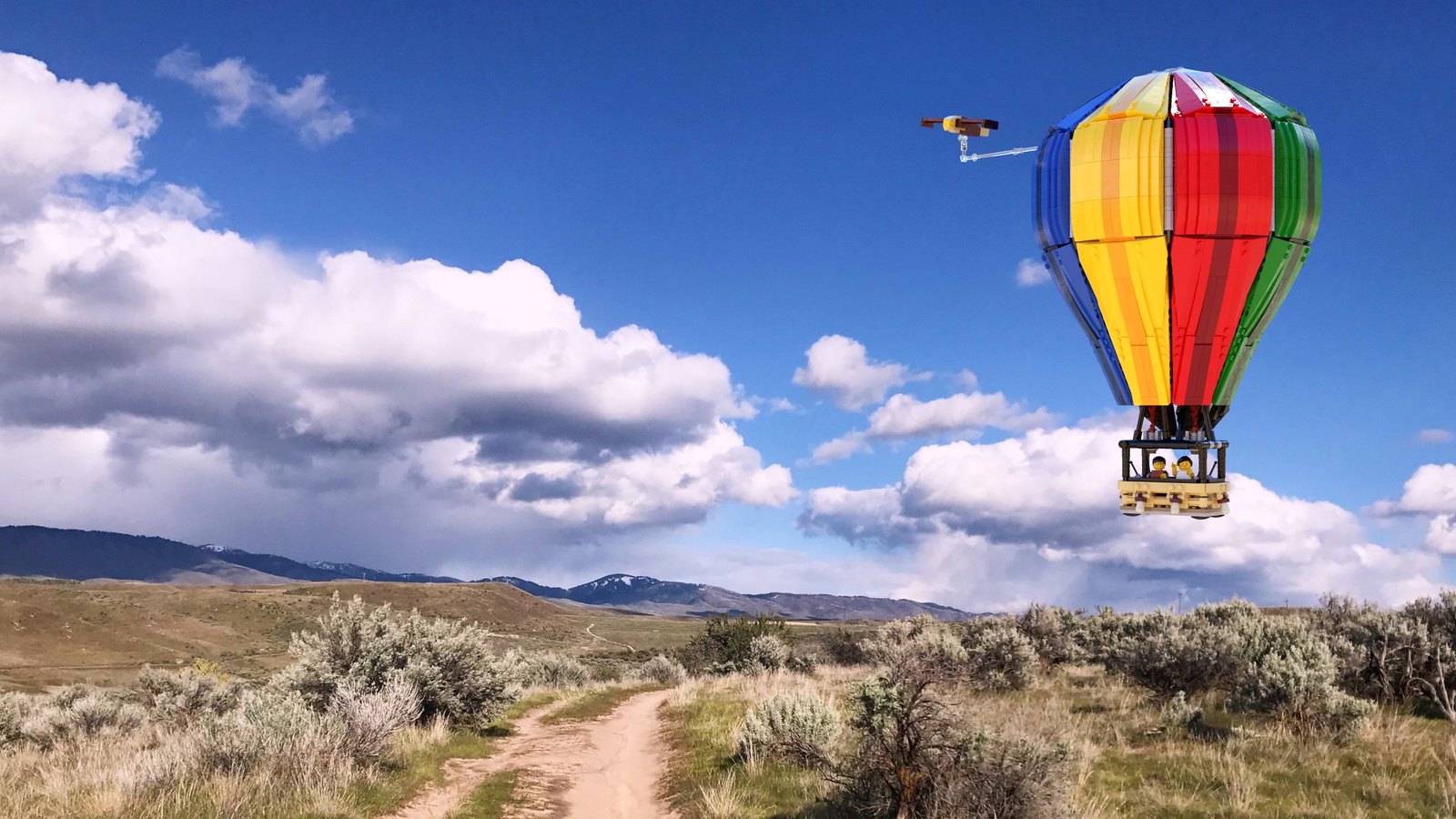 The balloons usually float over Boise as part of the Spirit of Boise Balloon Classic. Originally held in conjunction with the the now defunct Boise River Festival, it is a fun event and worth attending at least once if you live in the area. I went with family and friends a while back and enjoyed the lighting of the balloons called Boise Nite Glow

Just add bricks.
Visionary Bricks submitted this wonderful model to LEGO Ideas—support it if you like it too. You can also find his hot air balloon on Mecabricks, which is were I discovered it. Although there were already a couple of renders shared, none fit the scene I had in mind.

Similar to how I setup the Ego scene, I cheated by adding one of my Boise trail photos as a background plane in the scene. There is a neat add-on that you can enable called Planes from Images that makes that pretty easy to do. Just turn it on and chose the option in the import menu.

The best way of travel, however, if you aren't in any hurry at all, if you don't care where you are going, if you don't like to use your legs, if you don't want to be annoyed at all by any choice of directions, is in a balloon. In a balloon, you can decide only when to start, and usually when to stop. The rest is left entirely to nature.
– William Pene du Bois, The Twenty-one Balloons.

After I’d imported the image, I scaled the plane and rotated it 90º around the x axis. I had oriented the camera to the plane, avoiding needn't to tilt it. Once done, I just move the plane and camera until the object is between them and the image fills the camera. I tilted and positioned the balloon to complete the picture.

Somehow I messed up my first import of the hot air ballon—the bricks were missing colors. This is the second render I did after fixing the import. Note that I built this before Scrubs released his blender add-on. Both his lite and advanced scripts now support importing multiple models into existing scenes, making it much easier to modify and fix mistakes.

Wrapping up, floating away.
And that’s all there is to it. A great LEGO bricks balloon model and a pretty photo of Boise helped me realize my idea. I look forward to see see what great builds and pictures others create.