Each month I check to see what the latest LEGO mini build is. Since I don’t have a local LEGO Store, I often build and render them using virtual bricks. This month, I only needed to render it as as mathieub already built it. Yet, I decided to give it a little character. 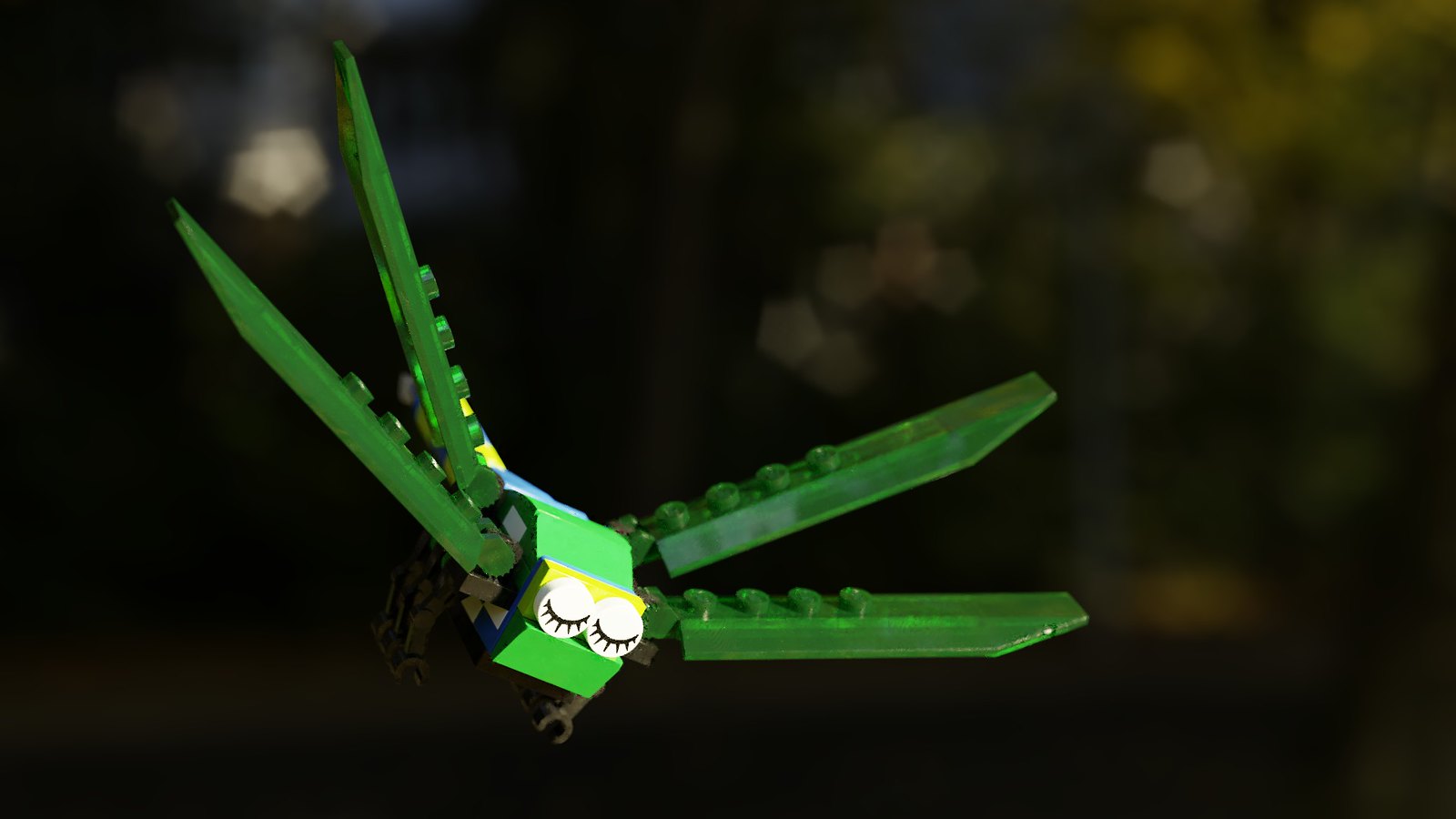 Unlike the last couple of renders shared, this time I used a real HDRI background to complete the photo. I wanted something a bit darker, given the sleepy look of the dragonfly. I ran across a nice outdoor scene with both a bright sun and a dark backdrop. There were also light filtering through the forest and house which allowed me to use some blur to create nice bokeh.

This dragonfly came up to me. He was hovering right in front of my face, and I was really examining him, thinking, How does he see me? I became enlightened.
– Ziggy Marley

One problem with rendering dark scenes is they often create artifacts. In Blender’s case, this is seen as fireflies or bright spots in surfaces. The transparent dragonfly’s transparent wings is especially problematic. There are many ways to get rid of them, but turning on the denoising feature in Blender’s nightly build did a good job of eliminating them.

Unfortunately, there are still some artifacts along the left edge of the dragonfly’s head. I tried a few other renders to see if I can could rid of them, but without much luck. I expect the cause of them is being in the shadow without enough light. No matter. The edge hid it well enough.