Although it’s been a month since my last LEGO® post, I haven’t been idle. With my current workflow, it only takes about 15 minutes to kick off a render, but I often don’t have the time to blog them. Correcting that with a few spare minutes, here are my last ten Blender renders.

#1 – A droid
My first share is a quick build and render from the 2016 Star Wars Advent Calendar. Although spurred to action by a recent article, I was unable to share the one shown. Choosing this one instead, I decided to spruce up the picture with a different light probe. It matched the unique color scene of this Gonk, one I don’t remember from the movies. 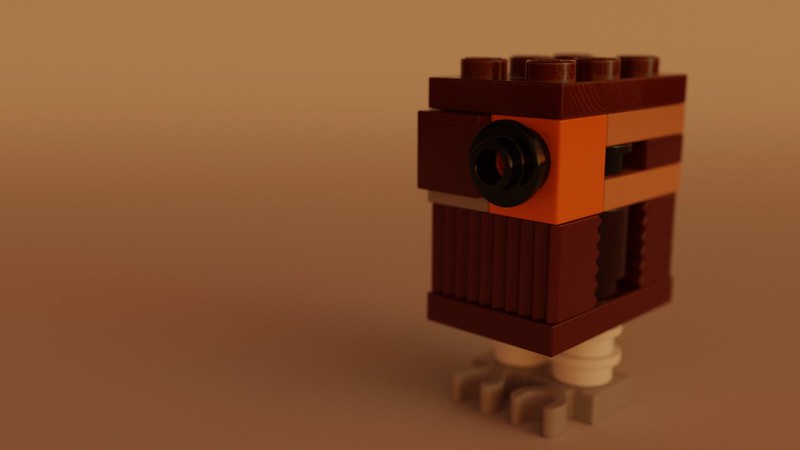 #2 – Where’s the fire?
A day later, rebuilt and rendered a family model. I built the first version by hand then rendered with POV-Ray. With the old minfig parts now available, it was now time to try in Mecabricks and Blender. The HDRI used is of a sunset, giving this version a darker look. Future stretch goal is to build the correct doors and ladder parts, but I’m pleased with the results. 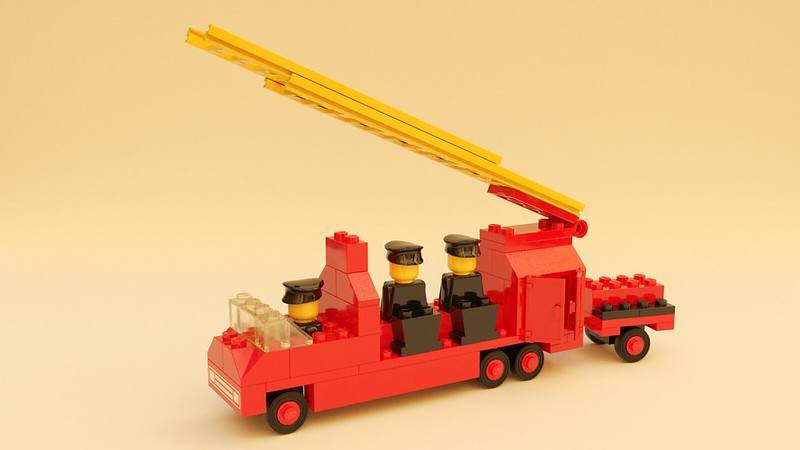 #3 – But why’s that speeder yellow?
I was looking for something else—I don’t remember what, when I ran across this limited edition set. Great design by Mark Roe and a fun little build. But that speeder color sure bothers people. 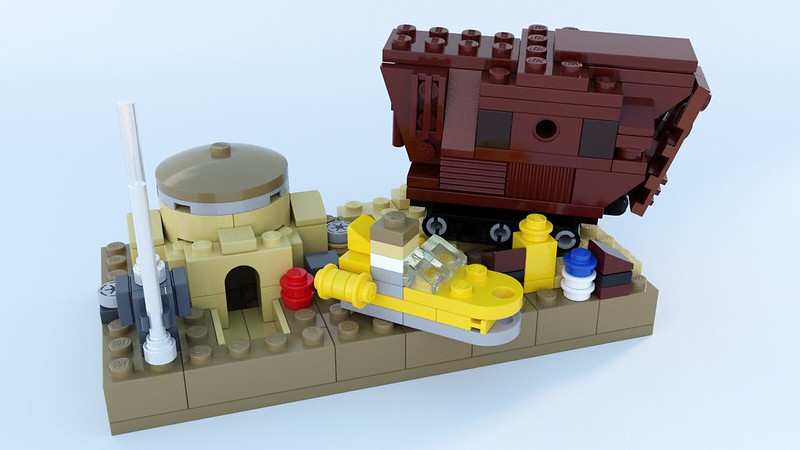 #4 – No political messages here.
A quick render before dinner that night. I like these architecture sets and this one was new to me. It had lots of fun details—plus, I didn’t need to build it. I also got to try out a new light probe with a bright sun in it. It gave the model a nice look. 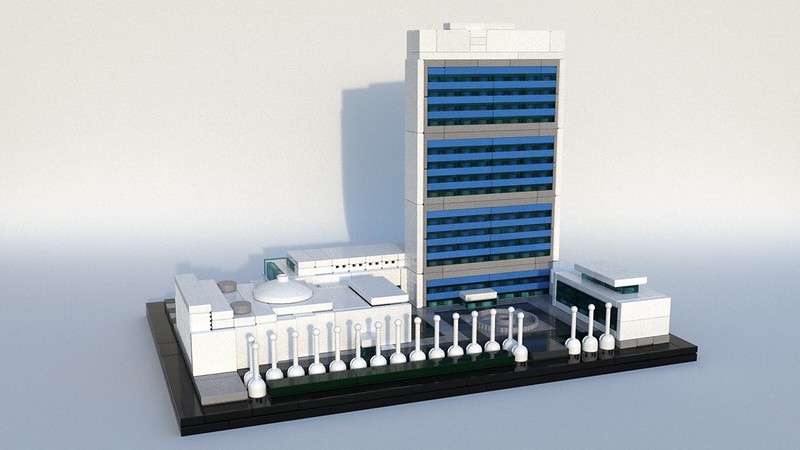 #5 – Fun in the great outdoors.
While browsing sets in Mecabricks, this build kept showing up. I’d downloaded it, along with some other builds, before heading out on a business trip. This is what you get when there isn’t a render yet and I have a few minutes to start one! 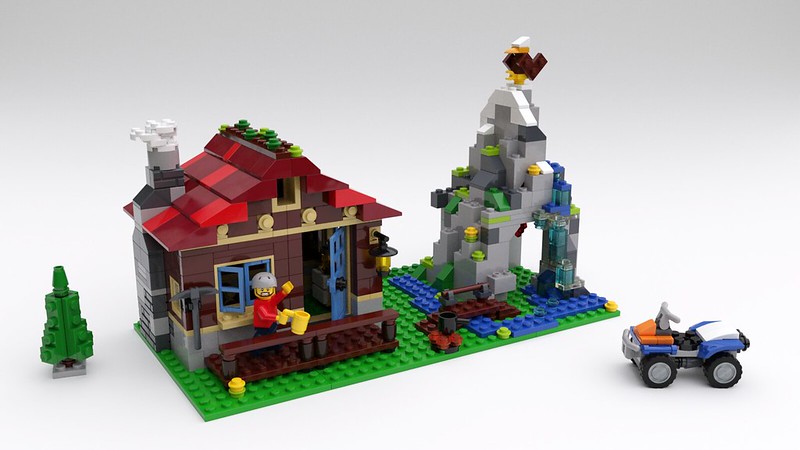 #6 – More art than architecture.
Adam Reed Tucker’s Fallingwater still captivates. Now retired, I rushed to build and render in POV-Ray when first released. Still not rendered on Mecabricks, I took the opportunity to revisit it. Although the Blender version matches my original presentation, this version’s colors are more vibrant. 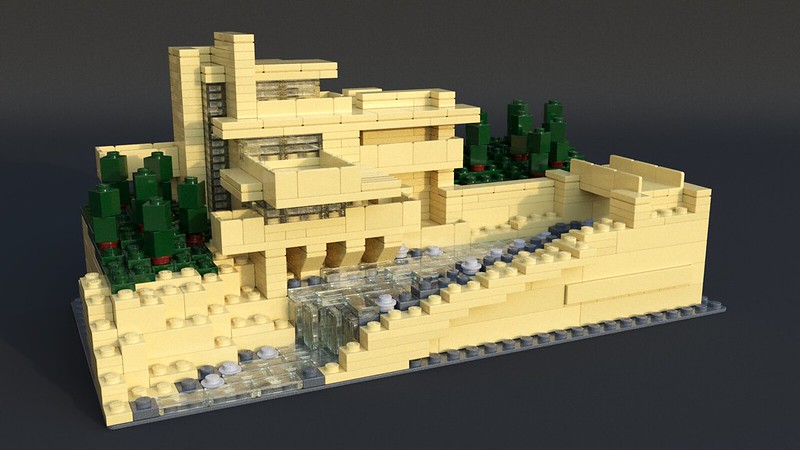 #7 – Those are horses?
Long plane flight? Time to set up a render! Although I didn’t render it until I returned home, I had the model and bricks all ready before landing. My POV-Ray version holds up quite well, but this one is a bit more interesting. I had time to add a backdrop and ground that, although not true to life, did spruce it up. 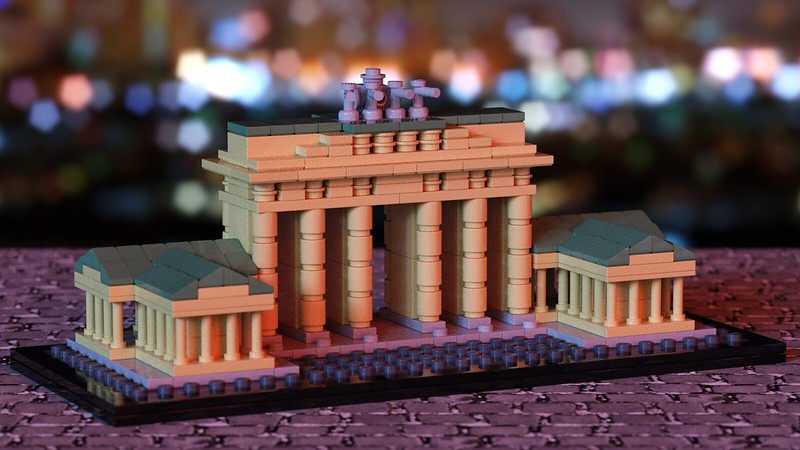 #8 – Nice bus, dude.
Although people recognize the iconic models that LEGO releases, their generic sets are good too. I grew up owning a few of these Basic sets, but there is nothing basic about them. The larger sets had motors and bricks that let the mind flow.

When I ran across this image, it was the bus that caught my eye. Assuming it was a model, it took some searching before I realized it was part of a Basic set. That sealed it for me. When I had time, I built it, then used the set’s pictures as inspiration for the render. 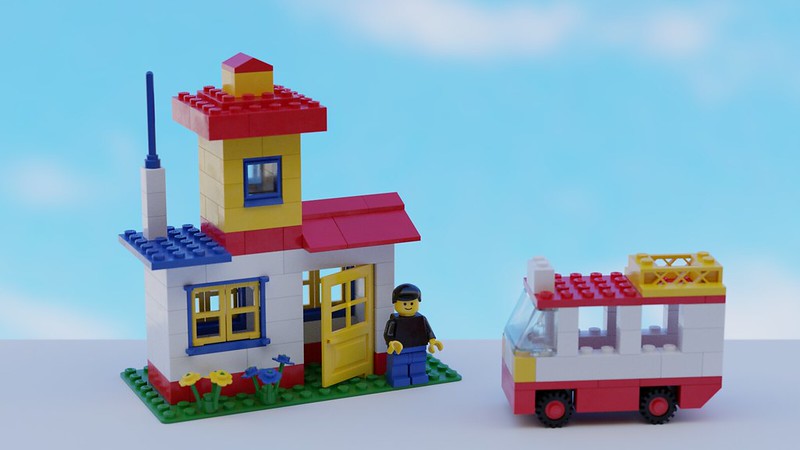 525 Basic House with Bus by Steven Reid, on Flickr, May 2nd

#9 – But is it fast?
The monthly mini builds are great sources for new renders. I’ve been building and render them for years. Since most of the pieces were available, I built this one to try out the new Mecabricks advance script.

Although uploaded today, the render is from yesterday. It is the second render I did after tuning some of the textures. You can get to the first attempt I did Friday via the model link above. 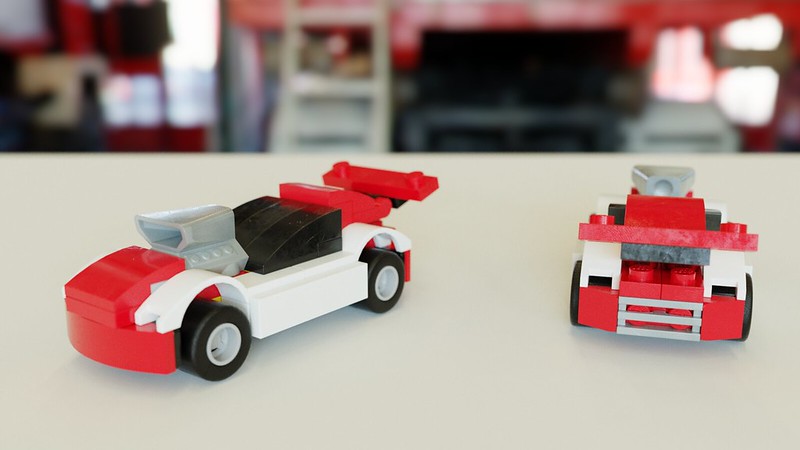 #10 – More yellow castles.
My final render is one of the few models that used the old minifig once LEGO introduced the current ones—in this case the statue. I’d been looking for another model using the old pieces and the scale jumped out at me.

TLG released two versions of this model, one for the UK in 1980. The other—the instructions I used—was Dutch dated 1983. Since Mecabricks didn’t have the stickers, my version works for either.

Given the age of the set, I substituted bricks where not available. I still find the yellow castle quite pleasing and more playful than the gray and black ones. Oh, and that house is classic. the flowers, figures and statue complete the scene. 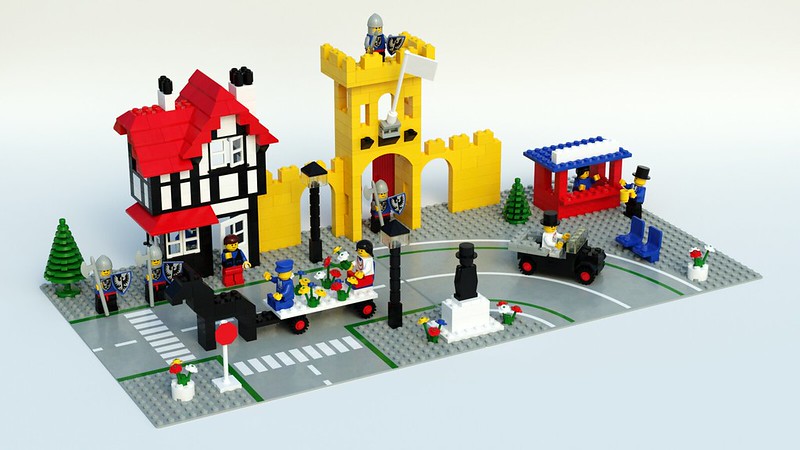