I’ve finished rendering 21005 Fallingwater in POV-Ray. Only 3 new bricks needed to be modeled so most of the time was spent inputing brick positions. I like this angle as it really shows off the waterfall. 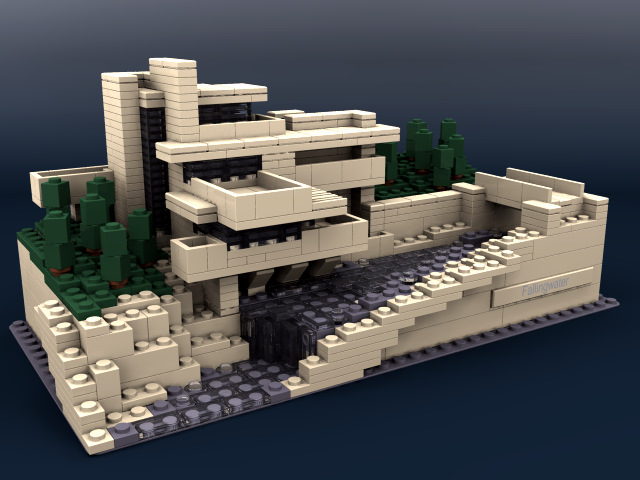 At the moment I’m rendering a large widescreen version for my desktop. Note that my latest renders aren’t using focal blur, instead opting for higher quality antialias settings. This was mainly due to the large amount of time it took to render decent focal blur.

Now that POV-Ray 3.7 beta supports saving and loading Radisity data, I’ve been trying to speed up the renders more using the two pass approach. I reduced the brick quality on the first pass since I really just need to the light data. Hopefully this yields similar results with fewer CPU cycles.