I haven’t built a new LEGO part for a number of years now. POV-Ray offered a very descriptive language, but the bricks were getting too complex. With the growth of the virtual LEGO community, I haven’t needed to render new parts. Until now.

Old is new—minifigs.
Although Mecabricks does its best to model the latest bricks, there are just too many bricks to keep up. Since some my sets are old, many of those pieces aren’t likely to get added. That’s okay, though, as it has forced me to learn.

The old LEGO minifig, parts 15 and 17, felt like a good first attempt. Taken from my 373 set, I was able to use the original pieces for reference. Plus, I’d built them once before in POV-Ray. It took me a few hours—I had to watch a few tutorials before starting, but I finally have my first couple of parts. They aren’t perfect, but are pretty close.

Once done, I needed to test how they looked in a model. I used my existing 696 Bus Stop—Bus Stop depending on where you find it. With six minifigs in this set, it was a good test of the new parts. I kind of suck free-hand positioning pieces in Blender, but I did my best to remove gaps or alignment issues. Below is the result. 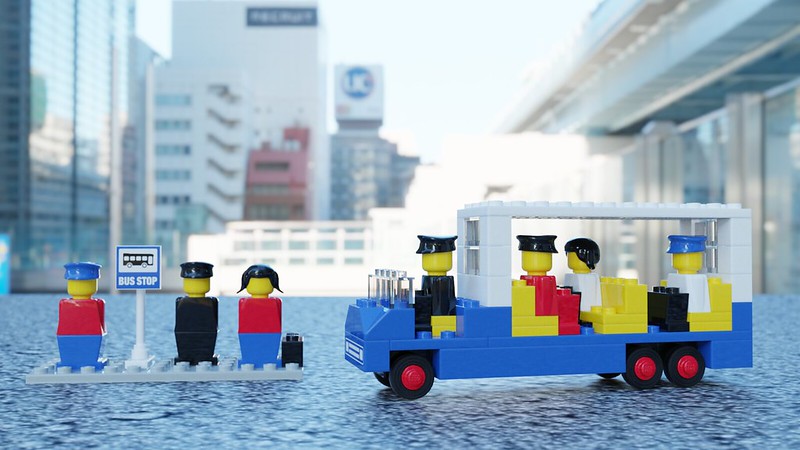 Making bricks from bricks.
Since I used an existing set, I could compare it with my original build, below. This version uses mining parts built from other LEGO bricks within Mecabricks. Although close, the difference is noticeable. 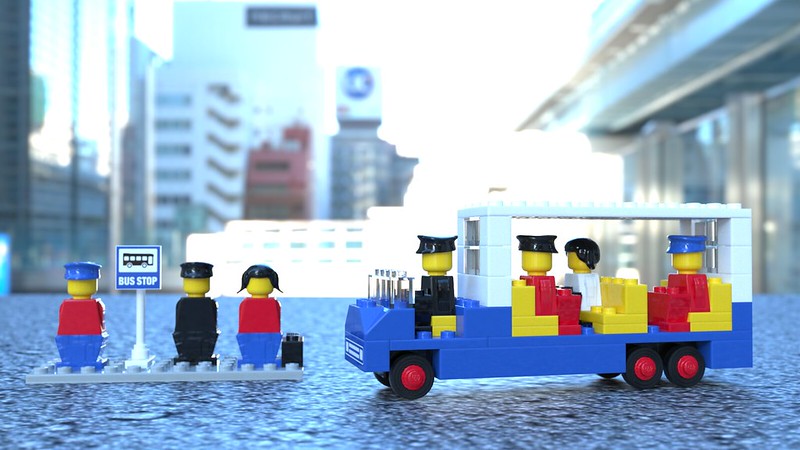 With the first attempt done, I’m now motivated to build some more and complete one of my sets.