I’ve been a long time fan of BioShock, with the first game still holding a special place in my collection. Without hesititation, I pinned Imagine Rigney’s Itty Bitty Songbird when I found it. Taking a break from writing, I got around to doing a virtual build of it. 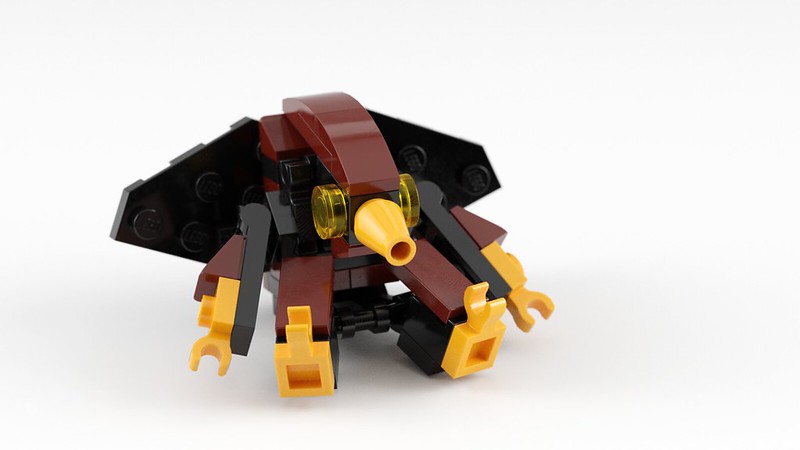 For those unfamiliar, Songbird plays a pivotal role in BioShock Infinite. I recommend giving the game a try if you haven’t already. I won’t spoil the experience by saying more. I will say that this mini version of him in LEGO bricks is spectacular.

Designed by Imagine Rigney for the Chicago Brickworld 2016, I enjoyed building it from the published instructions. I had to alter the beak due to a missing piece, so it isn’t 100% accurate, but the build itself was a challenge. There are a lot of twists and turns in the pieces that required some work in Mecabricks to recreate.

It may come as a surprise to some, but building with virtual LEGO bricks can be quite difficult. The older models that are more flat or stacked aren’t too hard, but anything that twists or bends can be a pain. This model required a lot of non-stacked connections. It is fortunate that Mecabricks includes good connections that allow the flexibility required.

The wings were one area that didn’t have a rotation point that I needed. Here’s a tip: add another piece that does. To position the wings, I used a small flat round positioned at the pivot point. I could then select both bricks and the round’s center pivot and rotate them as needed. I deleted the round when done.

When rendering in Blender, I chose to use the default ground and simple studio lighting. The model stands on its own. I did some minor tweaking, but otherwise is the same one exported from Mecabricks. I’m still using the Bender Advanced script 0.1.5 with default settings.

Updated March 4th
Apparently the beak piece is part 85975, also known as Fez. I thought it was a cone and didn’t think to look in head clothing for it. Scrubs set me straight, so I updated the render. 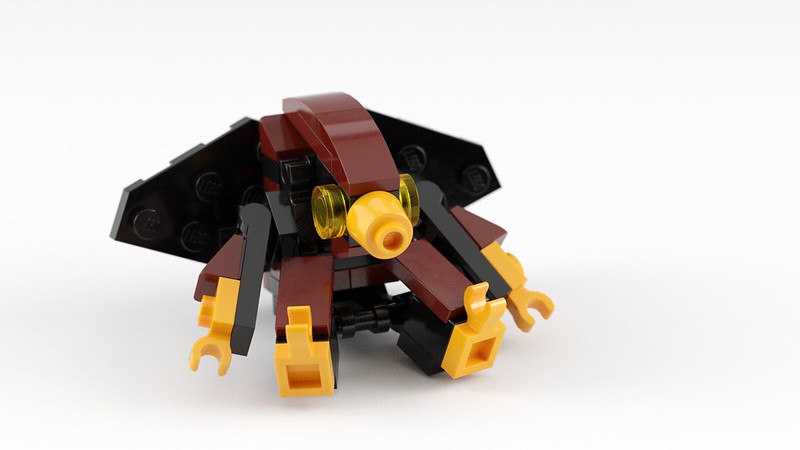 The good old trick of the 1X1 Round plate! I also use the exact same part as a pivot point when I need one that doesn't exist :-p

Too funny. I bet you have a bunch more tips. Could probably do a whole article on them. The hardest part of this model was getting the songbird to sit right and not have the ground cut through the bricks. No easy shortcut for that.