I’m still messing around with Mecabricks. Originally modeled in LDD and rendered in POV-Ray, this is the Blender version. It’s shiny! I like the lighting, but would have preferred to put a nice sky like I did in the first version. Perhaps I should go hunt down some Blender tutorials and figure out how to do that. Maybe later. For now, the model looks great with its realistic bricks. 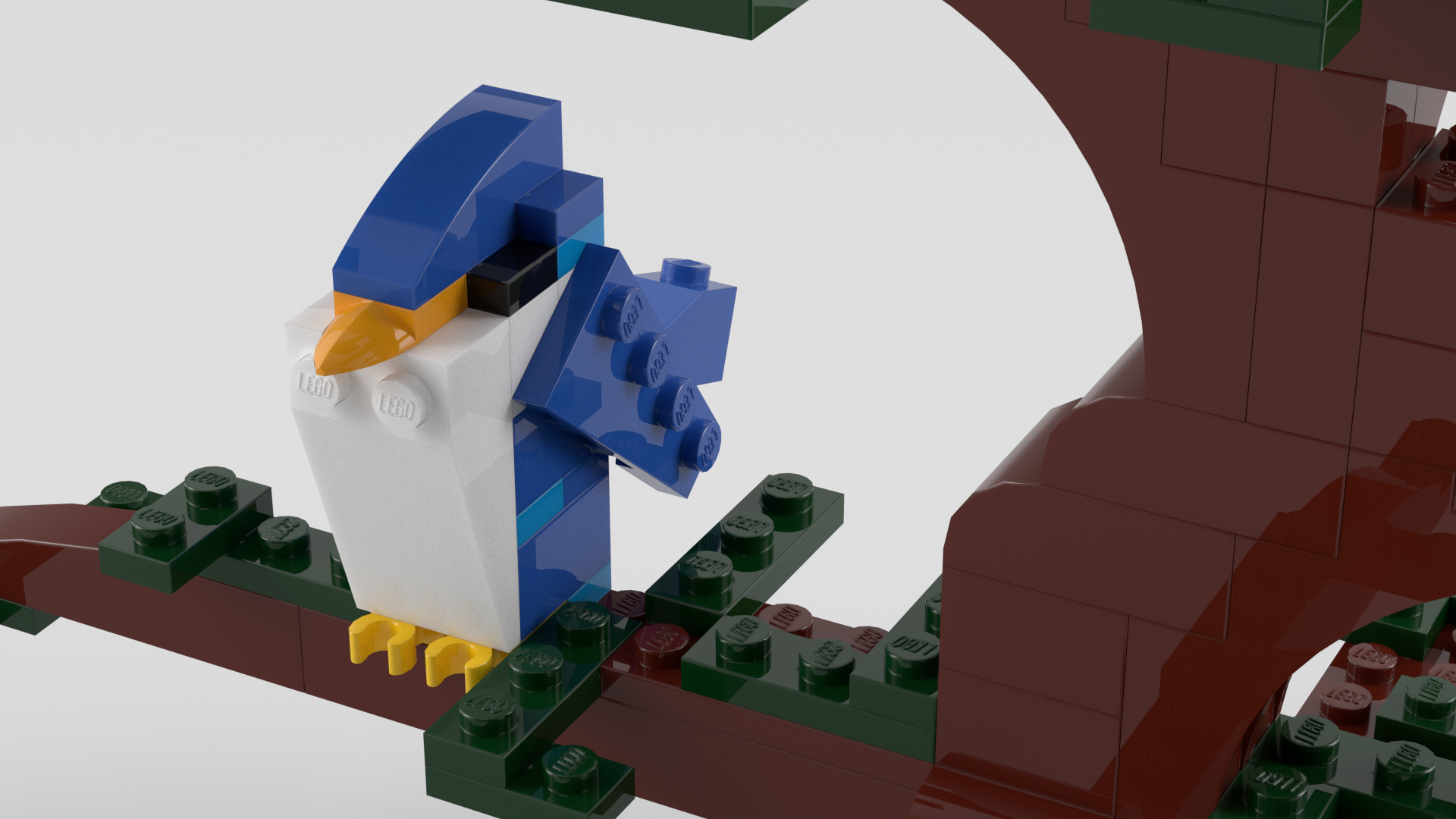 LEGO released this set as May, 2013’s monthly mini build.

Brickset named this model Kingfisher, but I’m not sure why. I pulled out the instructions I downloaded and it clearly states what the bird is: 05-13-BlueJay-40065. Perhaps LEGO released localized versions of 40065 for different regions.

It wasn’t all bad news though. Up to now, I’d just been importing models. Now I had an opportunity to build something.

As for the model itself, that tree of mine became a problem. Once I imported the model, I found the tree had a few holes. Oops. A few of the larger slope bricks are missing from Mecabricks library, forcing me to find alternatives. It wasn’t all bad news though. Up to now, I’d just been importing models. Now I had an opportunity to build something. Moving bricks wasn't quite as intuitive as I thought, but, once I got the hang of, the system worked well.

One other thing I noticed, like my last render, was that some of the bricks’ straight lines show through. Again, I’m sensitive to them so I doubt others will notice. Yet, I’d still like to clean them up if I can. Guess I’ll be adding that to my to do list as well.