Although my late 2013 MacBook Pro still works well, it was showing it’s age. Sadly, I found it freezing from time to time and generally not running like it used to. Given that my Window’s laptops lasted only a few years, I’ve been very happy with longevity my mac. Yet, this was going to be the last year it received an OS update. With the release of the M1, I took the opportunity to upgrade and try it out. That means it was time to render some LEGO bricks!

Of course, my first test was to launch POV-Ray and see how it compared. Yeah, the M1 beat my old laptop, but the more interesting part was it worked. That gave me hope when I fired up Blender to see how it performed. For a quick test, I loaded up my last render to see if it would run. It did, and was was definitely faster, and even under Rosetta.

Not satisfied, I’d been digging around for a native M1 version of Blender. Digging through forums, I found an unofficial build by Stefan Werner to try out. Although an alpha build, it loaded up the Santa scene and rendered without issue. The initial tests were in the 6:35 minute range. My tests with the Intel version was over 13 minutes, but I was able to get it down under 9.

These results were great and showed how well the M1 performed in either case. My intent wasn’t to run a direct speed test, but to check how it would impact my workflow. To Apple’s credit, everything ran well. I ran some informal tests by turning on preview windows and moving objects. Things were quite snappy.

For a better test, I thought it would be fun to render something new. As an avid follower of classic space, I thought rendering the Galaxy Explorer would make a great test. Plus, I didn’t need to build it. After a quick search, I found a model on Mecabricks. I made some minor tweaks, but for the most part left it alone.

After a quick export, I booted up the alpha build. I added in the Mecabricks advanced script and loaded in the model. The first attempt didn’t work right, but after loading a new template I found it worked fine. Next step was to make it look interesting. I dug around a bit to find a nice galaxy to explore. I decided I wanted the explorer without the base. I imported the image as a plane, got everything set up, and I was ready to go. Sort of.

Remember, this is an alpha build. For whatever reason, the HDRI lighting didn’t work. No matter what I tried, I could only get the default red sky. Not very useful. After exhausting options, I decided to load the scene in 1.89. After a sufficient warning about different versions, the scene worked fine. I saved and went back to the M1 version of Blender. This time, everything worked great! A few more tweaks, it was time to render. 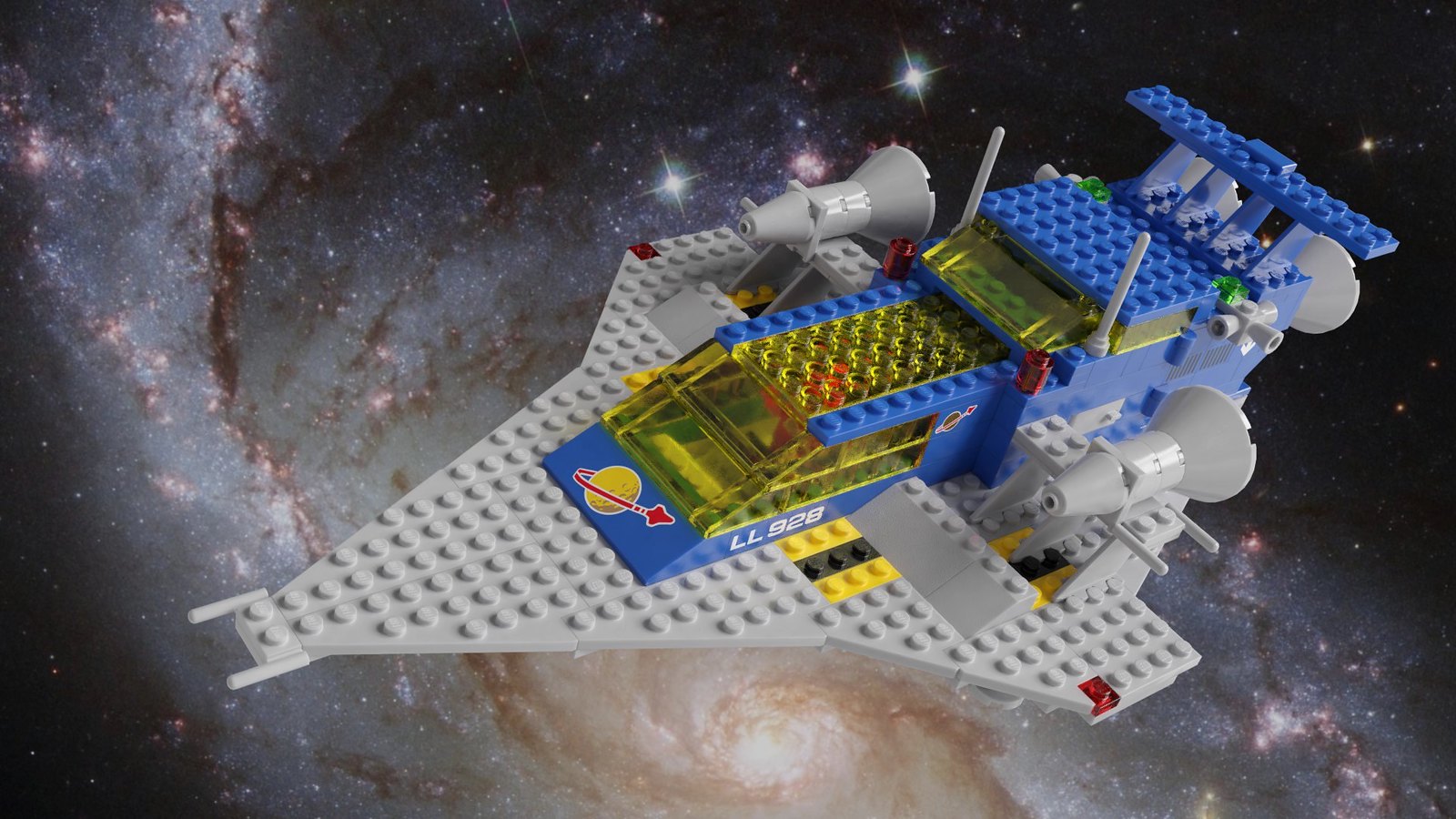 The results were great, as expected. It ran quick and the preview was good enough for testing rotations and the like. Being a newer computer, I expected it to be faster. But still, it was a nice to see how things worked in practice. Well, most of the time. I still get the occasional crash with Blender, but I had that problem on Intel as well. I had to run an older version of Stud.io, but everything else has run so far. I look forward to seeing how things improve over the coming months.

5 Comments on this article:

Obviously, we all wish that someone could just create a new target in xcode and click build and voila but this is great news. Really looking forward to Blender running native on Apple silicon before the serious M1 silicon ships later this year.

That would be nice, but I understand all the challenges of porting code. To be honest, though, I found the Intel version runs great on my M1. After a month of using my M1, I don’t even think about it being a different processor.

Thanks for sharing your experience. Where can we get the unofficial build of blender for M1? I don't seem to find it anywhere.

Wow, missed that I didn’t include the link. Here is the unofficial version of 2.91 compiled for M1 on github.

Can you test "benchmark.ini" - "benchmark.pov" in POVRay under M1 and post render time? Thank you.