Tis the season to render Santa. Well that wasn’t really my plan, but it worked out that way. I was browsing around Bricklinks, mostly trying to update some of the recent sets. Searching for a small reindeer figure, I ran across LEGO set 1628 Santa with Reindeer and Sleigh. A great set from 1989, it looked like it would be a fun set to render.

Starting at the end.

I’ve been pretty busy in 2020, building quite a few renders. Most were of small sets, but there are a few big ones as well. Sadly, I didn’t get around to putting many on my website. I mostly shared them through Flickr. It wasn’t until I went grab the link that I realized how many new images I added this year. Funny how I find time to create, but not to share.

Coming back to LEGO set 1638, I thought I’d share more about my process. I went back and grabbed some screenshots of my work flow. It isn’t as cool as a video—something to work on in the future, but it might still be of interest to someone. However, before digging into that, let’s review the final image. 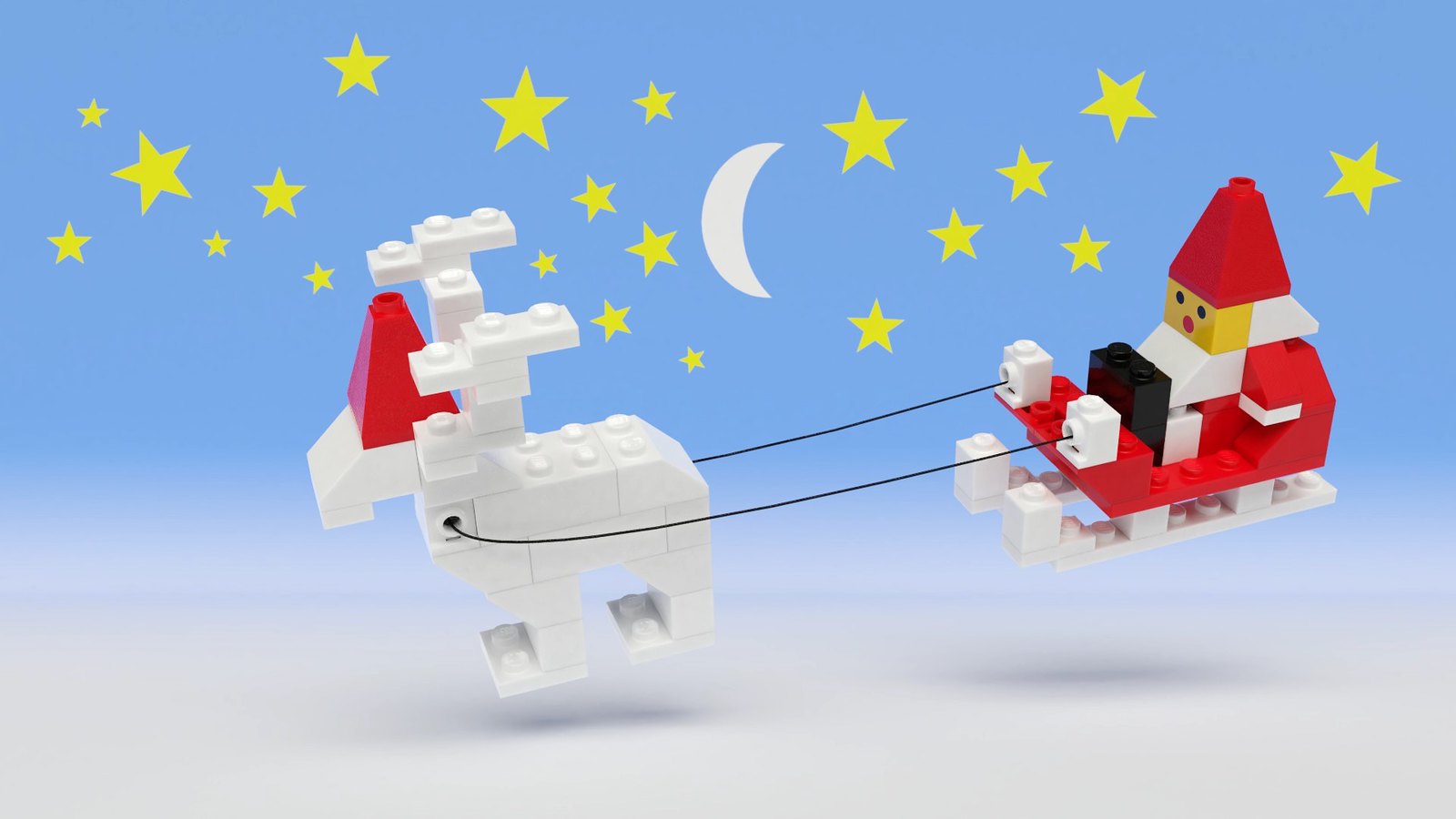 1628 Santa with Reindeer and Sleigh by Steven Reid, on Flickr

Although I didn’t time it, I’d guess that from beginning to end probably took me an hour or so. My process flow is pretty quick, with only a few items that slowed me down. I’ll note a few hiccups below, but otherwise this was a smooth render.

As usual, I started by looking first to see if someone had already built the model. After a quick search in Mecabricks came up with nothing, I opened up the workbench and got started. I opened up the instructions in Peeron, a site I’ve used for years, and set them to the side.

The build itself is mostly basic bricks. I started with the reindeer, which is almost all white bricks. The antlers were the most complex to move, which isn’t saying much. I had a minor panic when I couldn't find the hat. To my relief, it popped right up when I searched for the part number.

With that done, I moved on to Santa and his sleigh. Although more complex, it is obvious that the build is for younger children. There are no special techniques here. Being 1989, the set is very blocky’just the way LEGO should be! Okay, I like SNOT techniques as much as anyone else, but the charm of these old sets never grows old. 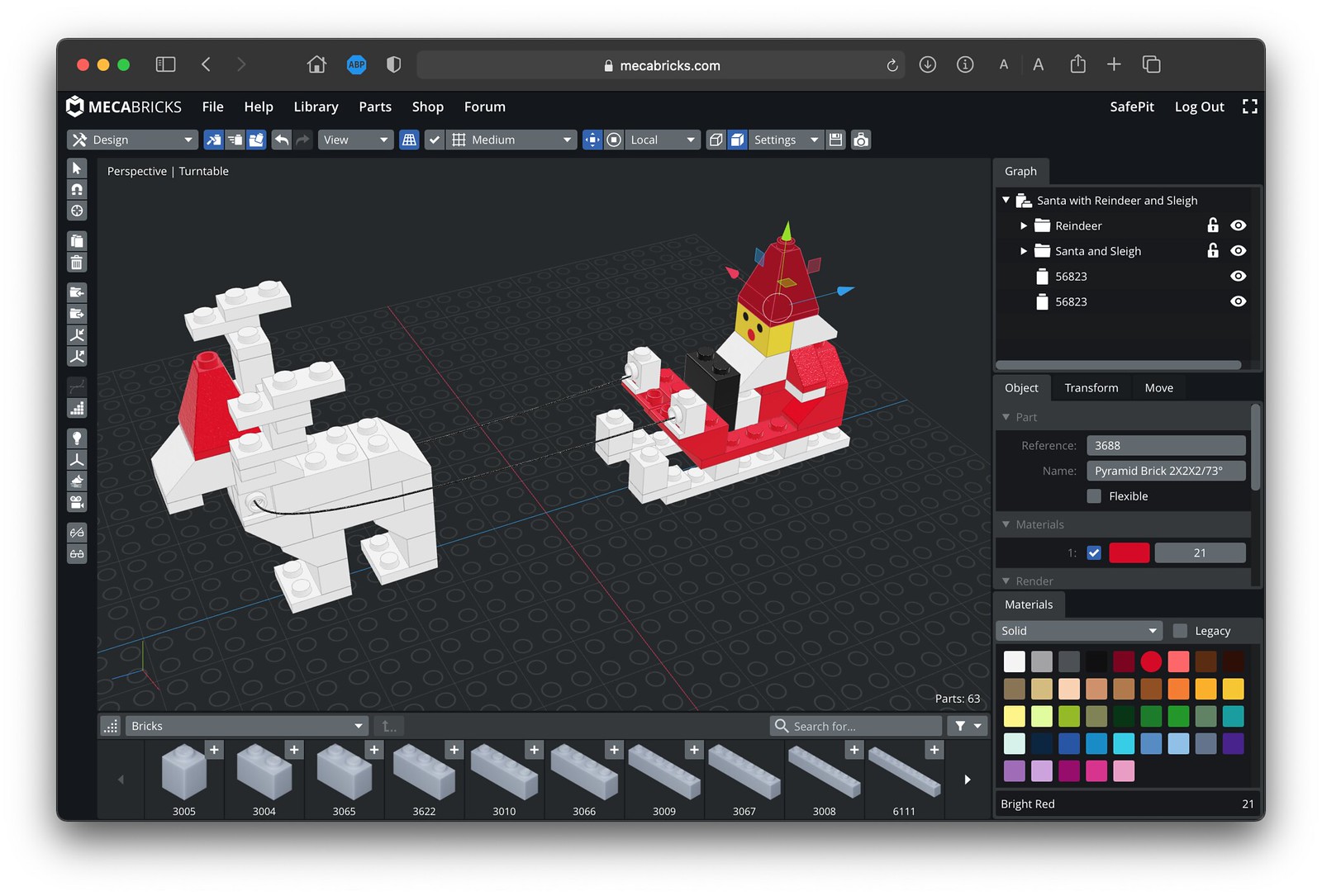 Working on LEGO 1628 in Mecabricks by Steven Reid, on Flickr

Perhaps the biggest headache was putting the strings in. I’m not a big fan of strings, and I almost passed on this set because of them. Yet, I knew that Stubs had improved them in the latest workshop build. Armed with that knowledge, I dived in. They were a bit of a pain, but after figuring out the handles, I had them positioned and looking pretty decent.

With the model complete, I exported it in the ZMBX format that the Mecabricks add-in uses. I own the advanced script, something I recommend purchasing if you want the best looking parts. I usually have to dial down the finger prints, but this time I didn’t need to. The only weird part was Blender hung when I first tried to import. I grabbed the default template and tried again without issues.

After importing the bricks, I started to think about how I wanted the set to look. I really liked the original LEGO art in the instructions. The stars and moon with the gradient background looked pretty good. I decided to replicate some of that in my render.

After walking through a few options in my head, I loaded up Boxy SVG. I knew there was a star shape already, but was glad to see a crescent as well. The default wasn’t quite right, but after digging through the options I found the way to tweak the shape. With the moon looking right, I positioned it in the center of the resized backdrop. I decided to just use the same dimensions as the viewport: 1920x1080. 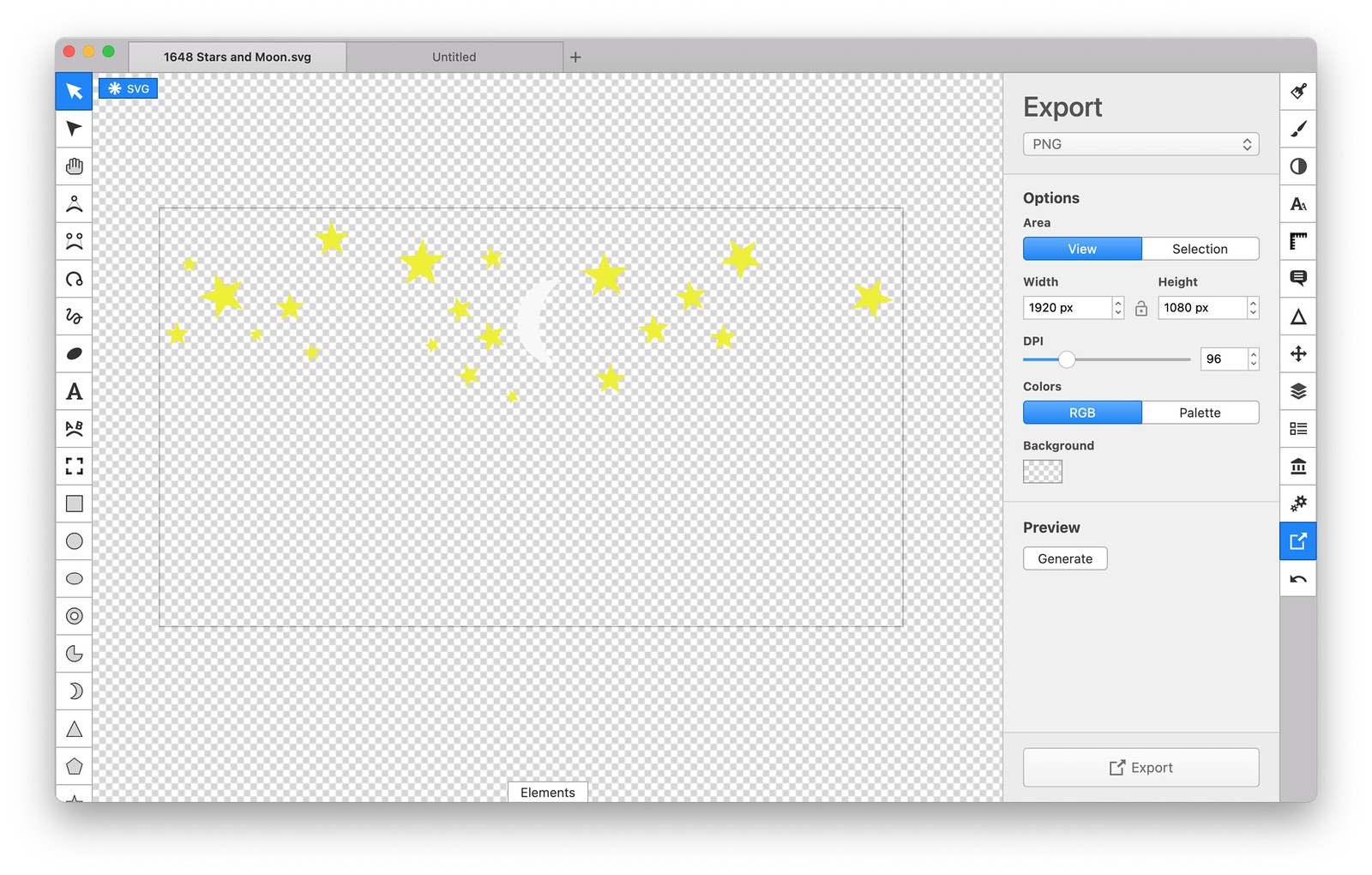 Working on LEGO 1628 Background in Boxy SVG by Steven Reid, on Flickr

With the moon in place, I started to add in all the stars. There were 21 of them, yes I counted them. After adding them, I then positioned them in a pattern like the the box art. I had to rotate and resize them to get the look just right. Usually this part takes me forever. This time, I was done in maybe 20 minutes. I exported the image as a PNG and imported into Blender as a plane.

I thought the reindeer and sleigh would look best flying. This made it a bit easier to position everything. I centered the camera, which is usually pointing down at the model at an angle. Not needing that, I just set it to a 90° and changed its height. After appending a gradient background from my other template, I was able to position the background and fix the camera location.

With the scene set up, I turned on preview and started to position the model. Tweaking different location and rotation values, I finally got it sitting nicely within the stars. Normally, this is where I tweak the model itself. Usually there are round parts that need a little cleaning up. This time, the model was all square. This saved a ton of time and allowed me to focus on the next part, lighting. 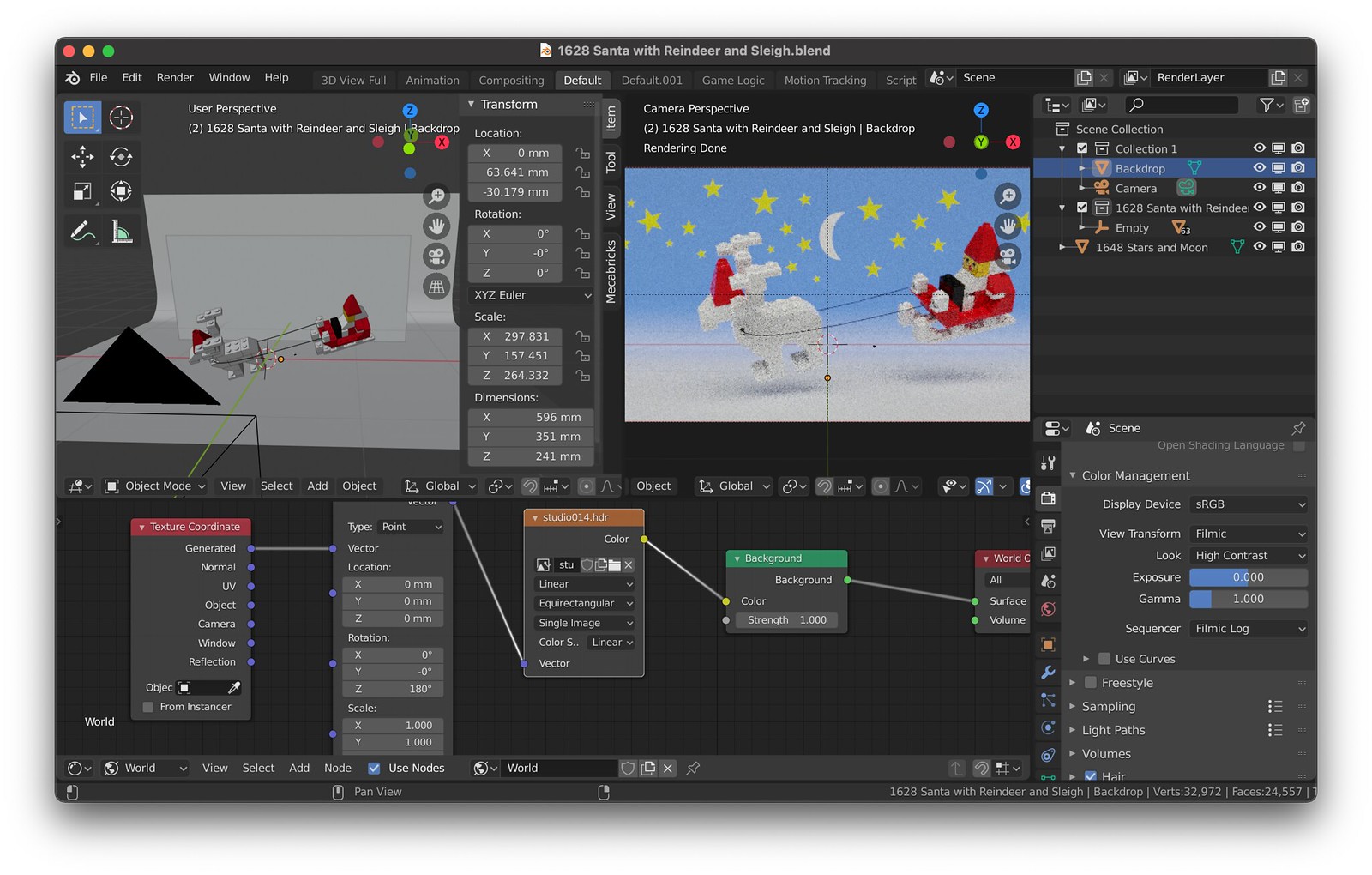 Working on LEGO 1628 in Blender by Steven Reid, on Flickr

And lighting was where I struggled. I loaded maybe a half dozen HDRIs trying to find the right look. I wanted something white, but with shadows. The first few I tried added a color cast or were too dark. I found a good studio light, but it didn’t look right when I imported it. After tweaking the rotation, I found an angle that did a good job of lighting everything.

After a final tweak of the contrast, I was ready to render. That took some time, which I used to publish the model on Mecabricks. Once the render was done, I exported the render and did some final color tuning. That is the final revision that I loaded into Flickr. All said and done, this article took longer to write than the entire time it took me to build and render the image! Talk about a decent workflow. Hope you enjoyed this. Have a wonder holiday and I’ll see you in the new year!