I’ve been having a lot of fun in May, rendering images and trying out some new techniques when I can. I’ve also been trying to learn Blender, work on decorations for old models, and try out new sites. Although still learning, here are four of the renders I made during the middle of the month.

I found instructions for this little guy on Pinterest. Although he didn’t take long to model, finding something to do with him was more of a challenge. This is my test render using a colorful baseplate. 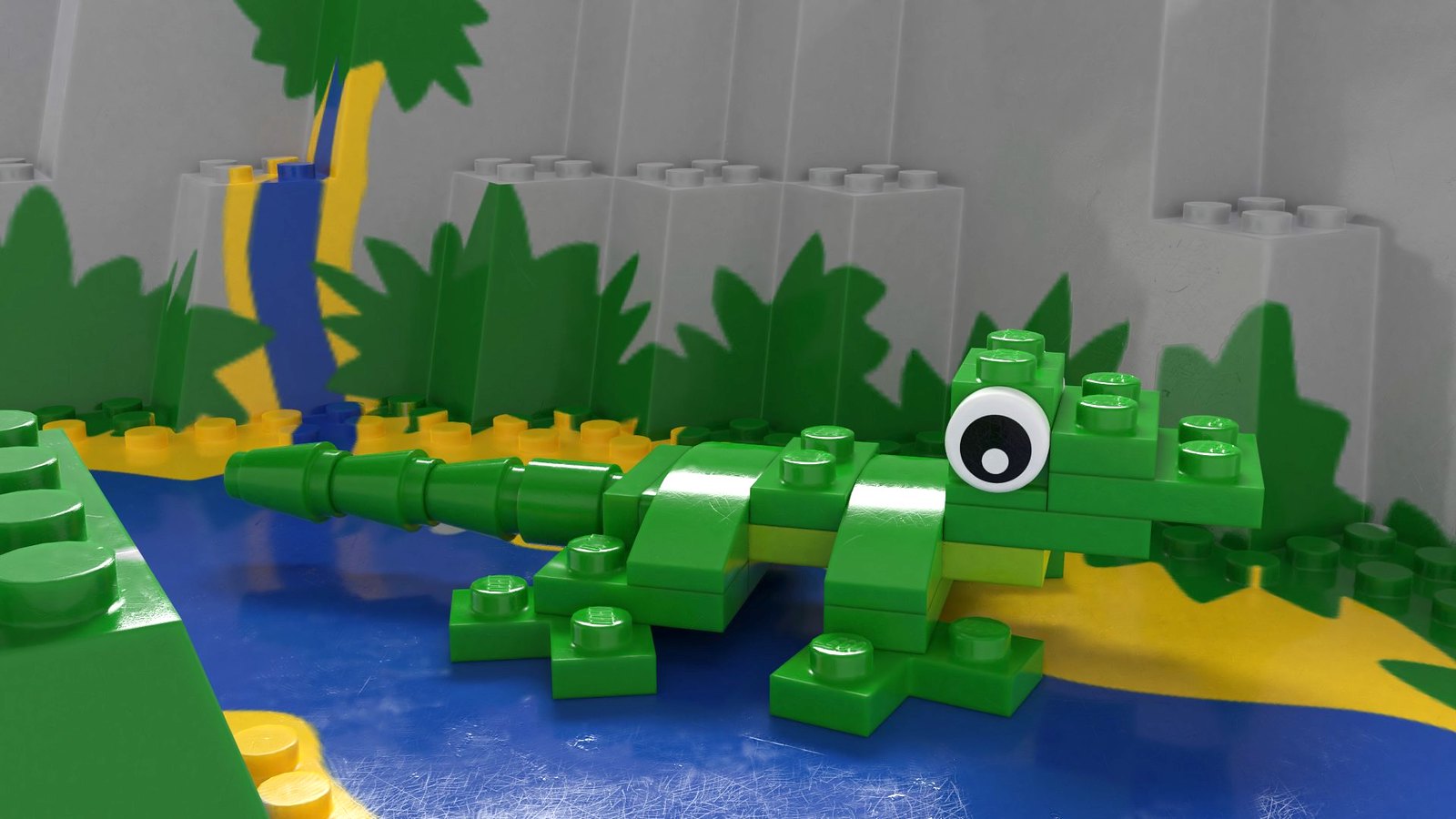 Not done yet, I want to put more effort into building a little enclosure for him, much like the designer did. But for some reason I haven’t found the desire to work on it. Instead, I decided to play around with the Mecabricks workbench and run some test renders with it.

Once happy with the results, I ported it into Blender for the final render. I like the features in the advanced Mecabricks importer. After my initial render, I made some tweaks to the settings and parts for the final image. The fingerprints and scratches were too much for this closeup.

I was futzing around online and ran across this model. It was already built on Mecabricks, but lacked a render. The snow parts were interesting and I thought it would be easy to render. It was. Although, I was busy watching LEGO videos while Blender did its magic. 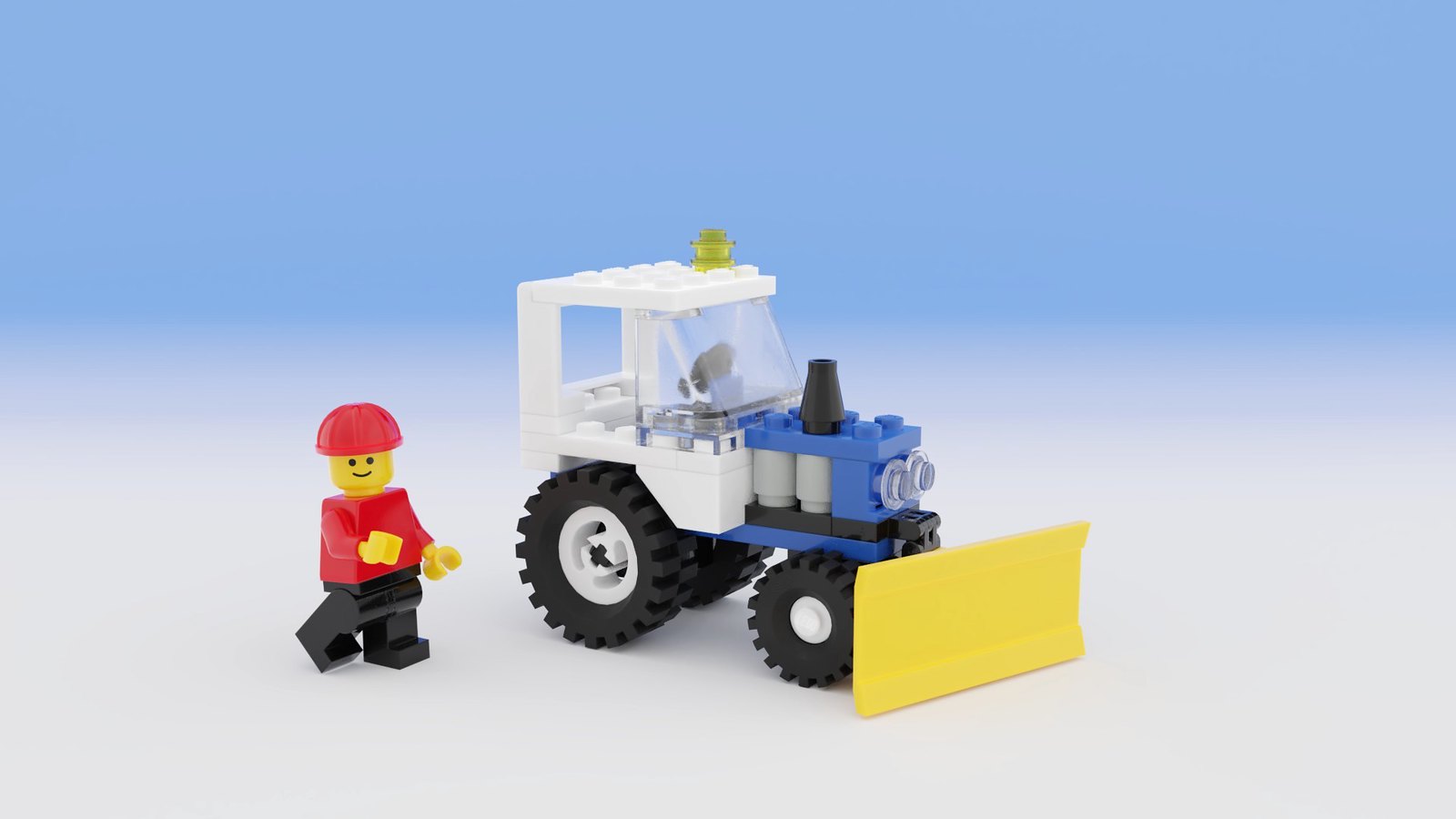 When I saw this set from 1977, I thought it looked like a fun build. Although already built, I used it as an excuse to revisit water in Blender. Using the time I spent waiting on the last render to complete, I divided my time watching water tutorials. 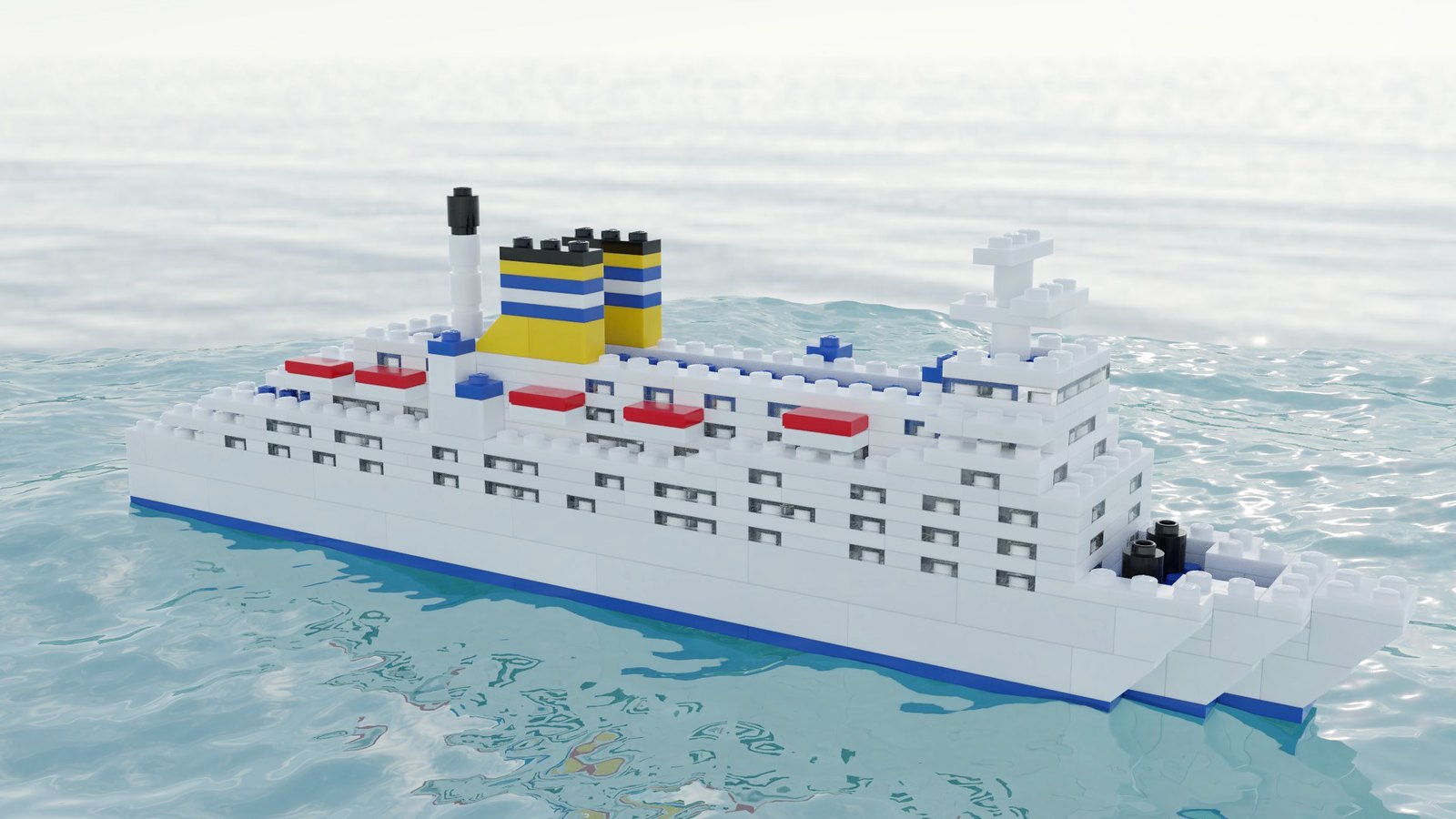 I had done water before, but I felt I could do better. My goal was to create better looking waves. The material came first, which was easier than I expected. But the waves still didn’t look right. After watching another tutorial, I figured out the different options on the ocean modifier. For the final image, I found a decent HDRI and turned off transparent to let the clouds show through.

Lilbiridie16 let me know of a new version of the MTA Flyer. Taking a break from watching videos, I decided to grab the latest model to render. I Love the use of the Ghostbuster’s license plate, tying it back to New York. 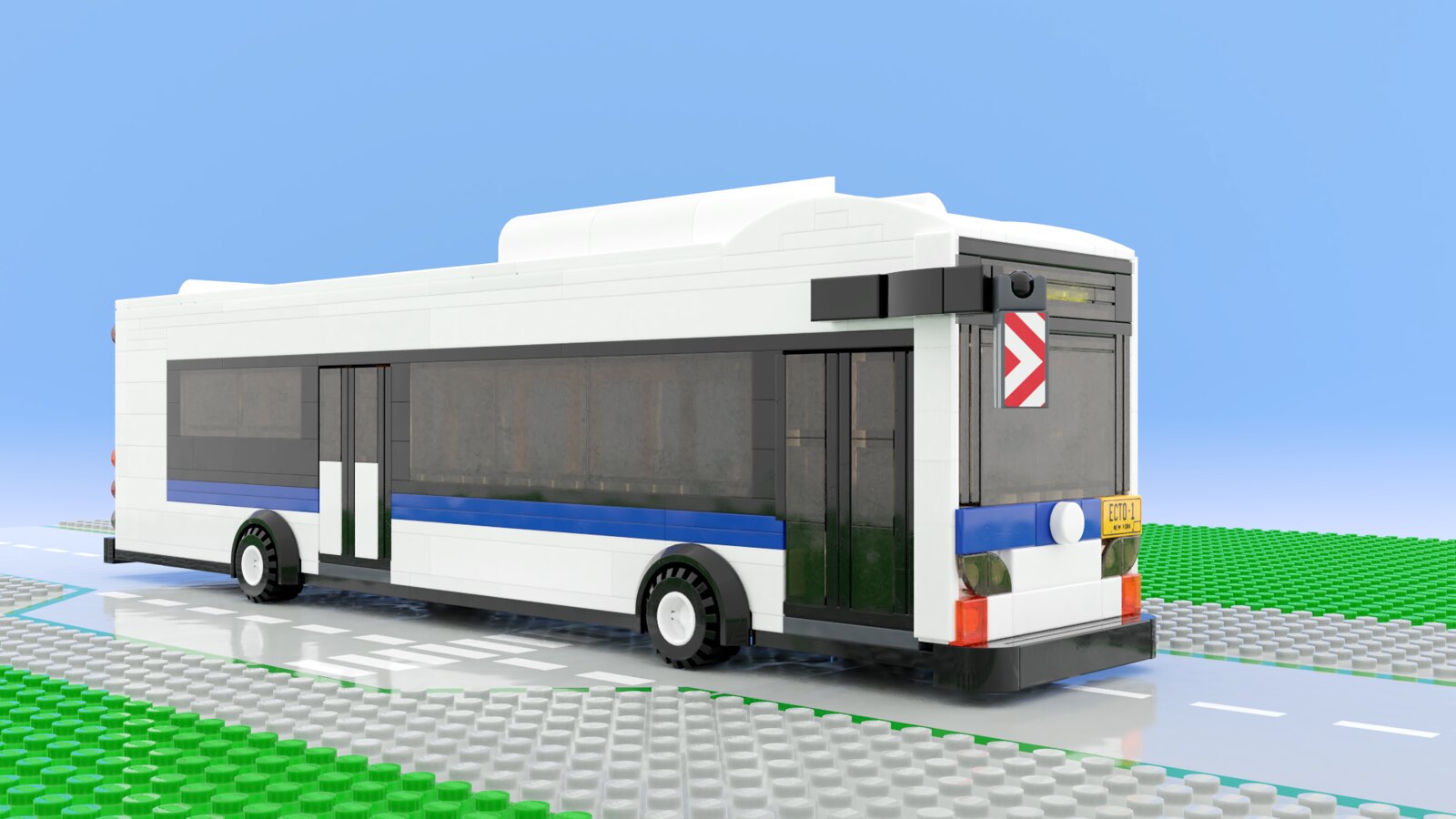 Trying to differentiate it from my last render, I decided to add some road plates to the model. Although not a whole city, it is more interesting than a white ground. I played around with different lighting and angles of the bus until it looked the way I wanted. I also had to tweak a few settings and parts for the final render.

After those renders, I spent a good amount of time playing around with animation. I tried to rig up a minifig. I used the one from the 6524 set above. Although finally successful, for some reason I can’t seem to add key frames. Frustrated, I decided to put it aside for a bit and focus on other activities. That said, I promise to get back to animation again.