Spring is in full swing and I’ve taken time away from running to complete a few LEGO renders. The topics range from movie blockbusters, old BASIC sets, to random sets from Pinterest. I even did some experimenting with Mecabricks rendering to see how it compared with mine. Here are four images to show off this Spring.

40334 Avengers Tower—April 20th
With Marvel concluding their 23 film run with Avengers: Endgame, I decided to commemorate the event with a LEGO render. I like the promotional Avenger’s set being offered by TLG and sought to recreate it. To make it a bit more interesting, I decided to render a closeup to show off the Quinjet in the set. For the background, I used a recent city photo of mine. Can you tell what city? Hint: it isn’t New York. 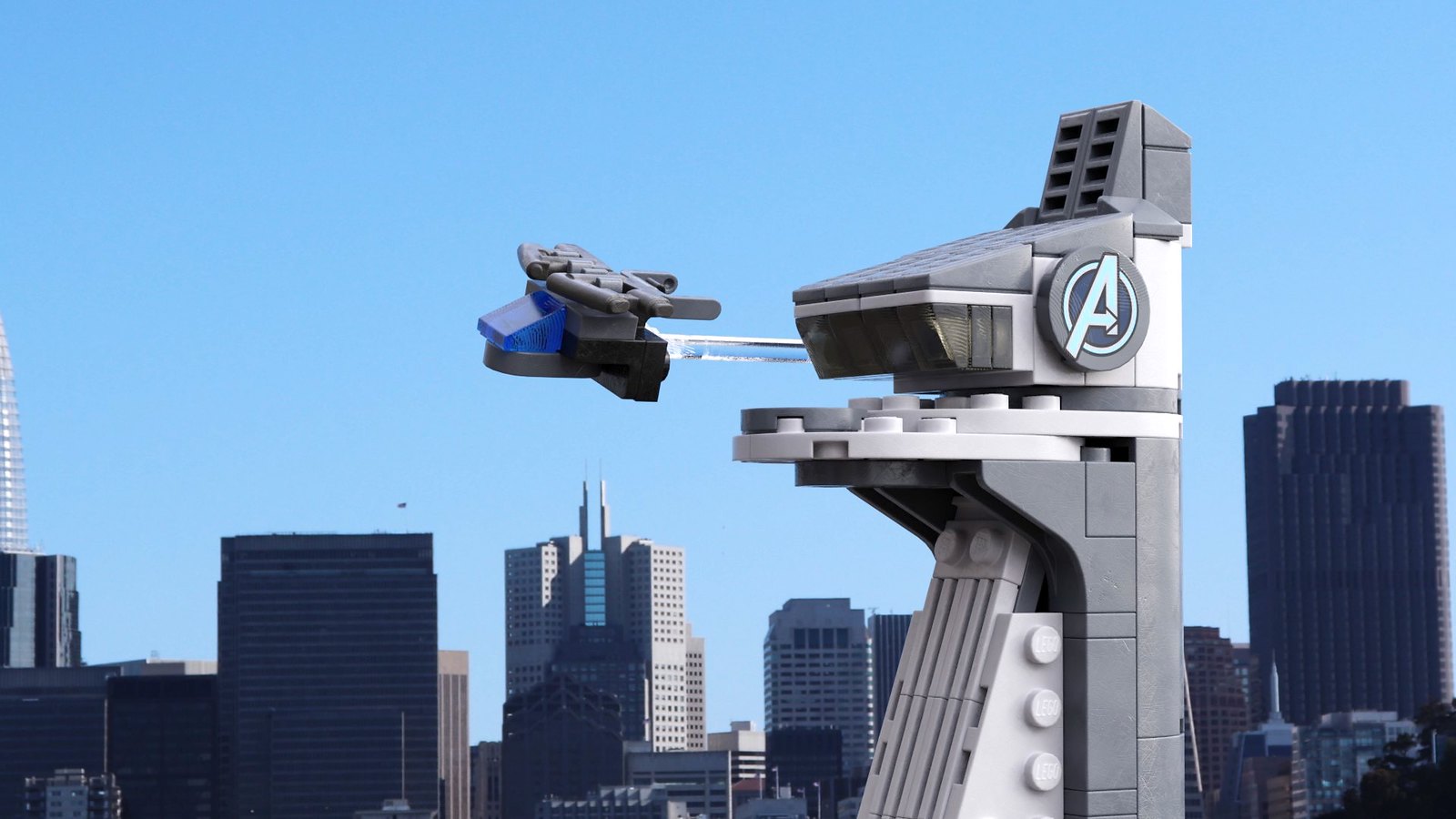 525 Basic Set—House and Car—April 22nd
I had this pinned from when I built the other model from BASIC set 525. Unlike that one, there were no instructions for the house. Undeterred, this is my rendition of that model using Mecabricks and Blender. 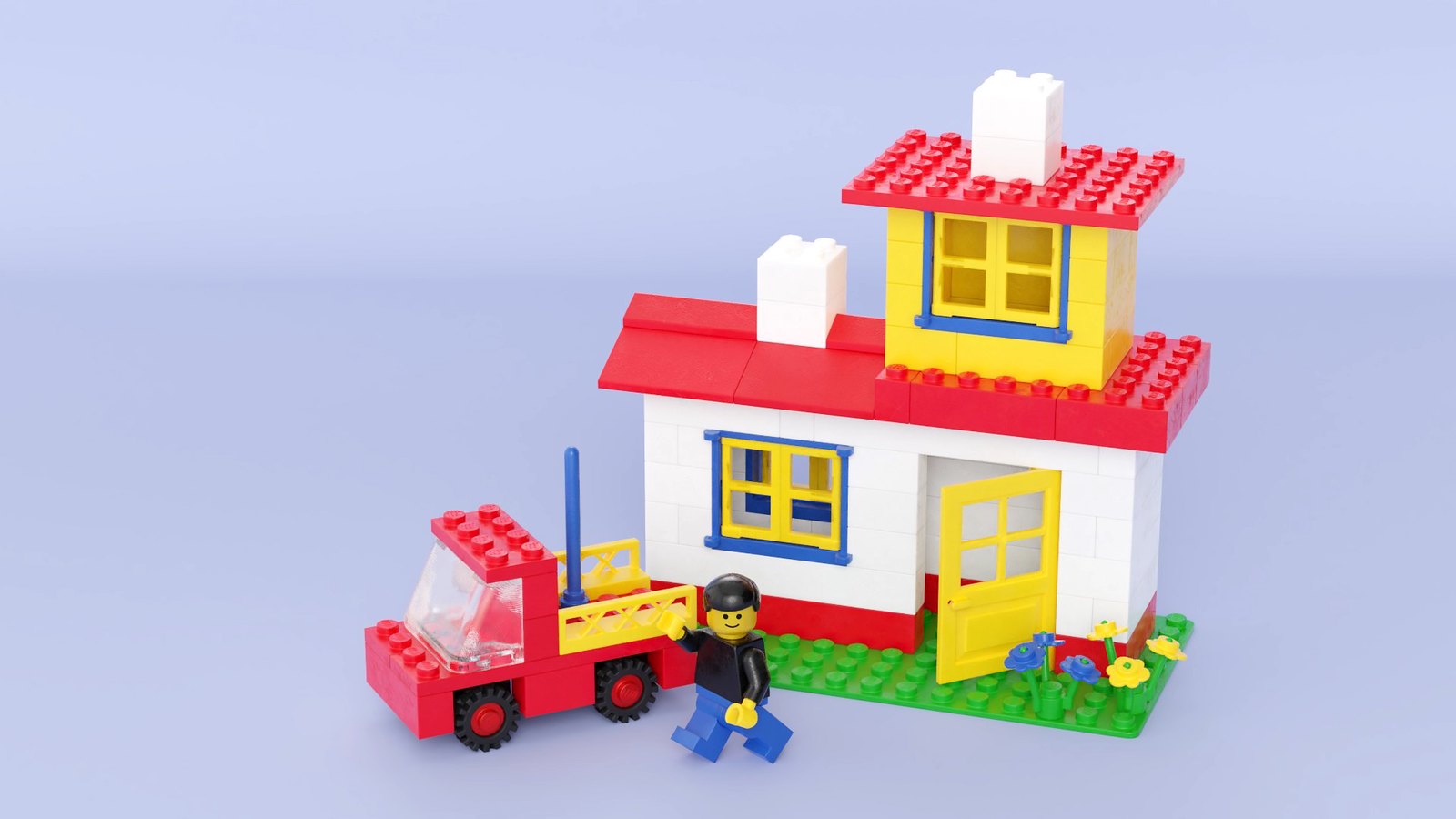 525 Basic Set—House and Car by Steven Reid, on Flickr

I think it came out pretty well. To be fair, I’ve been recreating models since I was a child using the LEGO catalogs. I may not always get it perfect, but I can usually get close.

Shuttle—May 27th
Playing around with Mecabricks online rendering using a shuttle model I pulled off Pinterest. I think the shuttle was originally a ripoff model based on one of the LEGO mini builds. It had some unique pieces, so I modified it to fit with the pieces in Mecabricks. 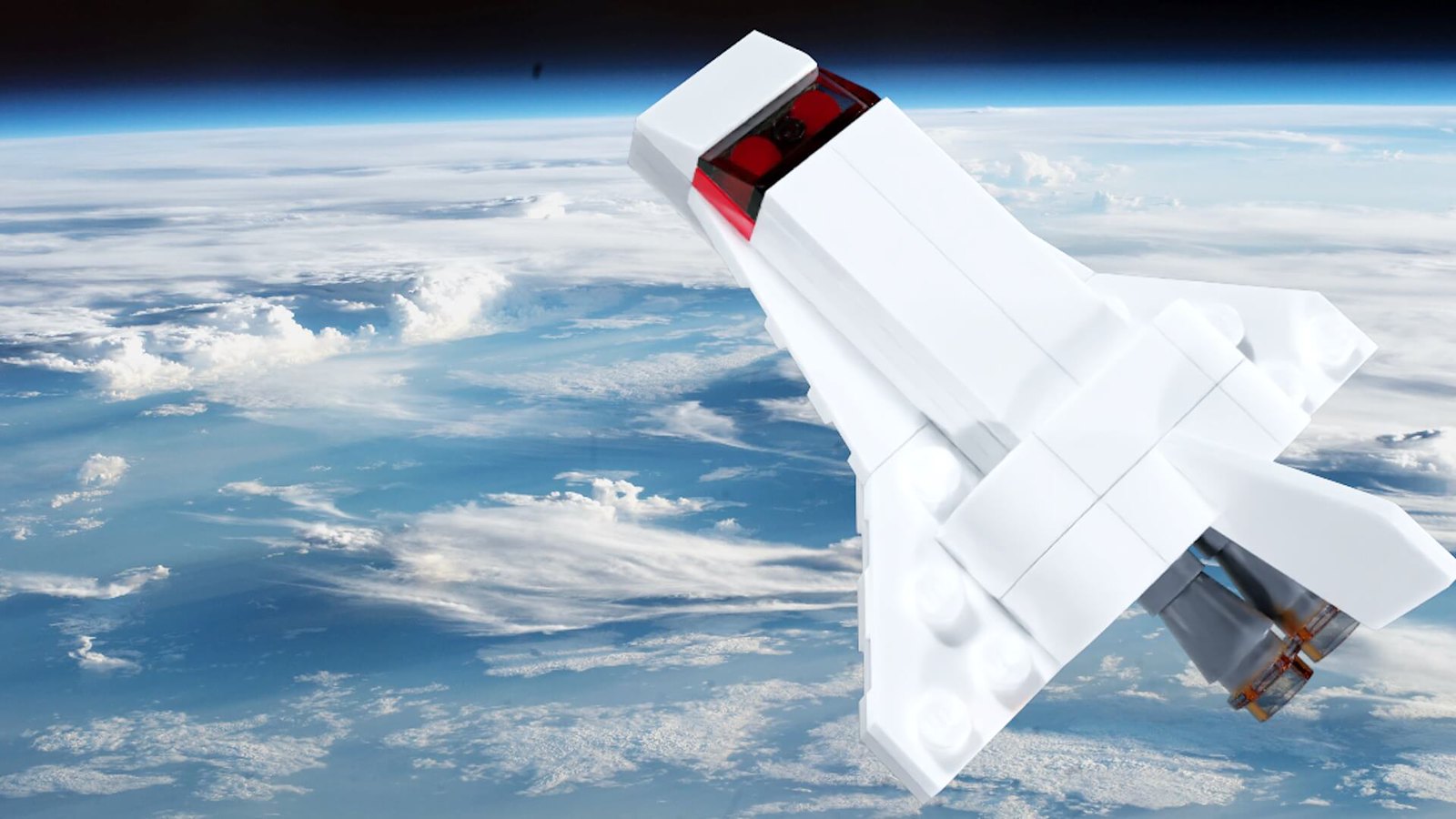 Given this was an experiment, I rendered the shuttle a couple of times trying different settings. The aspect ratio was off a bit the first couple of tries. I also didn’t like the orientation of the shuttle, even in the final version. I also turned on the Intel denoiser.

After some resizing and cleanup, the image came out quite nice. But, I think the lighting is a bit harsh. The background image is reused from another render of mine, so it isn’t as unique as I would like.

Shuttle and Earth—June 2nd
Not satisfied with the last render, I thought it worth revisiting today. Unlike the previous one, this is a local render of the shuttle using the latest Blender 2.80 beta build. Given Mecabricks recent released a new Advance Script, I updated that as well. 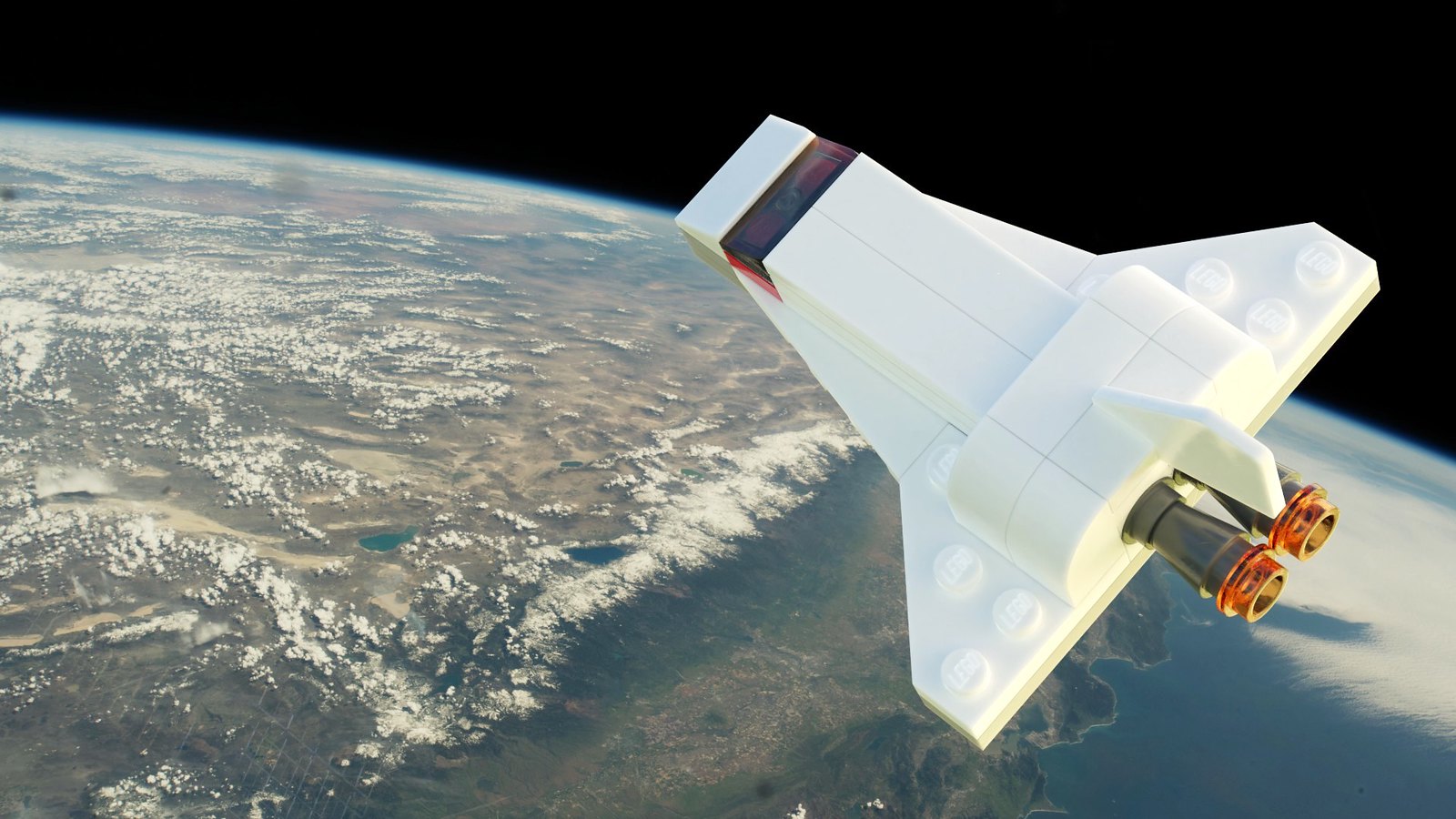 For this version, I used different lighting and background image. Although the light probe is more interesting, I did have to boost the exposure a bit. The first render was a bit dark. I grabbed an image the Earth in low orbit from NASA. I live on the West Coast of the US, which this image shows off some parts of.

I think this final version looks significantly better. The engine colors look correct in this one. The first render causing the orange color to fade to transparent and I wasn’t sure how to fix it. The lighting and backdrop just look better overall. Although I have a much slower computer, I’ll stick to local rendering for now.