Starting the year off with new renders of old LEGO sets. Both of these are from 1976 and are great examples of the styles from that era. Trying out some different lighting techniques, I enjoyed rendering these as much as building them.

455 Learjet
Great little airplane from the late 70’s, the cover image was what caught my eye. The angle and lighting are interesting, and wanted to see if I could replicate it. Mecabricks is missing 8 (wheel holder), so substituted out with different wheels. I like the lower profile, but will swap in the real piece should it become available. 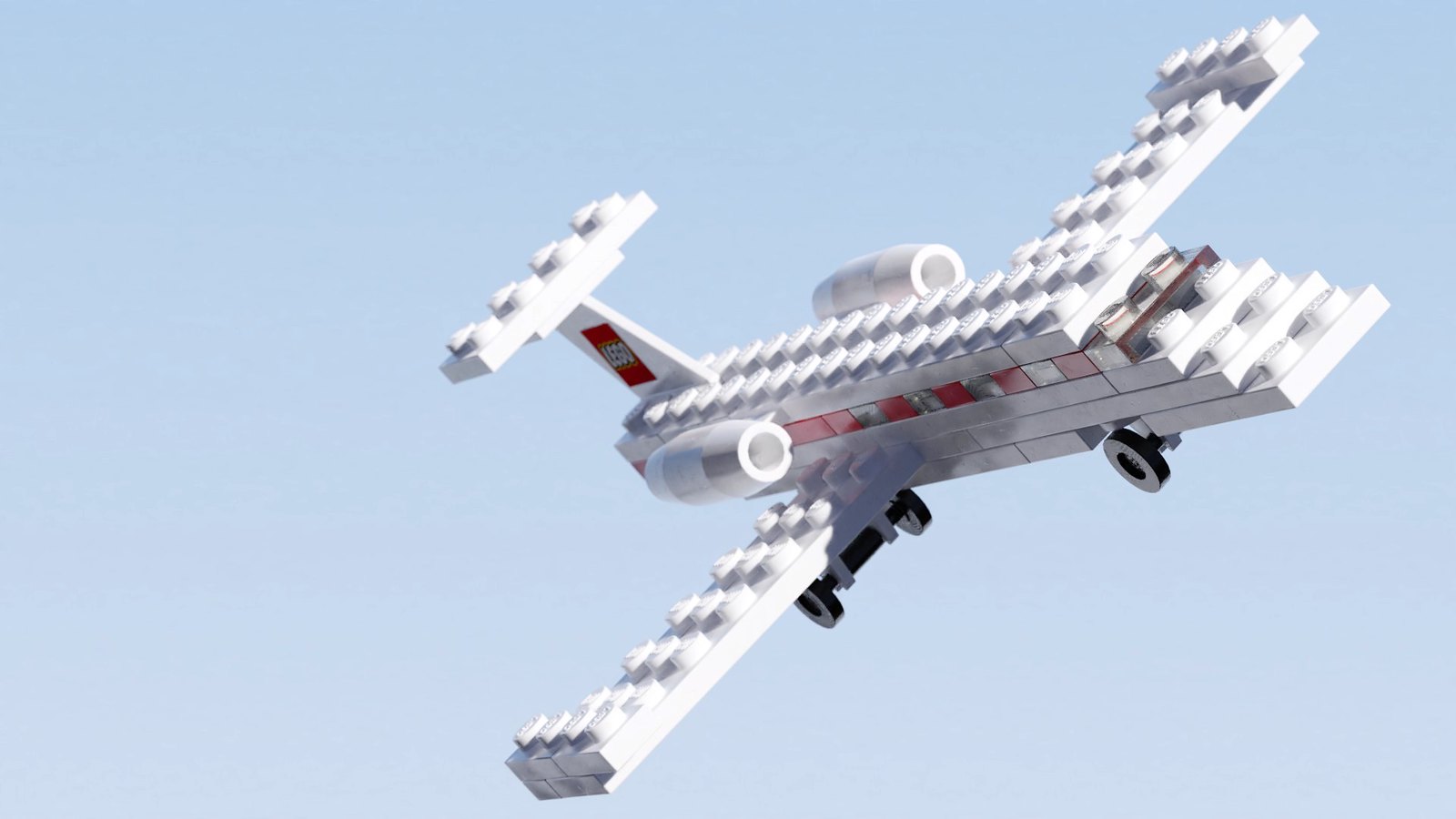 550 Windmill
Another great set from 1976. Minor part substitutions and recreations, but keeps the vibe of the original. The build went quick, with only 210 pieces. Helping out, most of the missing pieces I'd already built before.

Intrigued by the green of the original background, my attempt to recreate using lighting was a bit too stark. The green tone added to the pieces was a bit much. Still keeping some amount of green in the HDRI, the final version looks better. To simulate the background, I used a green gradient image I whipped up for the render. 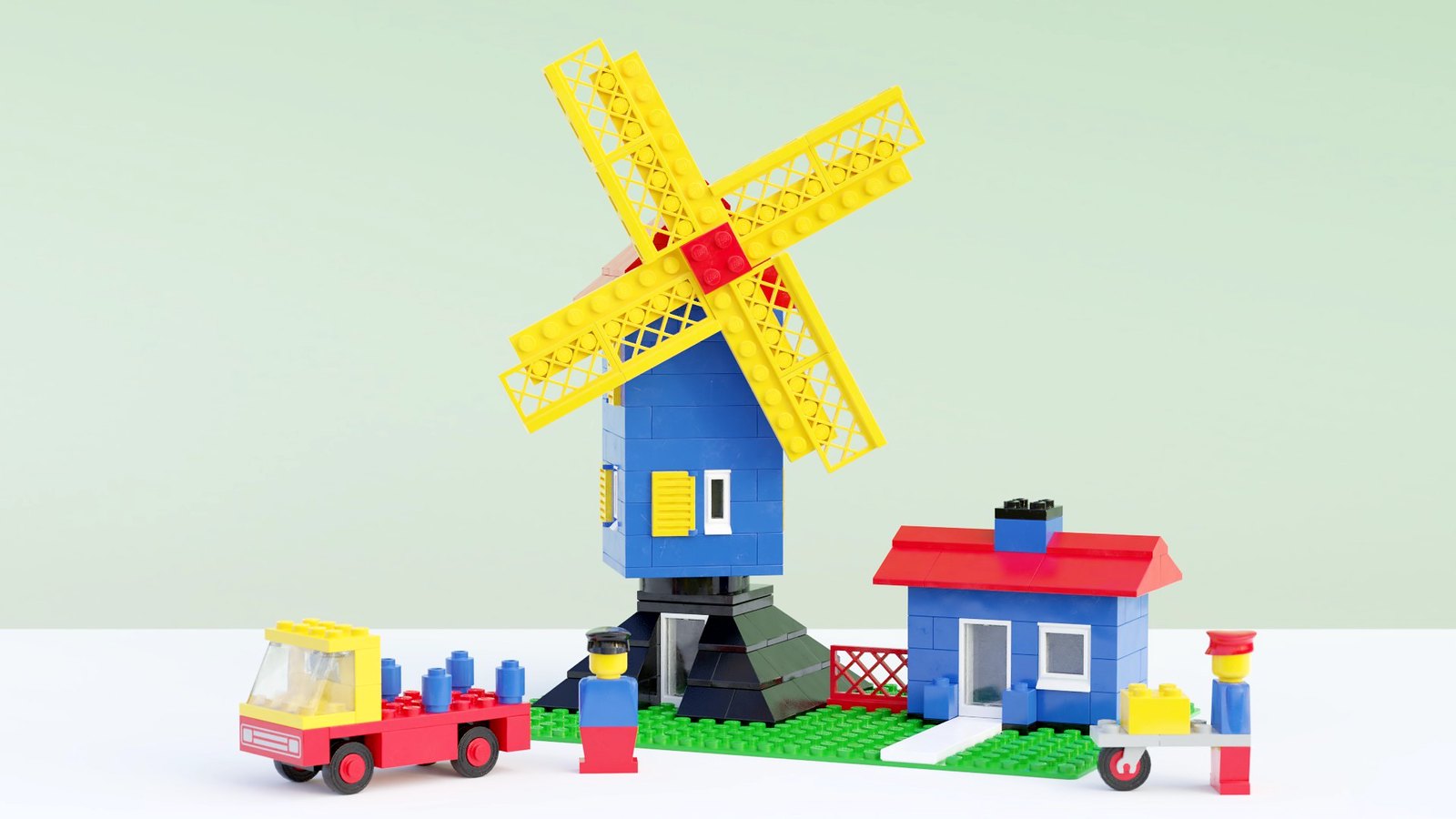