I was actually working on a different model when an idea struck me. Wanting an object to look abandoned and old, I grabbed a spider web and threw a black spider in it for fun. But, the web was too large, so I left it off to the side. Getting back to it yesterday, inspiration took a different direction. 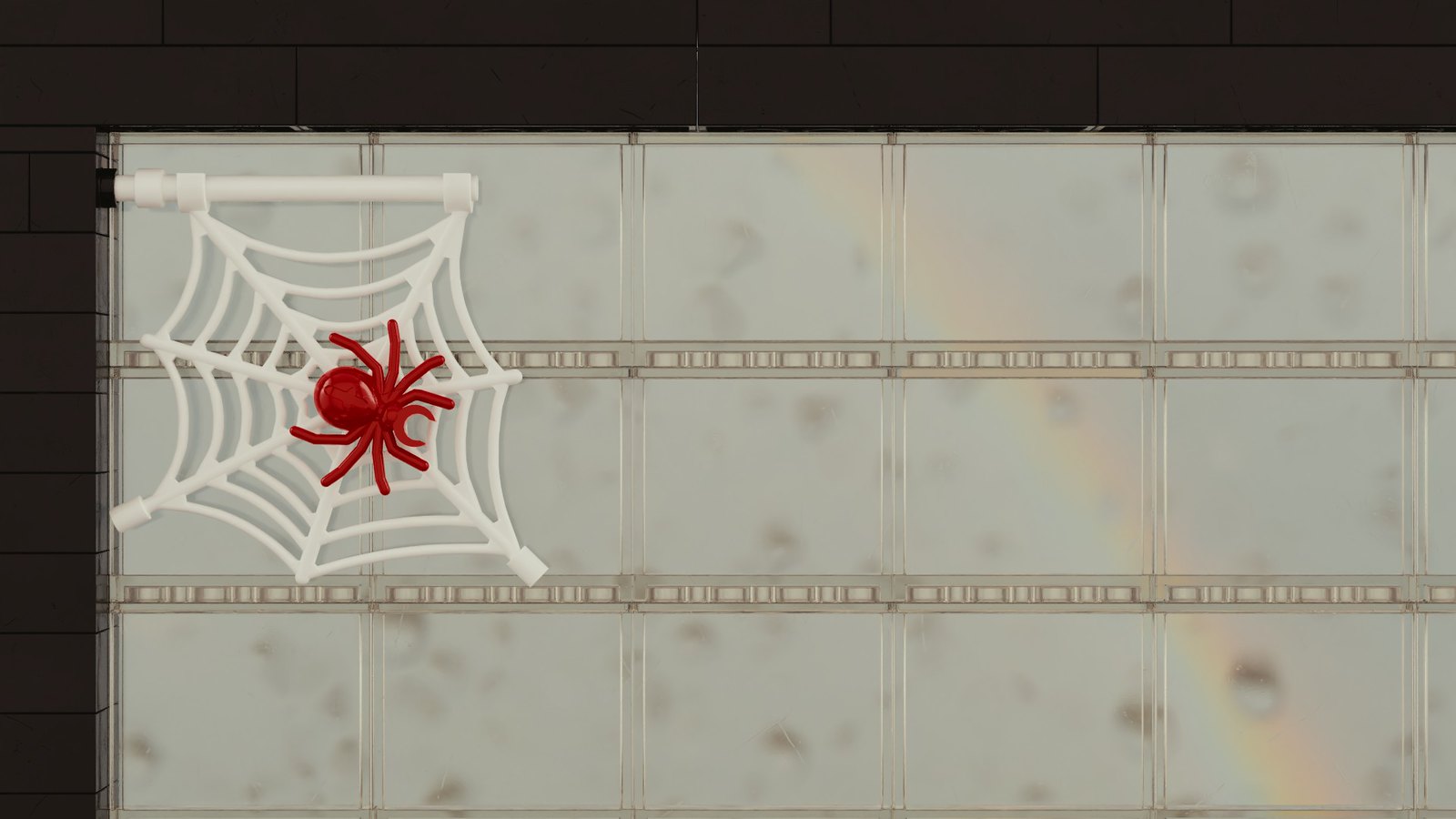 Window spider, don’t bite me.
Returning to the original build, the spider and its web struck me. Although not touching the scene for over a month, I still had the thought of putting the web inside a box. Deviating from my initial undertaking, I built a box to put the web in. Too small, I started to make a bigger box before abandoning the idea for something else.

Instead of a bigger box, I reminisced about a time when spiders would nest in my window. When we lived in Georgia, a large spider covered our window with a web. There was a light outside that would create cast a shadow of the web and his body on our blinds. A little too creepy, I decided to take a more subtle route.

Building a window.
I built up a window around the smaller web and spider. Yes, the walls are black, I thought the darker color looked better. No, my walls aren’ black, but the spider’s color did need to change. I turned it red after verifying you can get it in that color.

I spent some time finding a good way to anchor the web. The first few pieces or positions I used didn’t work. I swapped out pieces until I arrived at the final configuration. Who knew two pieces would be such a pain.

It was fun putting the window pieces together. The glass sits on a ledge, but you can’t see it in the final render as I decided to focus on the spider instead. Once exported, it was time to get it into Blender.

Focusing on the subject.
I had thought to do a night scene, using some focal blur to create bokeh. Although a nice idea, the window tended to get in the way. Plus, it required lighting the spider which didn’t appeal to me. In the end, I scrapped the idea for something else.

Importing an image as a background, I stuck with an HDRI to light the scene. After adding in some focal blur, I did my first test render. Yuck, I had fingerprints all over the window. Time to tweak the materials.

The second render looked much better and became the final version. I used filmic to improve the lighting. In the nightly build I’m using you can also select different looks, even after you render. Fitting my mood, I used the Fujifilm F-125 in the final render which gives it a yellow tint.

Now, as long as the spider stays in the window, we’ll get along well. If not, the broom is coming out!