I’ve been a long time Star Trek fan, predating Star Wars by a few years. I have fond memories of watching the original series in re-runs, but it was TNG that rekindled my fandom. I even went to a convention while living in Indy. So, it should be no surprise that I built a version of the Enterprise D using only basic LEGO bricks. This is the story of my attempts at rendering it.

Back to the basics—bricks that is! 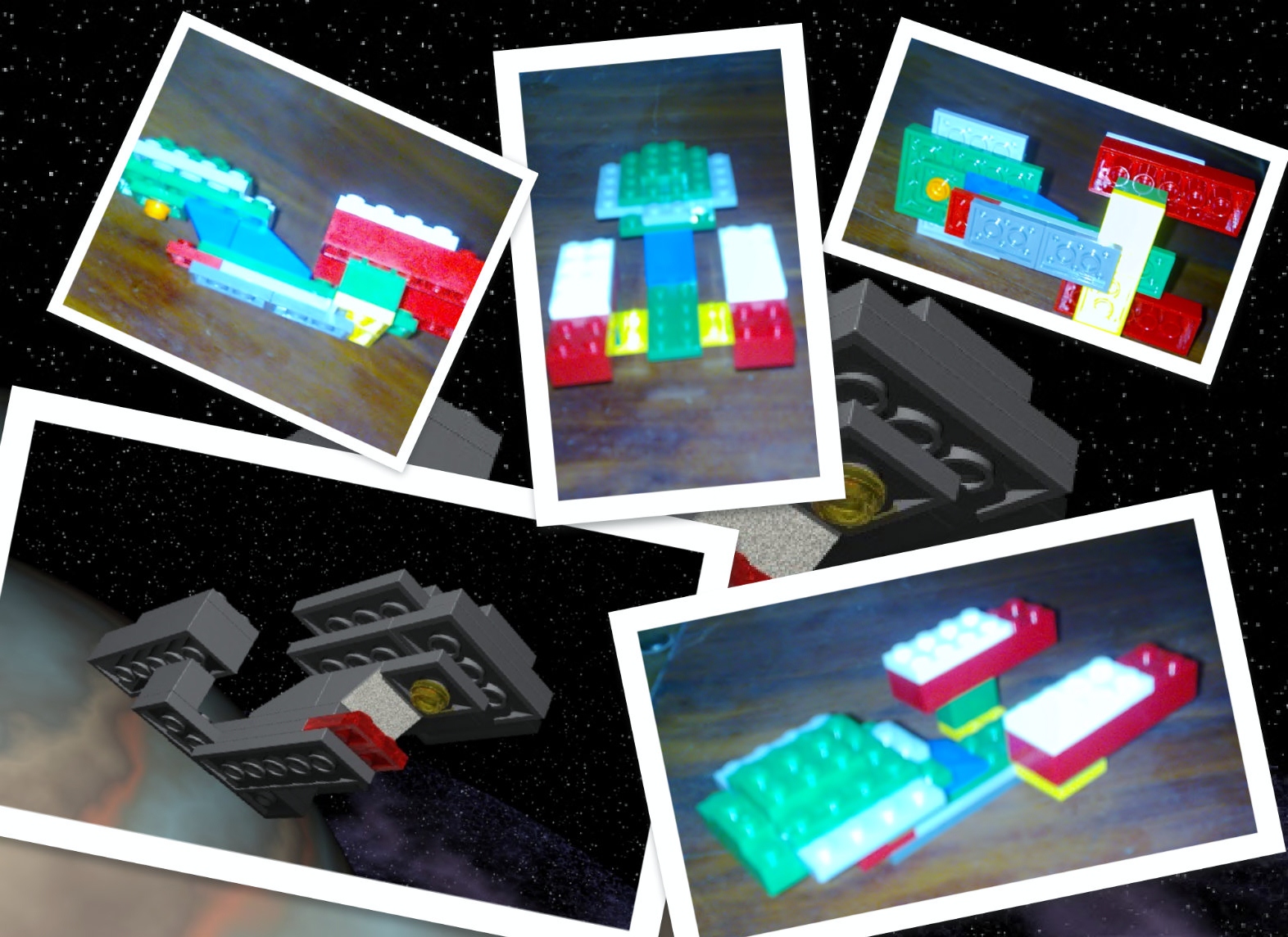 As you can see, the pictures I took aren’t the best. Yet, it didn’t matter. My plan was to model it, not build another. Returning home, I quickly fired up LDD and set about recreating the iconic ship. It didn’t take long, the ship isn’t that big after all. What’s interesting, though, is I didn’t need to do that, as I’ll explain. But, I’m glad I did.

My first render with POV-Ray.

I’d only just started using LDD, many of those images I’ve shared here before. I’d mostly been trying it out to see if I could build more complex models that required pieces I didn’t have modeled. For almost everything else, I used POV-Ray.

Excerpt from my POV-Ray script:

Given there are only 26 bricks in this model, it didn’t take me long to build, nor did I need LDD. I actually spent more time adding elements from other libraries to the model. Adding stars, planets and suns, my simple model now looked more interesting. I have several versions, but this last one, recently rendered in a larger size, is my favorite. 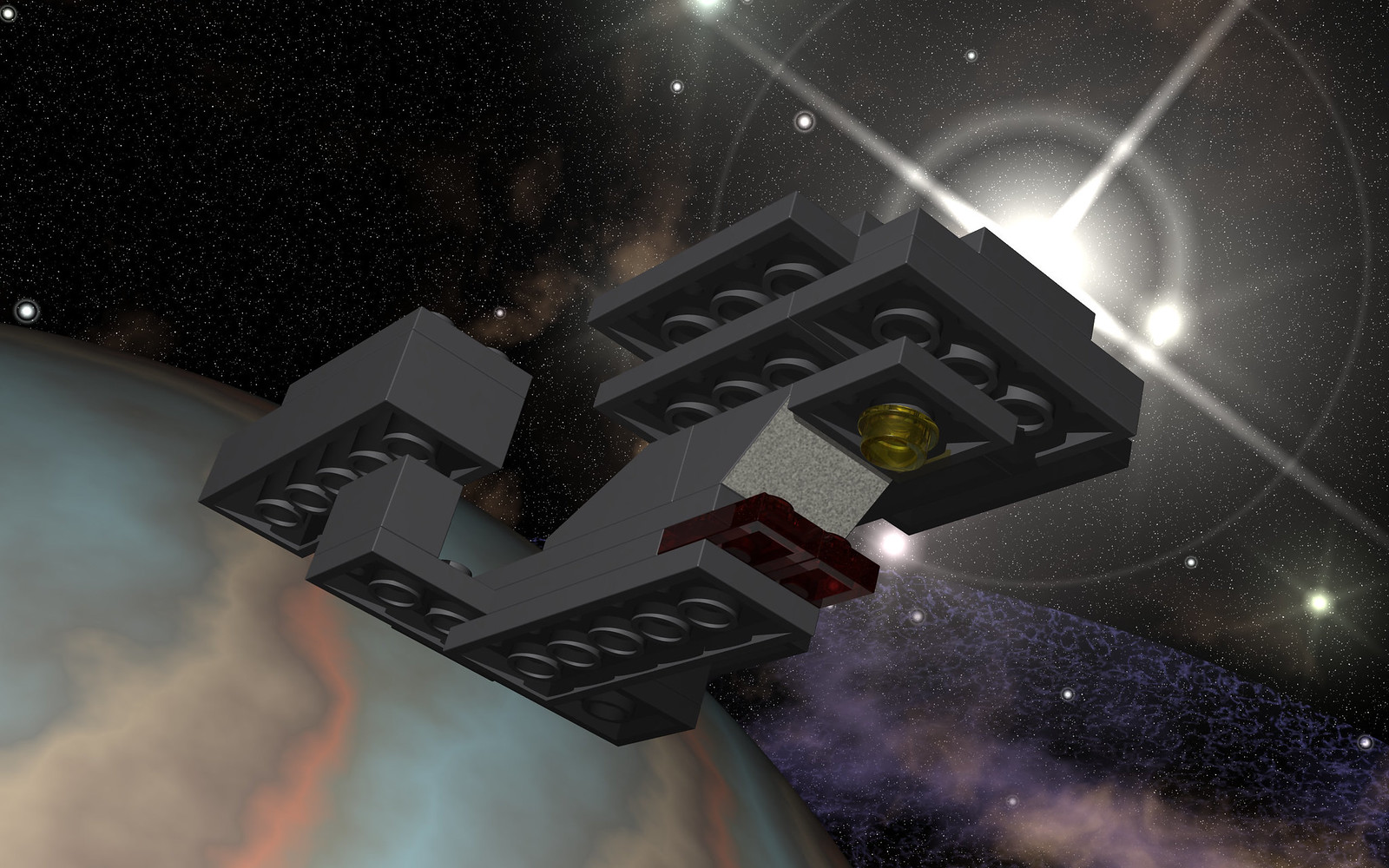 Well, actually, a lot of time passed by. About 6 years worth. I’d pretty much forgotten about it until I discovered that stash of LDD files a couple of weeks back. Now, all of a sudden, I had a new mission: to import them into Mecabricks. This was my chance to breath new life into the Enterprise D!

Okay, there isn’t anything to spectacular here, but I had to share. Upon posting it to Mecabricks, another modeler was inspired and posted his own—ahem, better—creations. That said, I still like my model and, if you are equally inspired, can make something of it on your own. The community aspect of Mecabricks is one of the reasons I find myself returning.

That, and feeling like a kid again. Uh, never mind.

Which brings me to the real reason for the post. Sharing some cool Blender renders. In some ways, they don’t compare to the POV-Ray version at all. I’m still amazed at how easy it is to render my models. This one actually forced me to learn how to add objects so I could render against a black background. 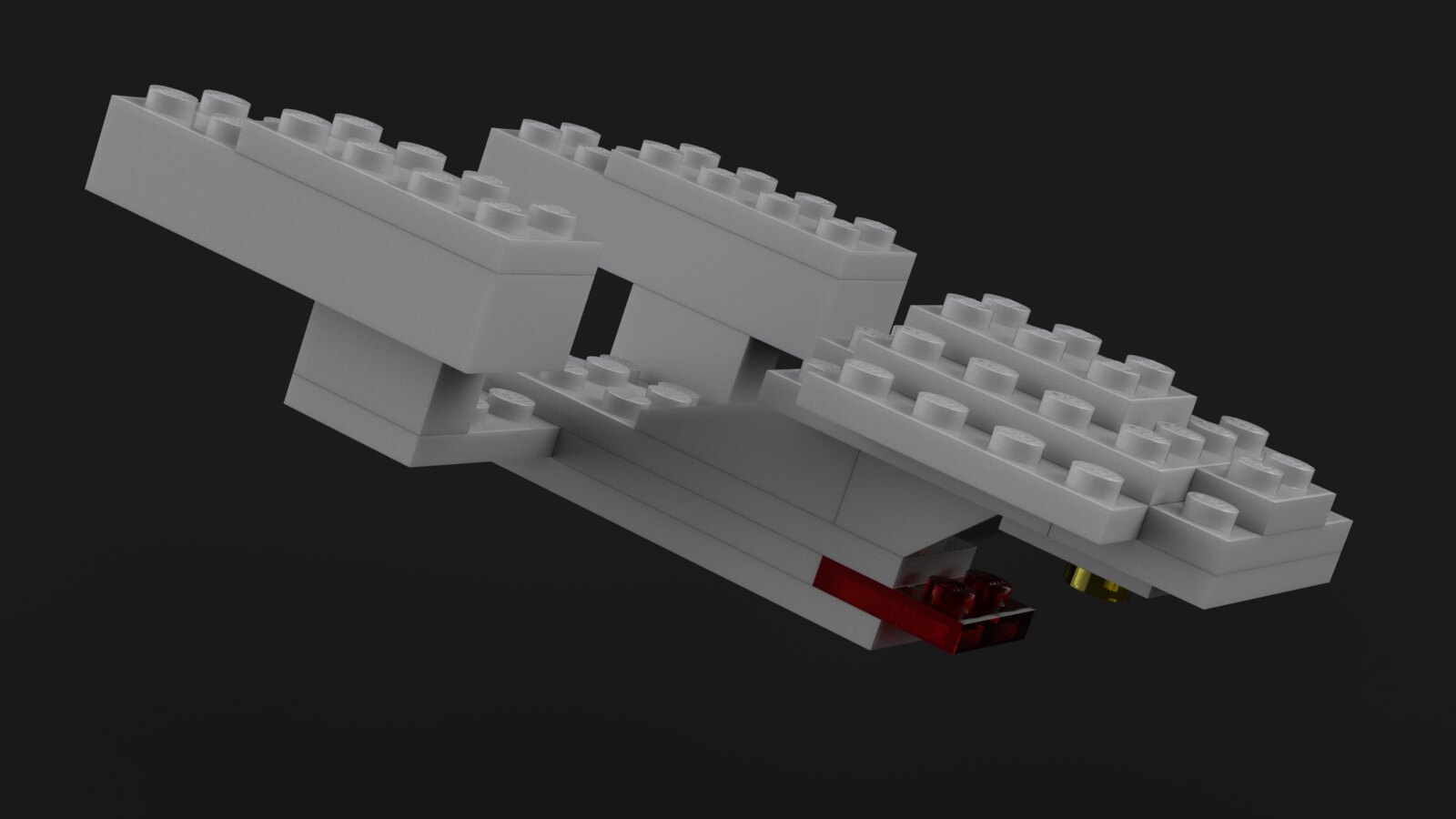 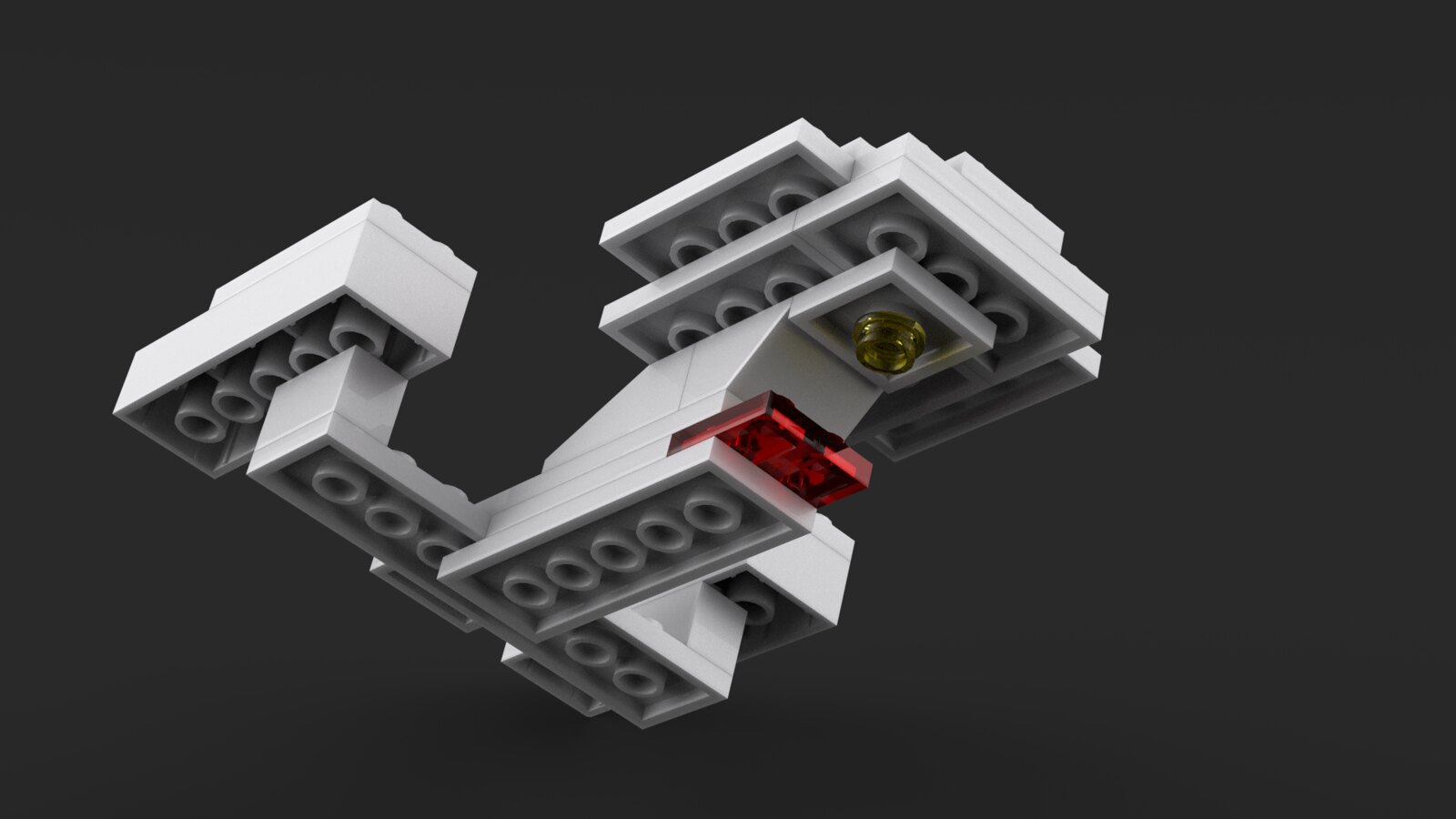 Although they look good, I can do more. I’m still playing with light emissions to see if I can add a glow to the model. I tried to render a background image, but it didn’t work. I’m sure I’ll figure it out, but until then I still think the POV-Ray version looks the best. It may not have the same material look, but the rest of the image feels more interesting.

I don’t expect that will last long.

I like reading your blog post. It is nice to see what happens behind the scene.
For good blender resources, don't hesitate to check Blenderguru. You will find some awesome video tutorials and tips to go further.

Hey, thanks for the comment and the read. I’ll give that site a try.