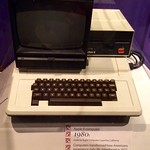 Okay, you may be wondering why there is a picture of an Apple II on a ZX81 site? I’ll start by saying that it’s been a pretty busy May with lots of travel for both business and vacation. The picture is from the Smithsonian and it actually does relate to May’s program of the month, Wizerdry. Yep, I spelled that wrong. I'll chalk it up to being young. Can you guess the tie yet? 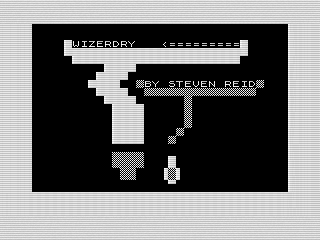 You see, one day I made it to a friend's house and he just happened to own an Apple II. New to me, he loaded up a game of his called Wizardry. For those of you born after the early eighties, Wizardry is a fantasy game with monsters and heroes. It was a pretty short introduction, but I thought it cool. Elements of the game became part of many ideas that I designed. Some I got around to programming, like this one. Some of those ideas I didn't get to live only on paper.

My Wizerdry is not a game. Instead, I created a little graphic demo program. It was one of the few programs I actually showed off to my friends. It is mostly a title graphic with some interesting smoke effects. A simple series of loops and print statements that ends up not looking half bad. In fact, it is one of my favorite that I still look back fondly on, even it isn’t all that exciting by today’s standards.