It’s been awhile since I rendered a LEGO model. Checking into Mecabricks, I noticed a comment that the name plate for my Sydney model had been added. Although someone had been kind enough to add it to the model, the render was now out of date. So, I got to work updating it! 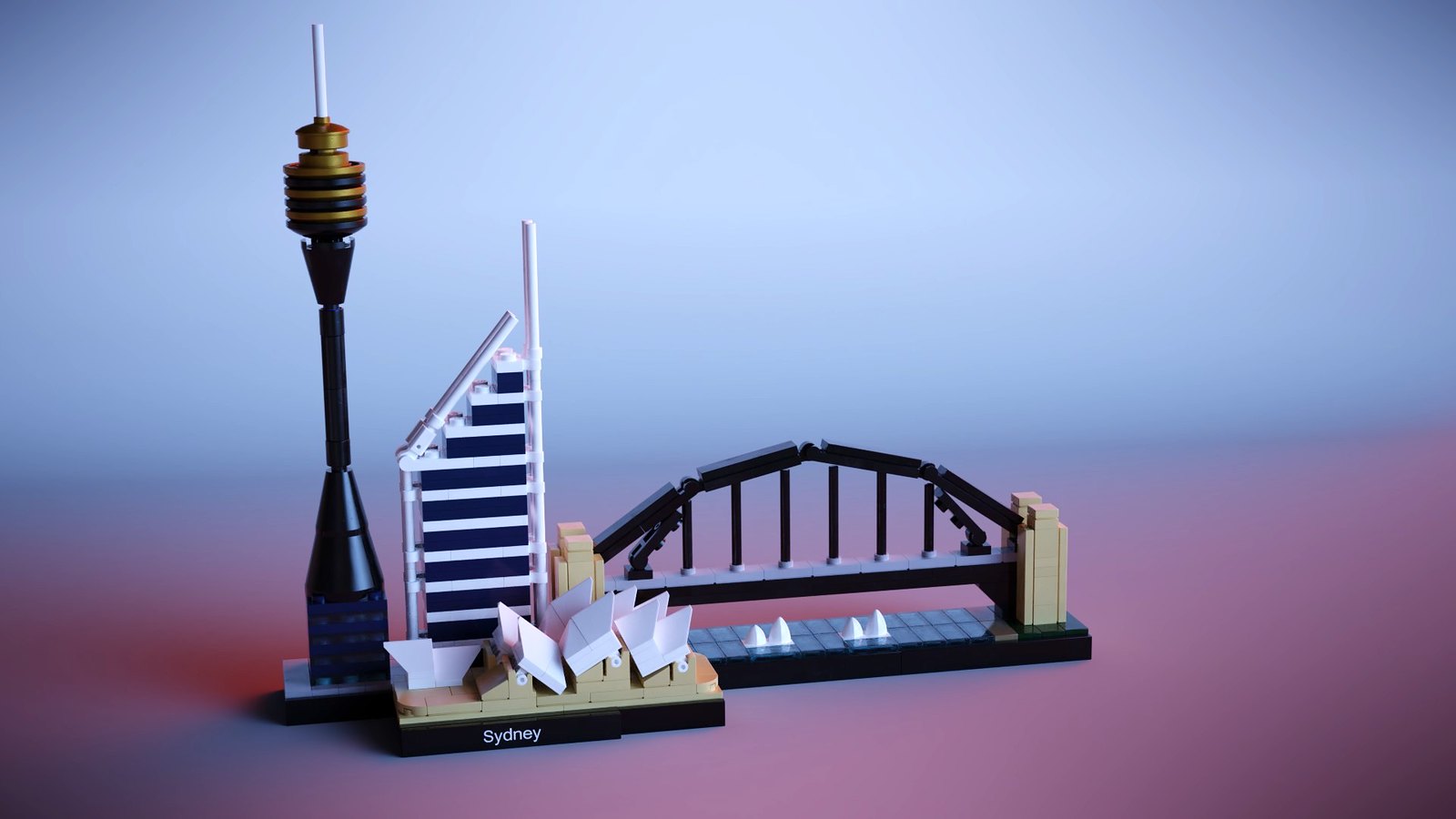 Repeating isn’t easy.
To my dismay, I’d forgotten my own workflow. After fumbling around a bit, I was able to export my model in the correct format. To my surprise, Safari works now—it adds a little file icon in the address bar for the download. Once I got past the easy part, my struggle only got worse.

I opened up my original Sydney render, which threw me for a loop. Apparently I saved it when the render was a separate window. I was completely lost for a bit until I figured out I could close it. Whew.

I thought I might be able to import the model into this Blender file, but no luck. It was for an older version and things didn’t quite work. It was to my advantage, though. I needed to fumble around in Blender again to remember how things worked. And fumble I did. It took me more than a few minutes to find the settings I wanted before starting over.

As fortune would have it, I still had my render history in Blender. I was able to find my last template file and get things started. Back drop and HDR updated? Check. Model imported? Check again. Camera moved and rotated? Well, after a few minutes of key guessing—check. A few more minor tweaks and I was ready to render!

Although I didn’t grab the old camera positions, the final render was close enough. It didn’t take too long either. You can tell it is a different template when compared to the original. This version isn’t quite as shiny, but it looks quite pleasing and realistic. The perspective is better as well, showing more of the model.

So, 2019 is starting off well. Let’s see if I keep this up throughout the year.