Yep, I did it. I purchased a template to render LEGO bricks. Given the many years spent developing my own, I never thought I’d say that. To be fair, it was about time. Mecabricks creator Nicolas Jarraud (aka Scrubs) developed a great product. Below are my first two renders and the results, as expected, are fantastic.

Inspired, yet again.
Brickset.com recently posted a great article called “The anatomy of a BrickHeadz.” In it, they walked through the latest line of collectables from the LEGO® group. Chunky and cute, they should do well. Personally, I’m not a big fan yet, but might still grab the Beauty and the Beast ones for my wife.

In that article, they show cased Will Kirkby’s creations, including Greedo. Will’s designs looked like digital creations, given the lack of bevels, sparking a desire to render my own. Smitten by Greedo design, I set about building it in Mecabricks. And there it sat.

Test render.
Time and other distractions conspired against me. Greedo sat there in my account, ignored for a month. But, then Scrubs’ released his Blender Advanced script. I’ve been using his so called Lite version for months with excellent results. To be honest, it’s worth the buy; especially if you want to an easier way render your models.

For me, the added realism is what drove me to buy it. I’d been toying adding scratches and dust to my renders, but the Advanced script does it for you. As a plus, it removes much of the initial setup I had to do in the Lite version.

Armed with my Greedo model and Advanced script, I tried it out. The results, below, looks great, showing off Will’s design quite well. 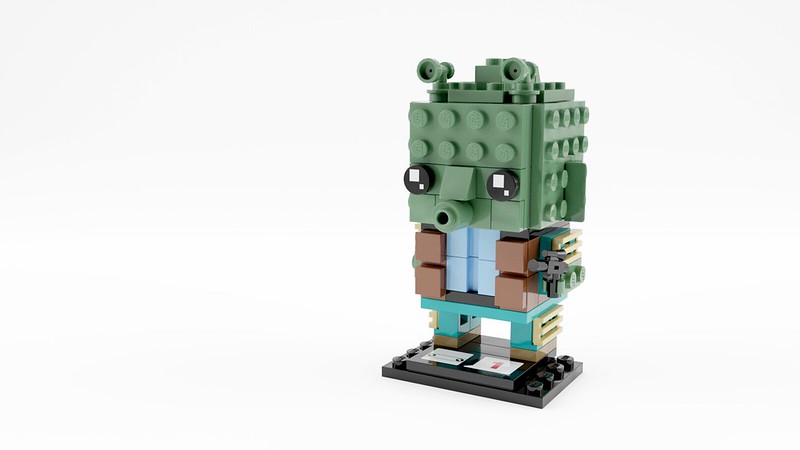 Greedo Brickheadz by Will Kirkby by Steven Reid, on Flickr

Not quite done.
The render was well received, but I wasn’t satisfied with the look. Scrub’s noted that the antenna weren’t round, which threw off the realism. My attempts at using Scrubs’ subdivision.py script often break some pieces geometry. Instead, he offered a suggestion.

I’d already been tweaking the lighting of the model, so I took the opportunity to try his fix. The more rounded pieces and updated HDRI better show off the script’s materials. Notice that the pieces on the left side of Greedo’s head aren’t flat. 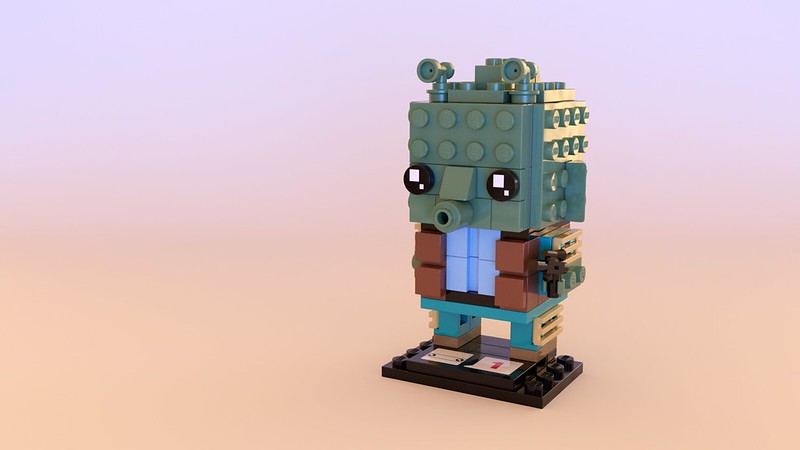 Updated Greedo Brickheadz by Will Kirkby by Steven Reid, on Flickr

Love the articles you post on your blog and that is why I always come check if you posted something new. Not to mention the kind words about mecabricks in this one :-p

Thanks Scrubs. Easy to be kind with all the hard work you put into your site. Needless to say, I'm a bit jealous. 😃