Although I enjoy seeing the finished product of my LEGO renders, it is the process that engergizes me. The acts of learning, refining, and failing each add to my body of knowledge. Let’s explore some of that using my 8029 Mini Snowspeeder.

Without continual growth and progress, such words as improvement, achievement, and success have no meaning.
– Benjamin Franklin

Start from the beginning of the end.
By the time I built 8029, my tastes were changing. For the longest time, my joy of rendering LEGO models was in the output. I wanted to showcase the models in fun and interesting ways. But the tedium of building bricks and models in scripts was wearing on me. I was looking for ways to speed up the process.

Two things started to change in my rendering habits. In 2009 I started to dabble with Radiosity in POV-Ray. It looked great, pushing the realism of my models. Yet, it wasn’t easy to setup so I built a new template to help manage my renders. There is a downside—all my backgrounds started looking the same.

The second problem was building the models. POV-Ray’s scene description language (SDL) is powerful, but it can be tedious. LEGO bricks makes positioning easier, but complex attachments are still difficult. Enter LEGO Digital Designer. By 2010, a good number of my models were now built using LDD, include this Snowspeeder. 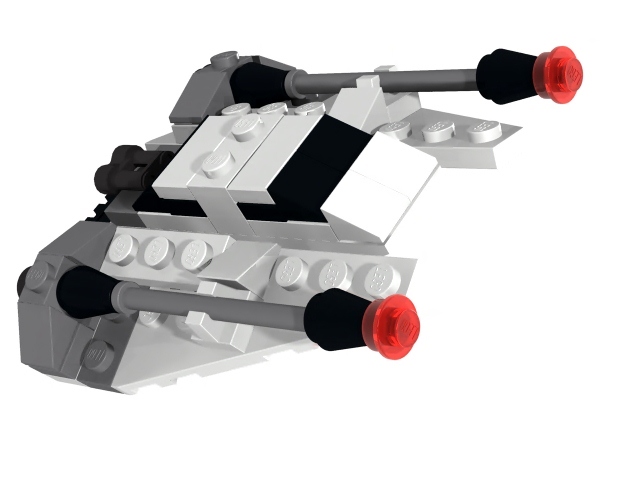 This sped things up and my images looked better. I could even use other brick libraries, reducing further the time it took me to complete a model. But, sometimes the output were boring and uninteresting. Not quite my intent.

New beginnings, and new problems.
There was a dearth of images from 2013 until last year. My workflow, although faster, was cumbersome. When I replaced my Windows laptop with a MacBook, I didn’t relish recreating it. I was making progress, but kept looking for alternatives. Then entered Mecabricks and Blender.

Since 8029 had been created with LDD, it became one of my first models to try out my new find. Although the results were better than ever, they suffered from my original problem. Here I was, still showing a pretty model against a white backdrop. 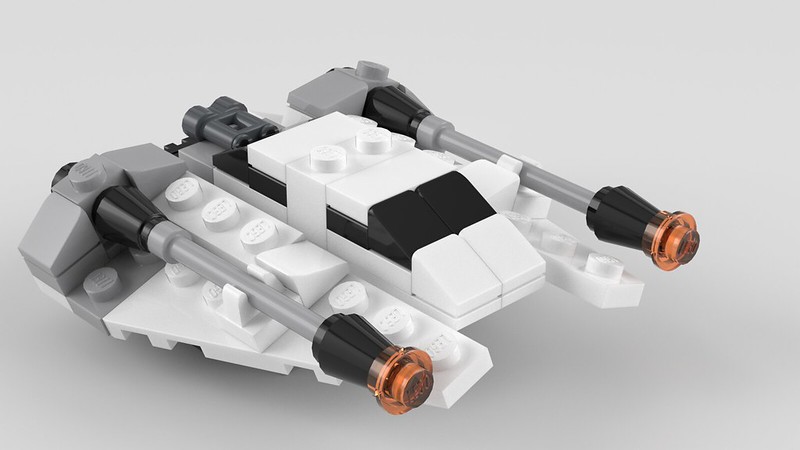 A modern twist on old roots.
Blender is great, but I suck at it. In part, Blender lacks an intuitive interface and can make simple actions complex. The good, though, is there are plenty of resources. I watched videos, read tutorials, browsed forums. I was learning, but needed to apply. 8029 popped back on my radar.

In many ways, it is a return to my roots. The model still looks better with the tweaks I’ve learned, but those are secondary. The snowy ground makes the scene and harkens back to some of my earlier renders. As simple as it may look, it took me hours to get things right. The results speak for themselves. I’m empowered as I continue to learn. 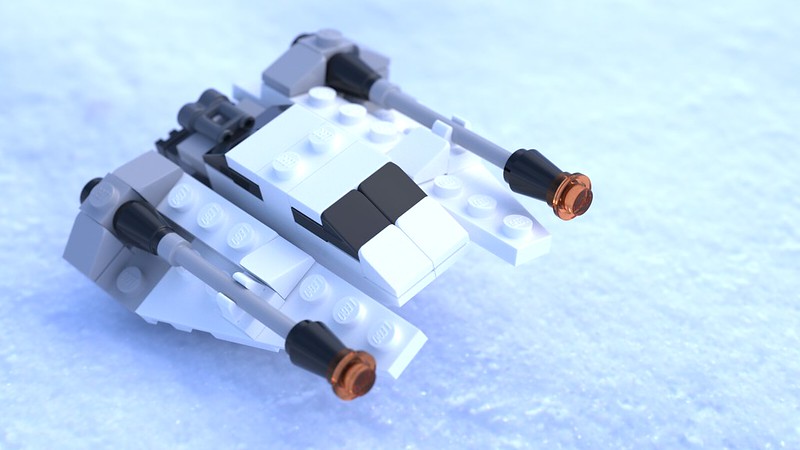 8029 Mini Snowspeeder on Hoth by Steven Reid, on Flickr