Trying to get back into my LEGO ray tracing yesterday, I begin looking for old instructions on the internet again. It’s been awhile since I’d done that. Like coming home after being gone awhile, I enjoyed browsing through the old and new scans that are out there. I remembered liking the old house sets and, when I landed on 353 Terrace House, I thought it would be nice to render it. Yet, something made me think I’d already done that.

This led me on a search to determine if, indeed, I had already built this model already. I started by searching my blog and Flickr sites to see if I’d uploaded any photos of the set. That search came up empty, leading me to dig into my POV-Ray source code.

Since getting my Mac, I haven’t rebuilt my rendering workflow. I’d archived off my POV-Ray files onto an external hard drive when I retired my old laptop. In testing, I’ve been rendering directly from that source. Perusing those old source codes, which sadly haven’t been added to since 2013, I did run across model 353. So, yes, I’d built the model but never published it.

In fact, I apparently created a whole bunch of models that I never bothered to share. Finding my old ray tracing pictures folder, I now have a treasure trove of models and images. Perhaps this will give me the excuse I need to update my LEGO site. Until then, here is the latest render of LEGO model 353 Terrace House with Car and Garage. 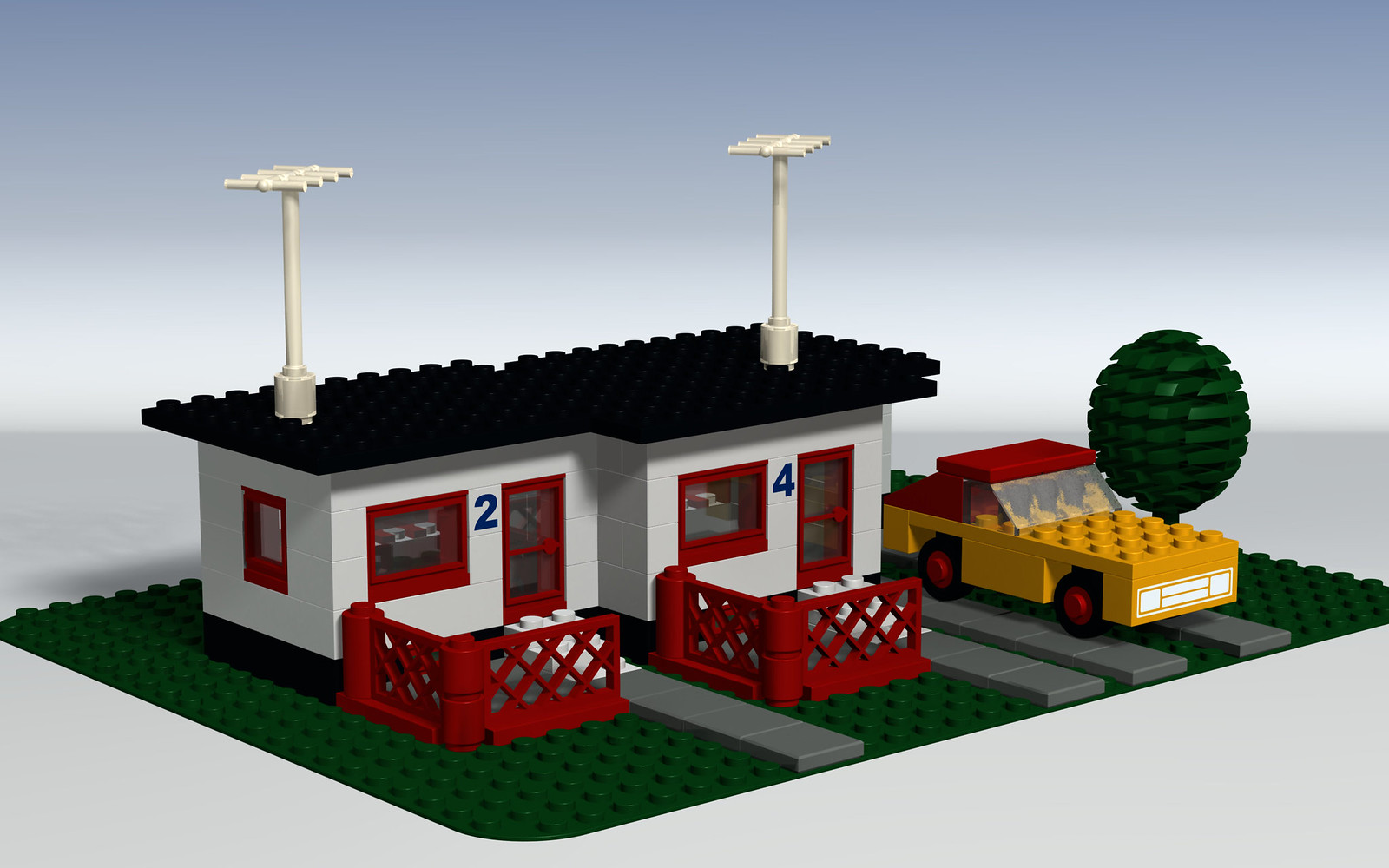 Rendered with POV-Ray 3.7 Unofficial on OS X, I doubled the resolution to fit the retina display of my Macbook. Released in 1972, the house in the model is actually a duplex. Although the set says it has a garage, it’s more of a covered car port. The car sits in a little parking spot in front of it.

I do like the look of the gray flat bricks that form the pavers and the way they let the green show through. Since I didn’t have the old style tree from the original set, I substituted another one for my render. The look is a bit dated though. Does anyone still have those antennas on their houses? Maybe I should substitute them for satellite dishes to update the look.