LEGO has launched a new Architecture line and I have to note that they are pretty impressive. So impressive, that I spent some time on vacation modeling the Solomon R. Guggenheim Museum in POV-ray. 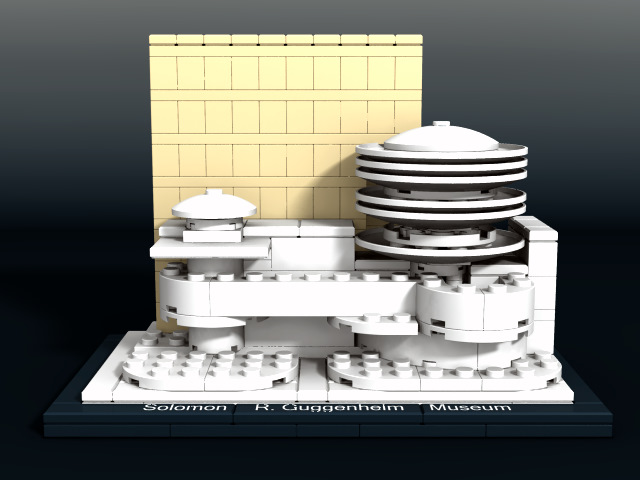 This model is a great example of the effort the LEGO designers, in this case Adam Reed Tucker, put into recreating the overall feel of the original buildings that inspired them. I applaud the direction that LEGO is taking. LEGO bricks were made for architecture and adding in the artistic flair seen in this new line makes them a definite must for the enthusiast. The models will appeal to the child in long time model makers while bringing a more mature feel to your collection. I recommend checking out the whole line for yourself. I know that I am!